Our next stop on our tour of Cambridge is Jesus College, which has a pretty impressive gate and building façade. 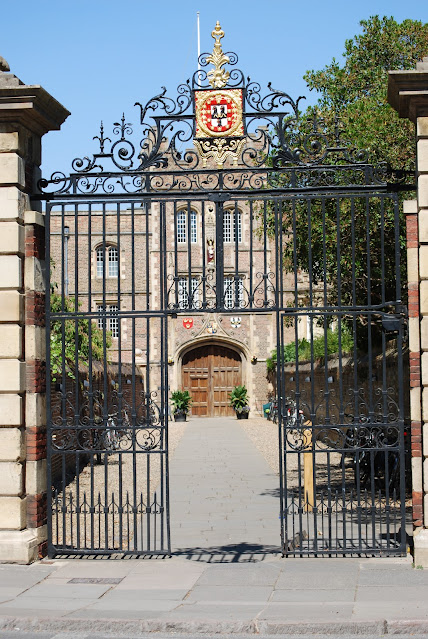 The College was founded in 1496 by John Alcock, the Bishop of Ely, and the arms of the College markedly refer to him. 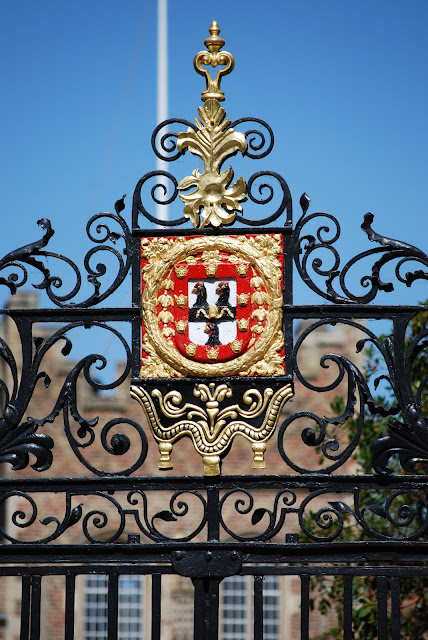 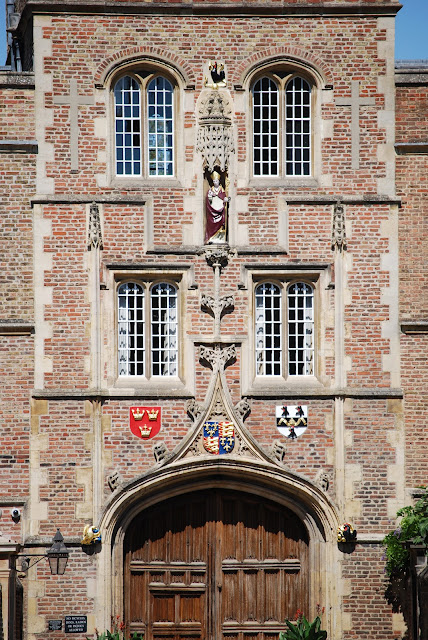 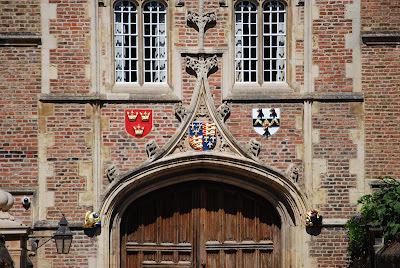 The arms in the center over the doorway are of course the Royal Arms of England at the time, Quarterly France modern and England. As the College was founded in 1496, these would be the arms of King Henry VII, who reigned from 1485 to 1509.
Flanking the Royal Arms to the left are the arms of the See of Ely, of which John Alcock was Bishop. To the right are the Alcock arms on which the fess is charged with a gold bishop's mitre, a way of making the Alcock family arms personal to him.
Further down, still flanking the doors, is a gold eagle wings displayed, on the left, and a cock sable combed and wattled gules, on the right. I am uncertain as to the provenance of the eagle, but the cock comes from Bishop Alcock's canting crest, Issuant from a ducal coronet or a cock sable combed and wattled gules. While I don't see the coronet with the cock (you can click on the image above to go to a larger, more detailed photo, to double-check me), the Bishop's crest is undoubtedly where the bird here originates.
Anyway, it's one very nice gate and even nicer façade, highlighting the arms of Jesus College, King Henry VII, the See of Ely, and the College's found Bishop John Alcock.
Going down the street a little ways, I also came to the Marshall Court Study Center belonging to the Jesus College, with its arms (without the bishop's mitre on the fess) prominently displayed on the door: 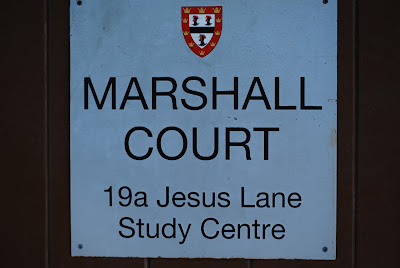