Some Methodist Heraldry (and Non-Heraldry) in Cambridge, England


One of the pleasures for me of being set loose on my own in a new town is the opportunity to find heraldry (and heraldry-like objects) on my meanderings.

In today's post, it was the façade of the Wesley Methodist Church in Cambridge, England which caught my attention, which, in addition to having two doorways with depictions of the alleged arms of Methodism's found John Wesley, also had other, some more and some less, heraldic items.
But first, the doorways: 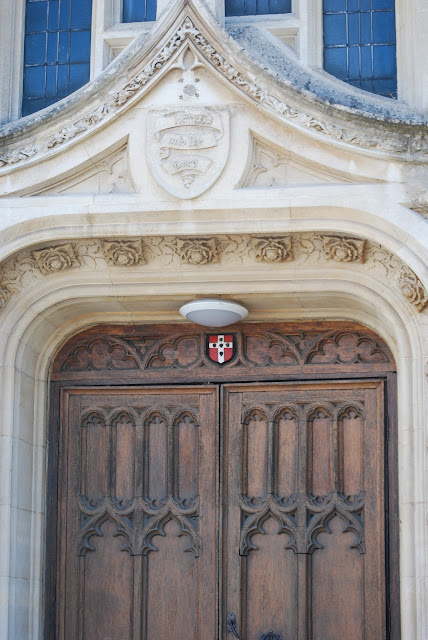 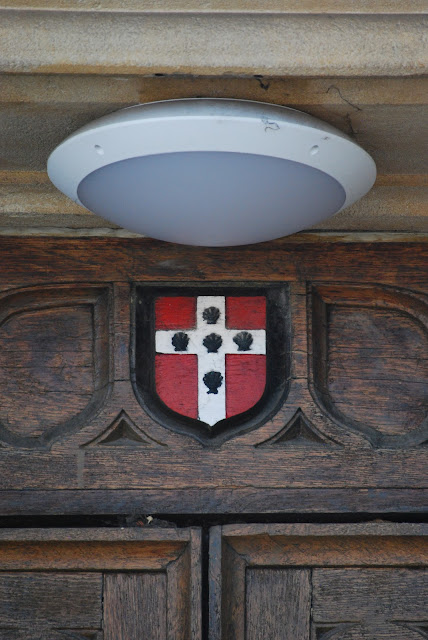 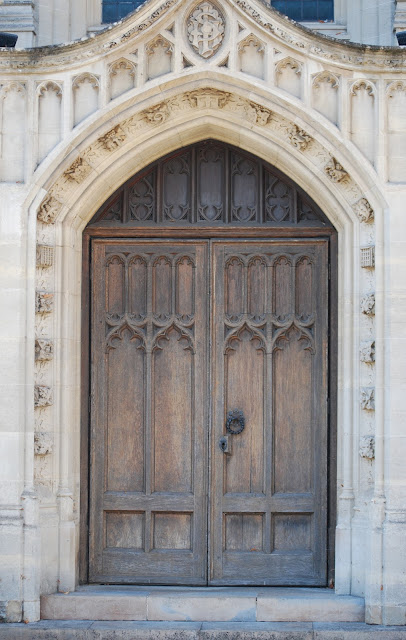 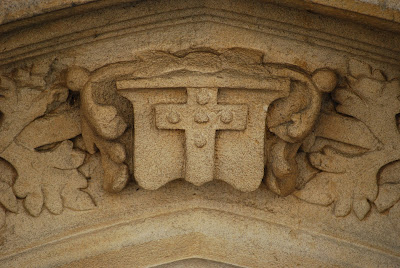 The arms here, Gules on a cross argent five escallops sable, may (or may not) be the arms of John Wesley's branch of several Wesley/Westley/Wellesley families. (See, e.g.. "The Wesley Coat of Arms" by Frank Baker, published in The Journal of the Methodist Historical Society of South Africa, Vol. ii, No. 2, August 1954, which can be found on-line at http://divinityarchive.com/bitstream/handle/11258/38834/109%20The%20Wesley%20Coat%20of%20Arms.pdf?sequence=1)

No matter its origins or its accurate attribution to John Wesley, these arms have nonetheless found a place as a symbol of the church he founded.
Also above each door is another shield, this time each one non-heraldic: 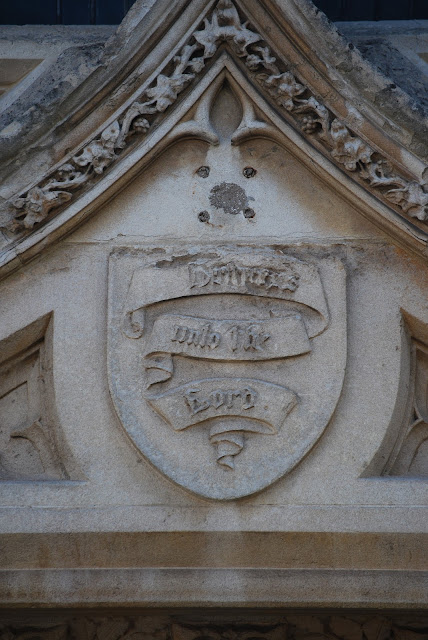 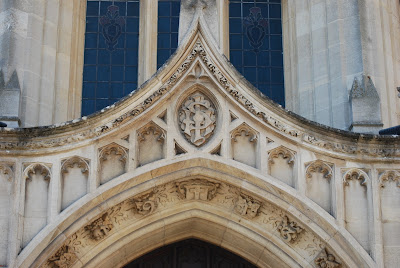 The first one (which goes with the first (color) coat of arms, is simply a shield with a scroll containing the words "Holiness unto the Lord".
The second is a pointed oval cartouche with the initials IHS, for Iesus Hominum Salvator (Jesus Savior of Mankind).
Also along the façade of the church are these angels holding shields, which may or may not be heraldic. 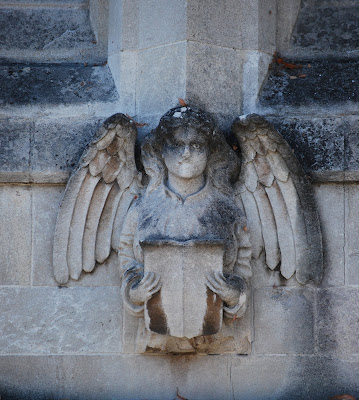 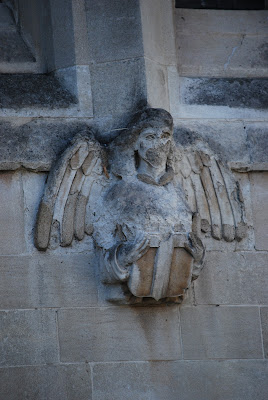 The first may be a plain shield, or it may be a shield divided per pale. Given that there are no other clues on the shield itself (you know, like charges), it is impossible to say for sure which.
The second is badly worn at the top of the shield, but I believe it to be a cross (and not a Tau cross). In may, in fact, be another attempt at the Welsey arms, but lacking the escallops it is hard to be sure.
In any event, the church is an interesting study in heraldry and heraldry-like features, and was well worth the seeing.
Posted by David B. Appleton at 2:00 AM