I've Been Proven True Once Again!


I've said it over and over, and periodically something will pop up that proves it true: You Can Find Heraldry Everywhere!

This time, it was on a personalized license plate on an automobile that was parked in a nearby shopping center here in the heart of the suburban Dallas, Texas area. 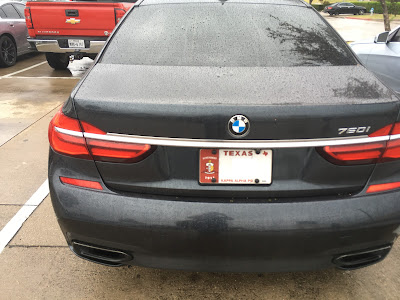 Don't quite see it in the photo above? Here's a close-up: 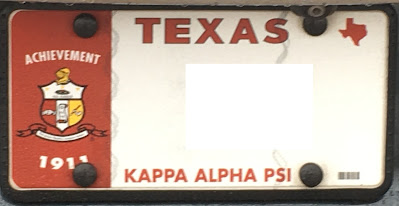 It's the heraldry-like logo of the Kappa Alpha Psi fraternity.
Here's a better detail of it from Wikipedia: 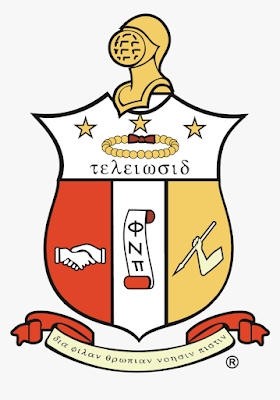 Kappa Alpha Psi is a historically African-American fraternity that was founded on January 5, 1911 (hence the "Achievement 1911" on the license plate) at Indiana University Bloomington.
Though the fraternity has never restricted membership on the basis of color, creed, or national origin, though its membership is primarily composed of people of African descent.
It has over 160,000 members in 721 chapters throughout the United States and and eight international chapters.
I could try to give you a blazon of the shield, but what would be the point? It's not truly heraldry, despite the shield, helm, and motto scroll.
Nonetheless, it is certainly "heraldry adjacent", and proof positive once again, that "You can find heraldry everywhere!" Even parked in a nearby shopping center.
Posted by David B. Appleton at 2:00 AM