Continuing our look at some of the heraldic stained glass in the Chapter House at Westminster Abbey (well worth the visit!), this time we have quite a variety of arms:
First, the arms of - as Shakespeare put it in the mouth of the herald Montjoie in his Henry V - "Edward, Black Prince of Wales":

Next, the arms of England, which should need no other introduction: 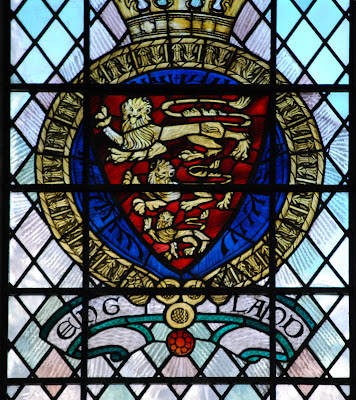 John Estney, died 1498, in his office as Abbot of Westminster:
George Shaw Lefevre, 1st Baron Eversley, a man who held many public posts over his career, and was created Baron in 1906. (As he died without issue, the barony became extinct.) 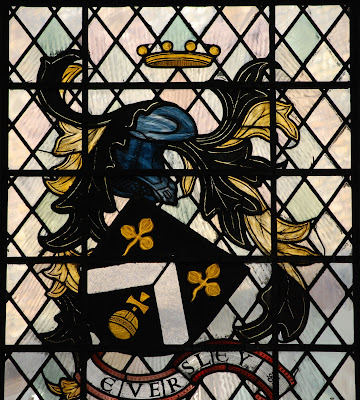 John Feckenham (died 1584), also in his office as the last Abbot of Westminster.
Another coat of arms which should need no introduction, France Ancient. 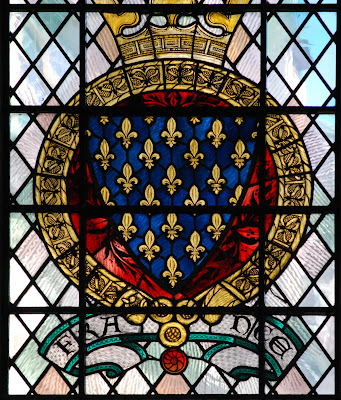 Another "foreign" coat of arms, the Holy Roman Empire in the person of the Emperor Frederick II.
Sir Benjamin Hall, Baronet, 1st Baron Llanover, Welsh civil engineer and politician. The big bell in the Elizabeth Tower at the Parliament Building, "Big Ben", may have been named for him.
John Islip (1464-1532), Abbot of Westminster.
The marital arms of Elizabeth Woodville or Wydville (1437-1492), Queen Consort of England, wife of King Edward IV, daughter of Richard Woodville, 1st Earl Rivers. Questions about the legitimacy of her marriage to Edward IV, and thus of her children, including Edward V, led to the regency and coronation of Richard, Duke of York, as King Richard III. 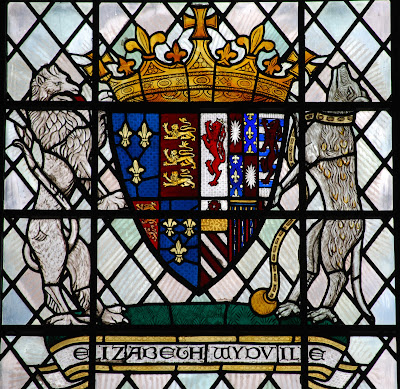 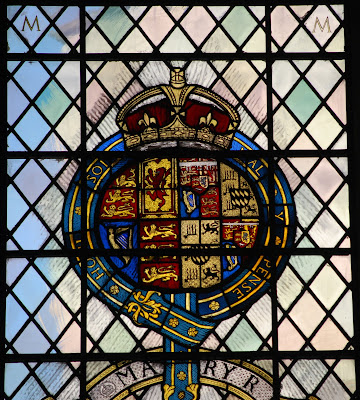 Hasn't this been a fun stroll down history's lane? We'll have some more next time!
Posted by David B. Appleton at 2:00 AM