Should You Ever Find Yourself in London


If you should ever visit the City of London, and have a bit of time on your hands, it may be well worth your while to spend a little time walking near the Thames River.

No, not just to sing the old children's song, "London Bridge is falling down ..."
(The version you learned as a child is a lot less messy than the original, which is about a Viking raid on the city. As the longships coming up the Thames reached London Bridge, they were met with a hail of arrows from the local inhabitants. Going back downstream, wooden covers were made for the ships, who then went back upstream, placed some ropes around the pilings supporting the bridge, waited for the tide to start going out, and rowed mightily downstream, pulling over the pilings and causing the bridge to collapse. The exploit resulted in this little ditty:
London Bridge is broken down,
Gold is won, and bright renown,
Shields resounding, war horns sounding,
Hildur shouting in the din,
Arrows singing, mail coats ringing,
Odin makes our Olaf win.
And that, my fair lady, is the history behind the children's song.)
Anyway, to get back on track, and back to the point of this blog, something else you will see in your perambulations there are various depictions of the arms of the City of London, Argent a cross and in the first quarter a sword gules. (The sword is said by some to represent the dagger used by Lord Mayor of London William Walworth to kill Wat Tyler, leader of the Peasants' Revolt, on 15 June 1381. It is more likely that the sword is the symbol of the martyrdom of St. Paul, the patron saint of the City. But what do I know?)
And the City's arms will often be accompanied by one or two white dragon supporters, each having its wings charged with the cross of St. George. (Which is also the cross in the arms! Do you see how that works? A single symbol in heraldry can actually stand for more than one thing. Who'd have thought?)
For example: 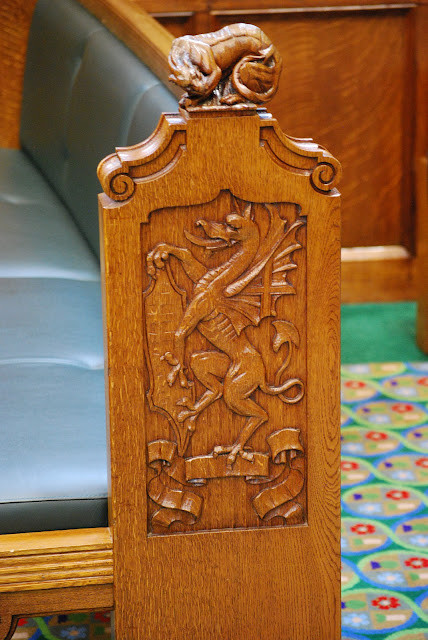 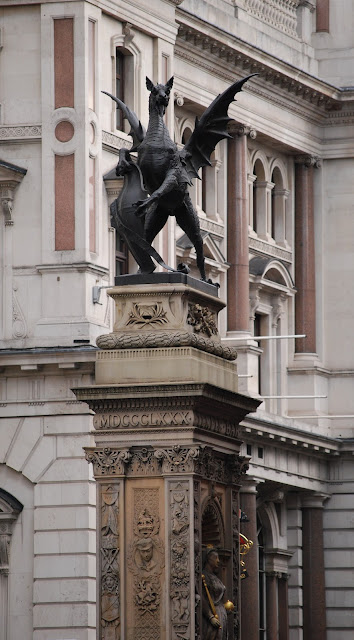 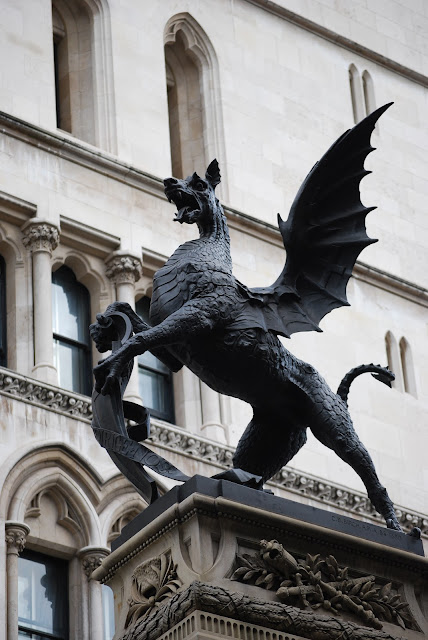 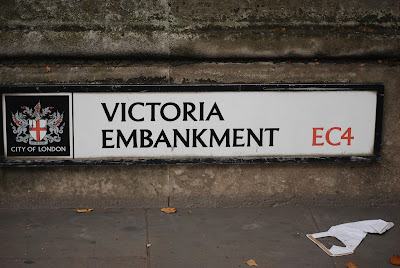 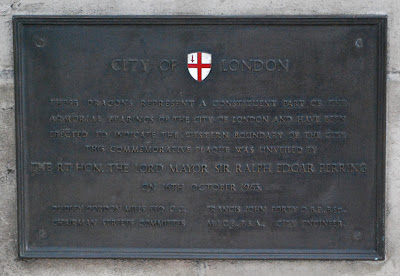 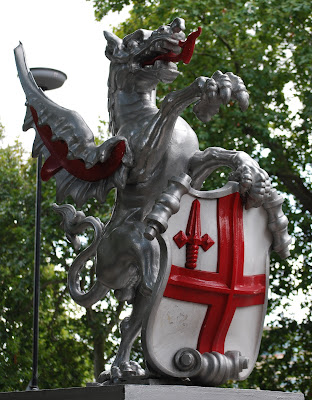 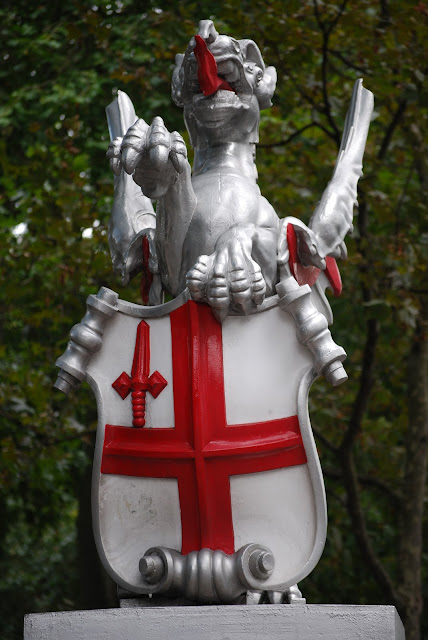 So keep your eyes open and looking about you as you walk the streets of London!
Maybe any city maps should bear the legend, "There be dragons here!"
Posted by David B. Appleton at 2:00 AM