Continuing our look at some of the stained glass heraldry in the Chapter House at Westminster Abbey, we're going to start today with some that clearly fall into the "newer" category before moving on to those which are more obviously historical:

First up, the marital arms of Queen Elizabeth, known to me for most of my life as Elizabeth the Queen Mother, Elizabeth Bowes-Lyon, the wife of King George VI: 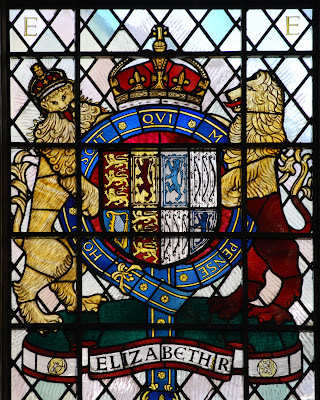 Next, of course, the arms of her husband, King George VI: 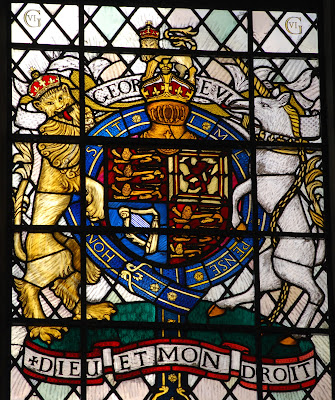 The arms of King Henry V: 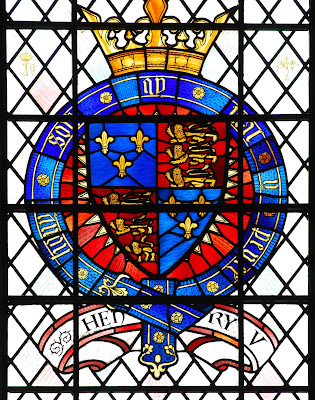 And those of King Henry VII: 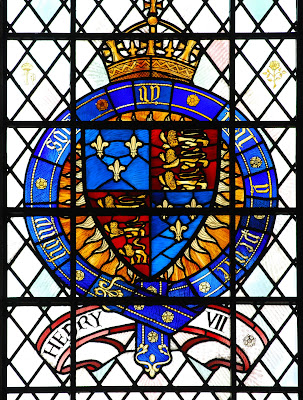 The arms of Simon Langham (1310-1376), Cardinal and Archbishop of Canterbury:
Nicholas Litlyngton, another Abbot of Westminster (1362-1386):
Elizabeth P, or Princess Elizabeth, before she became Queen Elizabeth II: 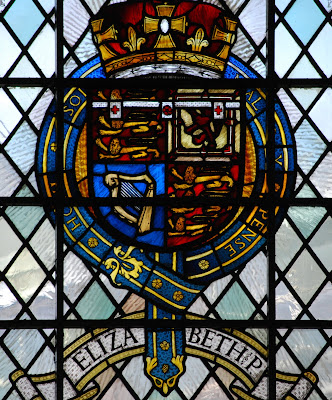 The arms of the Province of Provence, in southeastern France: 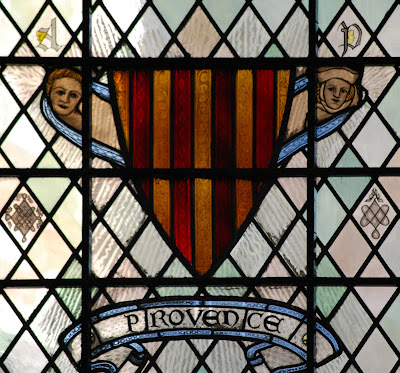 The arms of Roger de Quincy (1195-1264), 2nd Earl of Winchester, Constable of Scotland, and a benefactor to the building of Henry III's new Gothic Westminster Abbey: 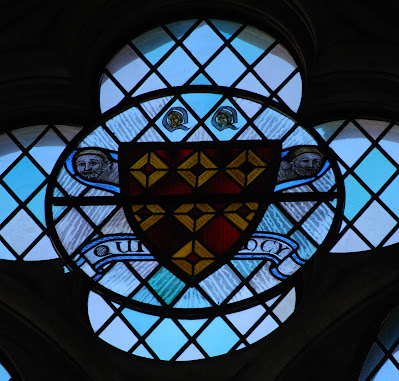 The arms of Sir George Gilbert Scott (1811-1878), a British Gothic Revival architect (note the compasses and square above the shield) noted for the design, building, and renovation of churches and cathedrals.
And last, but certainly not least, the attributed arms of King Edward the Confessor, which have been incorporated into the chief in the arms of the Metropolitan Borough of Westminster (https://www.heraldry-wiki.com/heraldrywiki/wiki/Westminster_(London)) and onto the shield in the arms of Westminster Abbey (or more properly, the Collegiate Church of St. Peter at Westminster) (https://www.heraldry-wiki.com/heraldrywiki/wiki/Collegiate_Church_of_St_Peter_at_Westminster): 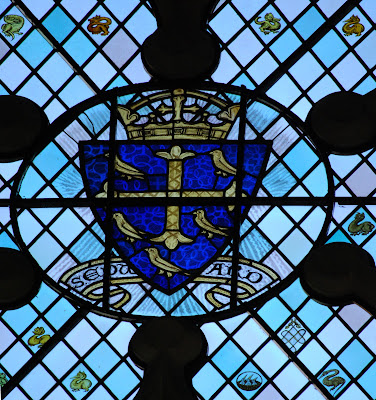 Whew! That should be enough for today, I think. That's a lot of historical heraldry, both newer and older. Who knows what we're going to see next time?
Posted by David B. Appleton at 2:00 AM