So, our last post, Thursday, March 31, 2022, was the last of our trip to Belgium and then on to Denmark.
Normally by now we'd have been on at least one, and more likely, two or three, trips with new photographs of heraldry to share. But, frankly, Covid has pretty much kept us home. We canceled one trip two-and-a-half years ago; had another trip postponed not once but twice, and then elected not to go in part because of the difficulties of returning home, given the restrictions that the U.S. was placing on travelers flying into - or back into - the country; and a third potential trip has been postponed until 2023. As a consequence, I don't have a big folder of new armorial photographs to share with you right now.
So, I ask myself, now what?
Well, there are several "opportunities" here.
First, I have a number of folders of pictures of heraldry from earlier trips that I have wanted to start identifying and placing in yet another folder of coats of arms and crests which I have organized by the name of the armiger. (There are, as of this writing, 3,365 images of identified coats of arms and crests in that folder.) And I'm pretty sure that I have not, in fact, shared all of those not-yet identified and organized photographs with you already. So in the near future, you may see a lot of heraldry from far-flung places like England, and Scotland, and Sweden, and Italy, and from not-so-far-flung places like southern Nevada, North Carolina, Mississippi, and Massachusetts. I'll try to keep these posts to arms that I haven't already shared with you, but as we're talking about stuff that runs anywhere from nine to sixteen years ago, I'm not going to guarantee that you won't see something that you have seen before on this blog.
Second, I've had some ideas about aspects of heraldry that have been sitting on the back burner waiting for a little attention from me to get them into something worth sharing, but probably not big or complex enough to warrant saving to use as a presentation at one of the Colloquia or International Congresses. So this blog may be just the right venue for some of these lesser ramblings of mine, and you may expect to see one, two, three, or however many little articles about one or another aspect of heraldry.
Third, and finally, travel is opening up, and we already have plans for two trips this year. (One is the trip that we cancelled back in 2019.) Of the two, I expect to see a lot of heraldry during one of them. For the other, it's primary aim is not heraldry, but you and I both know that "You can find heraldry everywhere!" So I expect that it won't be very long before I have a bunch more new photographs of heraldry to share with you.
Thank you for sharing these "Adventures in Armory" with me, and I hope that you will continue to find these posts both interesting and educational. 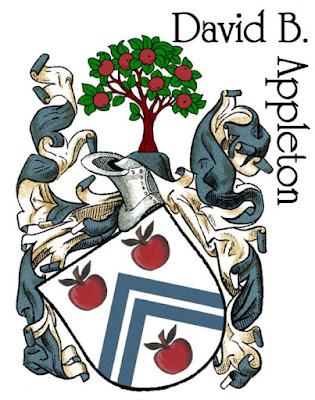