How a Coat of Arms Is Different From a Logo, Part 1


Last time we discussed trademarks and logos, and how they pretty much have to be reproduced identically every time. And how sometimes people think that coats of arms are like that; that each depiction should closely match every other depiction.

Well, heraldry ain't like that.
Indeed, one of the pleasures that many of us get out of heraldry is to see the different ways that artists will interpret a blazon. But no matter how these depictions may differ from each other, they are all the same coat of arms!
Next time we'll see variants of a personal coat of arms, but today, we're going to see different versions of a municipal coat of arms: that of Heidelberg, Germany: Sable a lion rampant or armed langued and crowned gules atop a trimount vert. 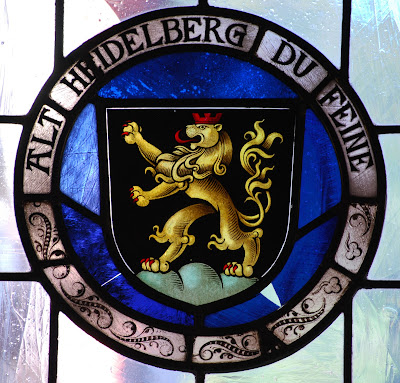 Here's a pretty standard depiction of the Heidelberg arms, depicted in a stained glass window in the city.
But there are quite a variety of examples of this coat of arms in and around the town, ranging from the fairly Baroque: 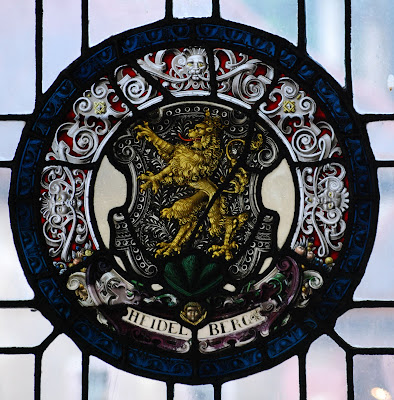 All the way up to Art Deco:
And, of course, everything in between: 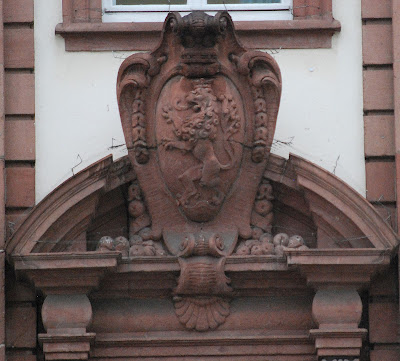 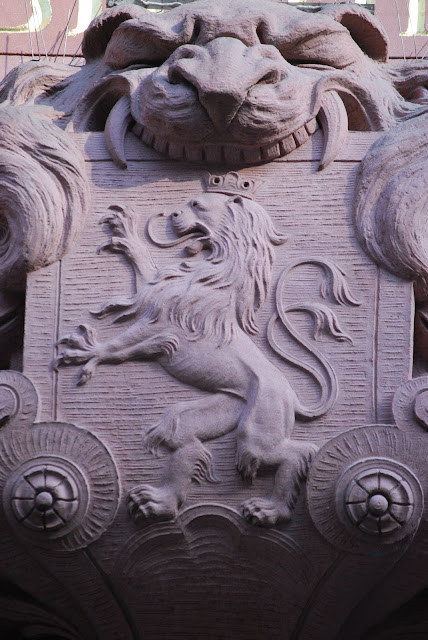 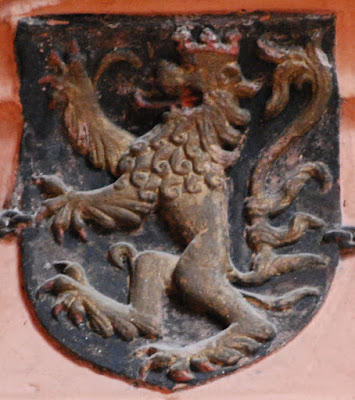 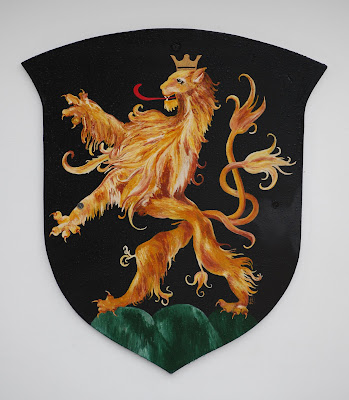 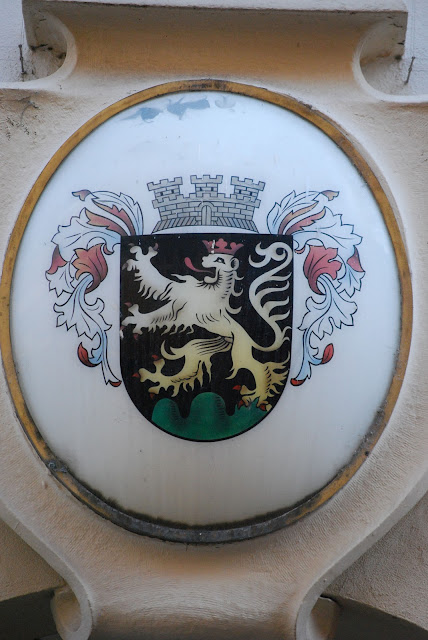 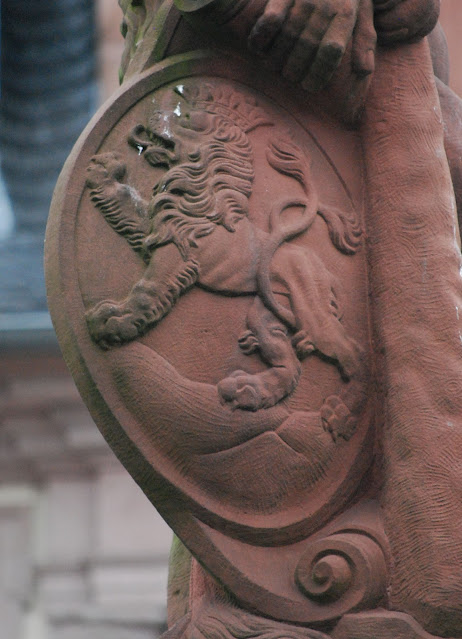 There are even some "freestanding" versions of the Heidelberg coat of arms, not displayed on a shield: 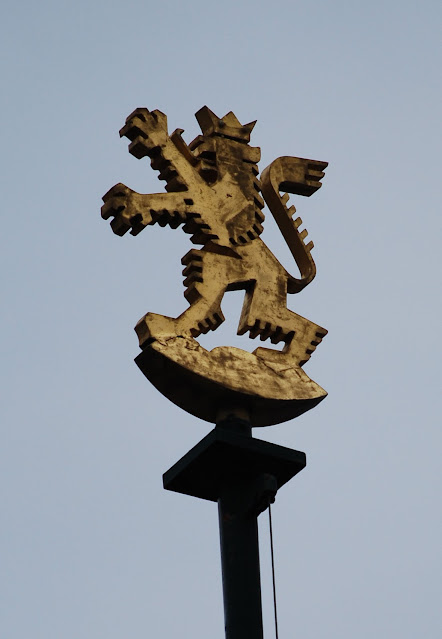 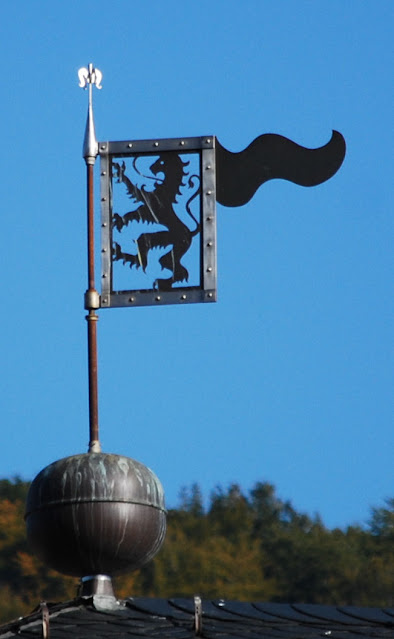 Though this last one has the lion holding a sword and an orb, items not seen in the coat of arms: 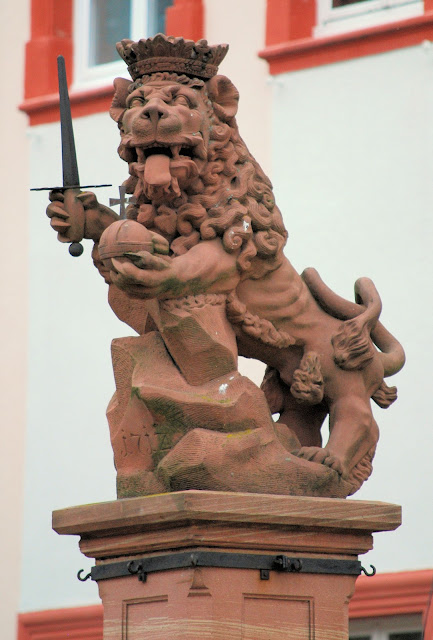 These are all variants that you would be unable to do with a trademark or logo. I mean, really, sometimes the lion has a single tail, sometimes two (double queued), and sometimes the tail begins as one but is split into two (queue-forchy). The crown it wears comes in many different forms. Usually the trimount is issuant from base, but in a couple of cases, it issues from base and goes up the side of the shield. There is a wonderful amount of variation in these depictions, something not found in different depictions of trademarks and logos.
But this is heraldry, folks! And so long as an example stays true to the blazon, then it, and all of the others like (and unlike) it, is a rendering of that coat of arms.
And that's one of the joys that I get from heraldry. How about you?
Posted by David B. Appleton at 2:00 AM