In the Chapel of the Magi (Helligtrekongers Kapel), Roskilde Cathedral


Obviously, not everyone, indeed, not every royal, entombed in Roskilde Cathedral can be buried in the chancel. I mean, really, there's only so much room available there. So other royal burials are done in various chapels around the sides of the cathedral.

In a very timely post, today we're going to look at the armory related to the burials in the Chapel of the Magi (Helligtrekongers Kapel; literally, the Holy Three Kings Chapel), especially appropriate so near to Christmas.

This chapel is also known as Christian I's Chapel, it being the burial place of King Christian I and his wife, Queen Dorothea of Brandenburg. 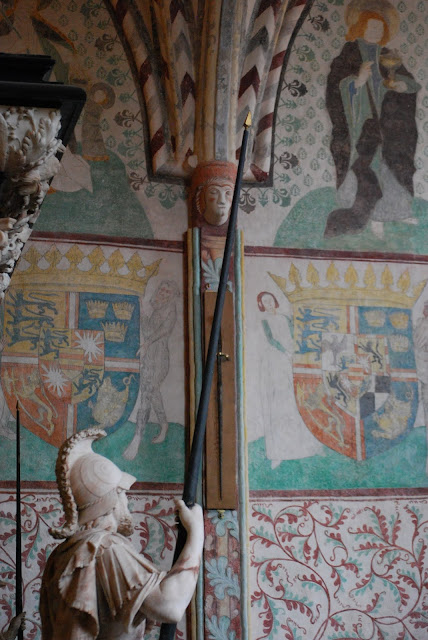 As you can see from the photograph above, the walls and ceiling are beautifully frescoed. Below are close-ups of the two Danish coats of arms above. Obviously, the quarters on the largest shield in each of these are: 1, Denmark; 2, Sweden; 3, Norway; and 4, Funen/The Wends. (We have seen these arms before, on a portrait of King Christian I and Queen Dorothea in Frederiksborg Castle, at http://blog.appletonstudios.com/2021/10/heraldry-in-frederiksborg-castle.html)
The arms on the left are those of King Christian, and those on the right, those of Queen Dorothea. 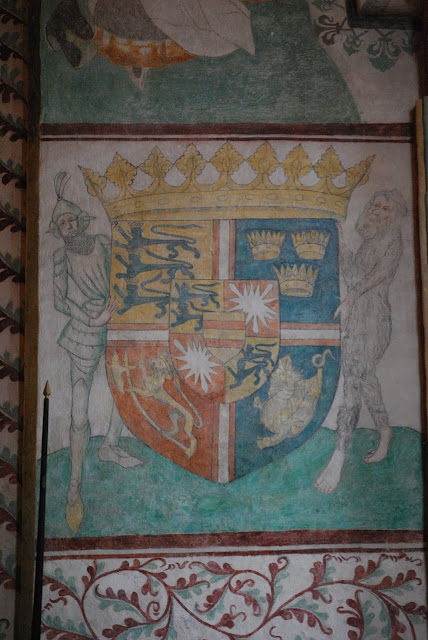 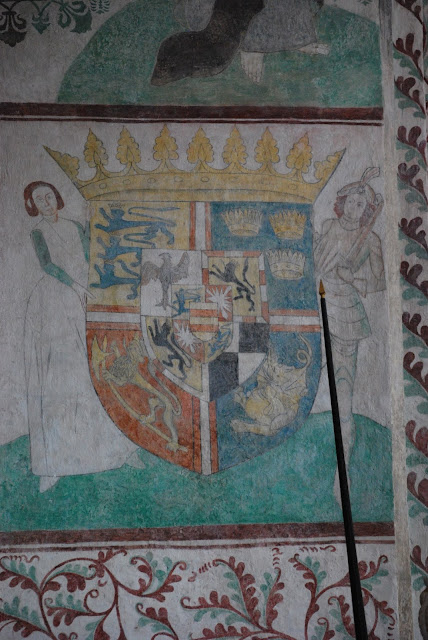 Now, despite this room being called Christian I's Chapel, you can't see his or Queen Dorothea's tombs here, as they are buried in small burial chambers under the floor. There is, however, a very large column right in the middle of the room, with the simple arms of Christian I, Queen Dorothea, and Bishop Oluf Mortensen (from left to right in the photographs below) painted on its capital. 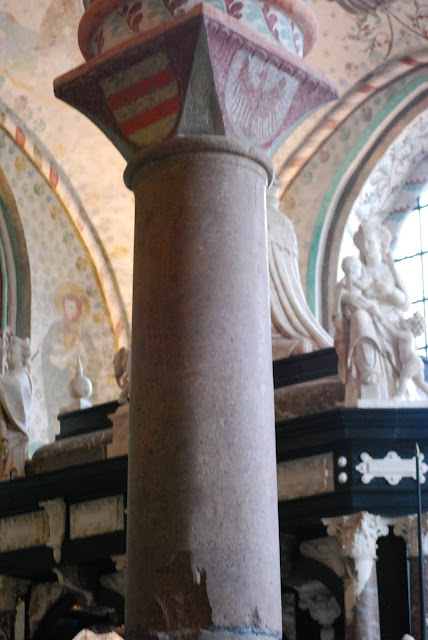 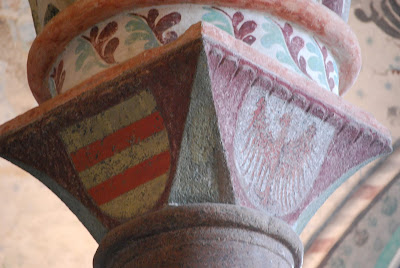 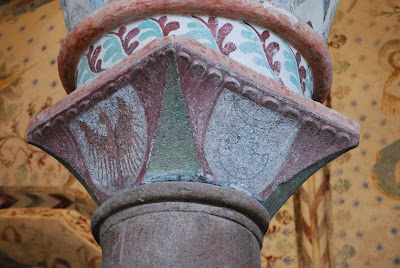 Next time, we'll look at the armorial 16th Century sepulchers of the other Royal burials in this Chapel.
Posted by David B. Appleton at 2:00 AM