The Other Royal Burials in the Chapel of the Magi, Roskilde Cathedral


The other royal burials in the Chapel of the Magi (Hellitrekongers Kapel) in Roskilde Cathedral are massive sepulchers made by Dutch artists in the Renaissance style as small antique temples with decorations inspired by ancient Rome. At each of the four corners of each sepulcher stands a stone-carved halberdier holding a spear and a shield with the Royal Danish arms on them.

The sarcophagus closest to the door is the burial place of King Christian III (d. 1559) and Queen Dorothea of Saxony-Lauenburg (d. 1571).
And here are two of their guards (they don't let riffraff like me walk all the way around the monuments to take pictures of the ones in the rear; it's entirely understandable. They don't want carelessness or accidents to damage the works!) and close-ups of their shields: 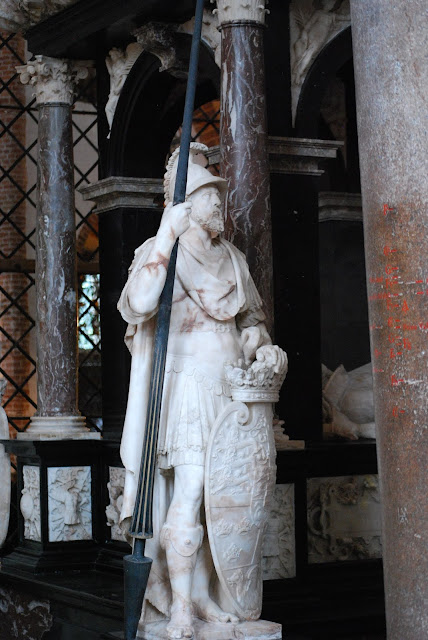 The red marks that you see on the pillar in the photo above the names and heights (in centimeters) of royal visitors from over the years, including, among others: King Christian X; Archduke Otto of Hapsburg; Prince George of Greece; Tsar Alexander III; Edward Albert, Duke of Windsor; and King Chulalongkorn of Thailand. 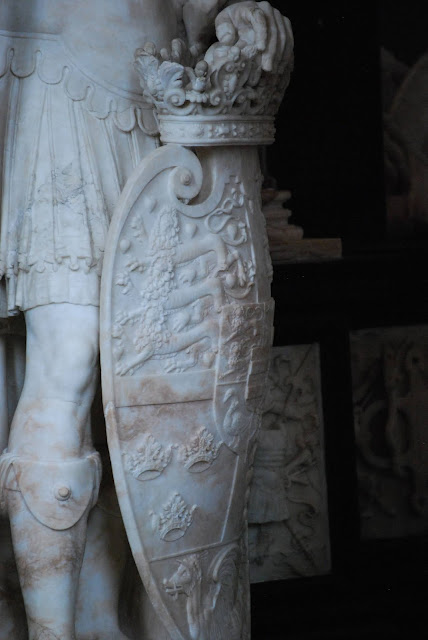 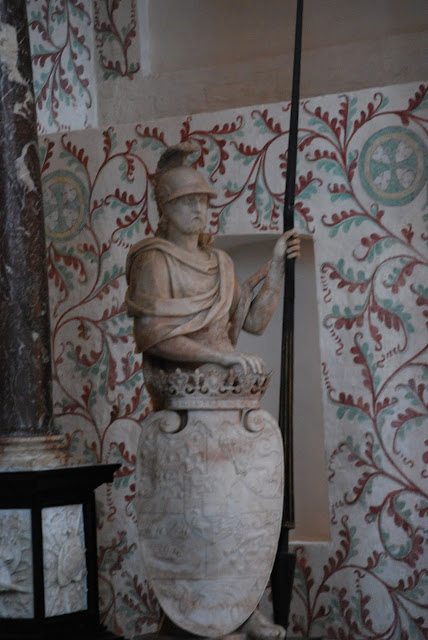 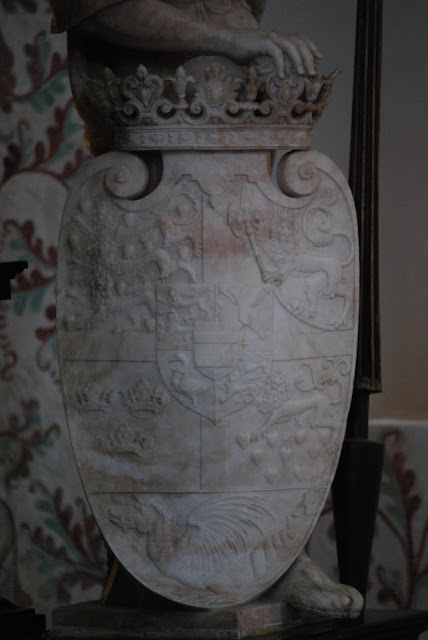 The other Royals buried here are King Frederick II (d. 1588) and Queen Sophia of Mecklenburg-Schwerin (d. 1631). And here are two of their guards and close-ups of their shields. 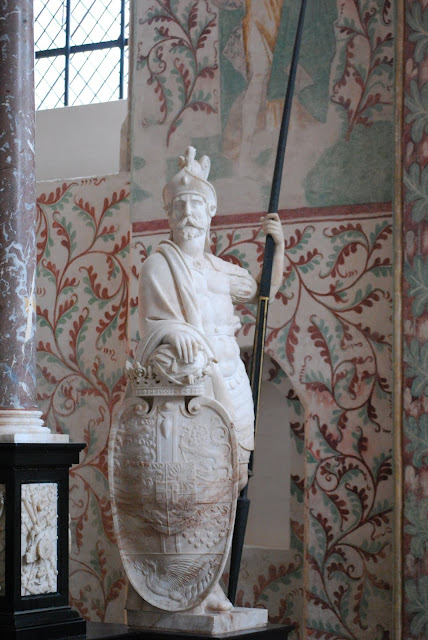 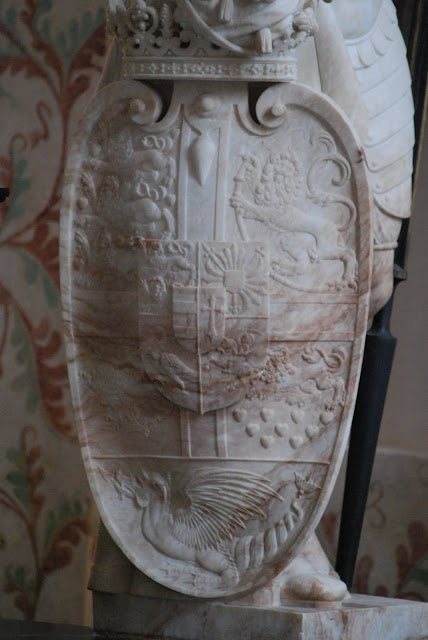 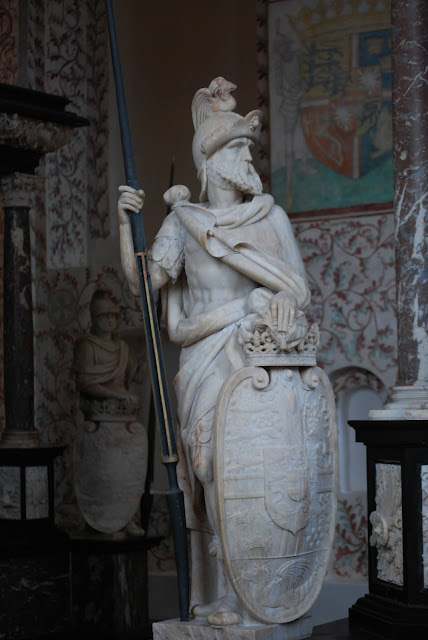 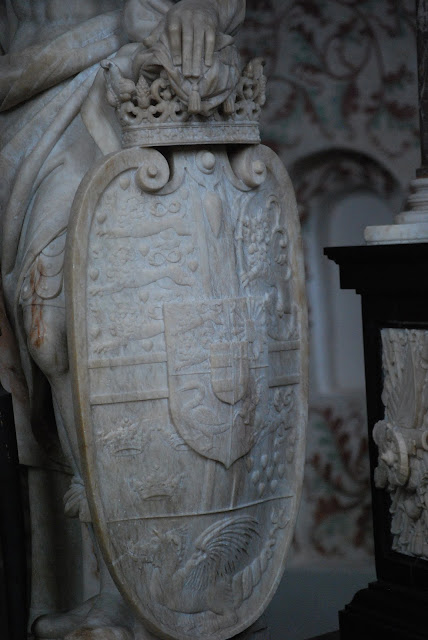 And that, by golly, is pretty much how royal heraldry should be done. As they say, "Go big or go home!"
Posted by David B. Appleton at 2:00 AM