The Sarcophagus of a Medieval Queen


And now we come to the main attractions of Roskilde Cathedral in Denmark -- the Royal burials.
Built in the 12th and 13th Centuries, and renovated and added onto a number of times since then, Roskilde Cathedral is (and has been) the official royal burial church of the Danish monarchs since the 15th century. Currently, 38 Danish kings and queens are buried here, including 16 in an unbroken line from the Reformation to 1972.

Beginning today, and for the next few posts, we're going to visit  some of the coffins of these kings and queens (and a couple of others), most notably, of course, on this blog, those with heraldry on them.
Located immediately behind the high altar, the most prominent sarcophagus is that of Queen Margrete I (d. 1412), Denmark’s first queen (she succeeded her son, Olaf II, in 1387, when he died at age 16), whose remains have been in Roskilde since 1413. The sculpture of the queen lying in state with a golden crown is striking. 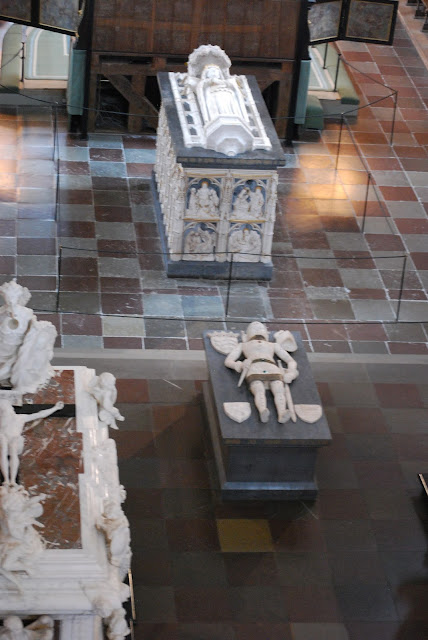 Yeah, I know it's not all that impressive in the top of the photo here, taken from the floor above. Just wait! 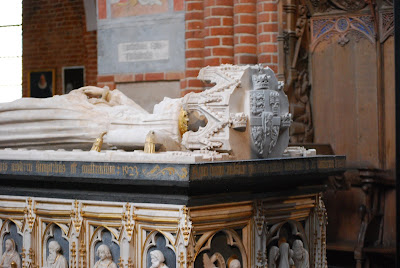 Here's a picture of part of it, taken from just outside the cable cordoning it off.
Its sides are decorated with intricate carvings of small religious figures embellished with gold accents. You will probably recognize a number of the saints portrayed here from their attributes (the tools, etc. that they are holding). As always, you can click on an image to go to a larger, more detailed photograph. 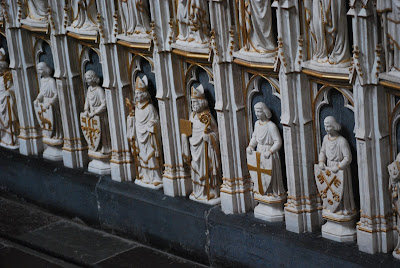 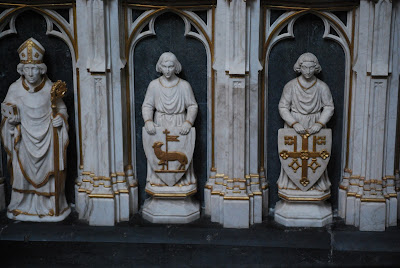 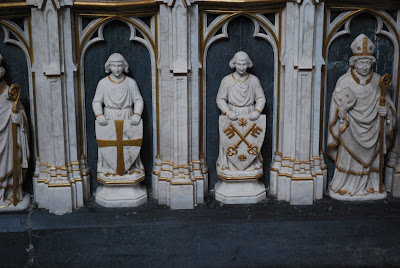 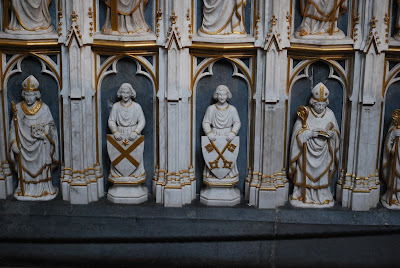 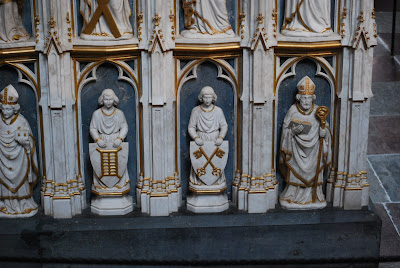 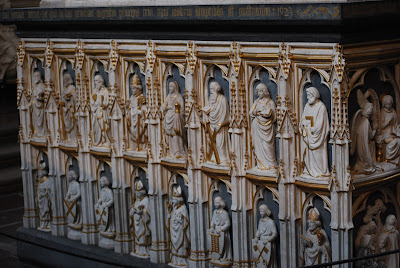 But, of course, it was the heraldry that attracted me the most (as it usually does!): 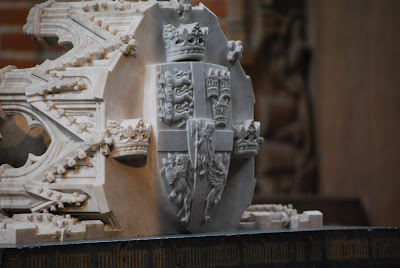 The shield on the top of the architectural canopy over her head is, of course, the Royal Arms of Denmark from the time of Queen Margrete I, uncolored but beautifully carved (like everything else on this sarcophagus!) in high relief.
Posted by David B. Appleton at 2:00 AM