The first one, dated 1664, has as its focus this quarterly coat of arms. (And you may recognize at least two of those quarters, since we've seen those arms before.) (As always, you can click on an image to see a larger photograph which shows more detail.) 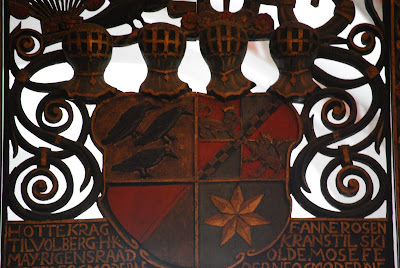 The arms are Quarterly: 1, Krage; 2, Rosenkrantz; 3, Høg/Hoegh; 4, Gyldenstjerne
(You recognized the second and fourth quarters from the many (many!) examples that we've seen already in Frederiksborg Castle, right?)
Moving along, we come to this screen, dated 1656: 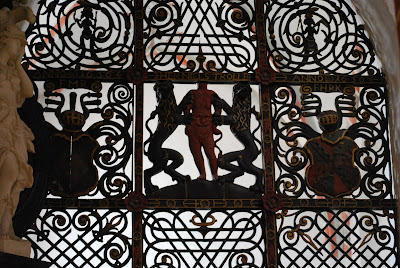 Here in the center, thought not on a shield, we have the canting arms of Trolle (if you go to the larger image, you can more clearly see the troll's head/face superimposed on his stomach), supported by two lions rampant guardant.
To the left and the right, respectively, of Trolle, we find the arms of:
Rud (nice, simple arms, consisting of a field and lozenge), 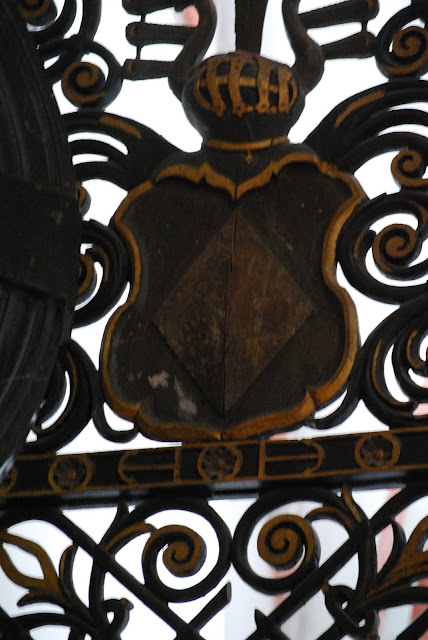 and once again, Rosenkrantz. 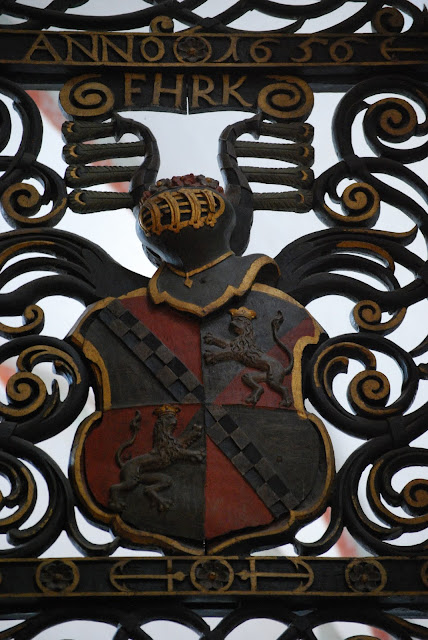 As I said, some wonderfully wrought armorial iron screens!
Posted by David B. Appleton at 2:00 AM