Moving On From Frederiksborg Castle

So, having finished up our review of the plethora of heraldry to be found in Frederiksborg Castle in Denmark, we are going to move on to the town and cathedral of Roskilde. (Wikipedia informs us that: "The [Lutheran Church of Denmark] cathedral is the most important church in Denmark, the official royal burial church of the Danish monarchs, and a UNESCO World Heritage Site.") So, just from that description alone, you know there's going to be a lot of Royal Danish heraldry to be found.
But first, we have a number of depictions of the arms of the community of Roskilde, all found in the short walk from the train station to the Cathedral.
Roskilde's arms, a white shield with a black eagle with yellow kleestengeln (stylized wing bones ending in a trefoil shape) and on a base of  blue water surrounded by a red wall, three red roses. The arms are based on the oldest seal of the city, which is known from 1286. The seal shows a bird over a stream or water, surrounded by a wall. The stream is canting, kilde meaning well or spring. The roses first appear in 1384.
We found the arms of Roskilde on the façade of the large municipal building: 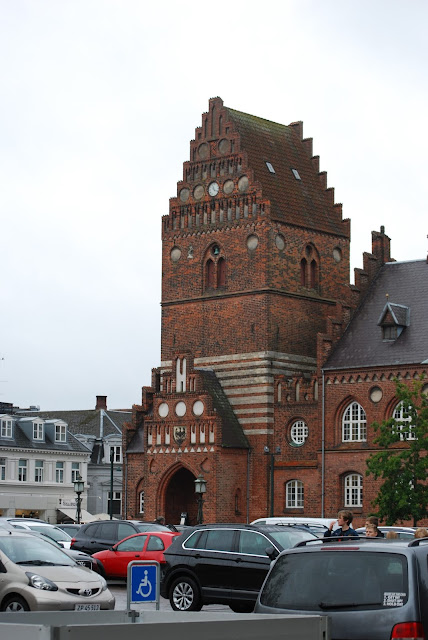 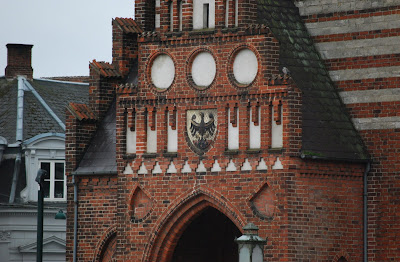 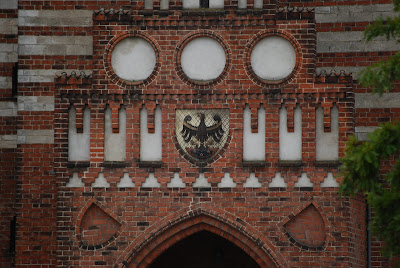 On directional and informational signs: 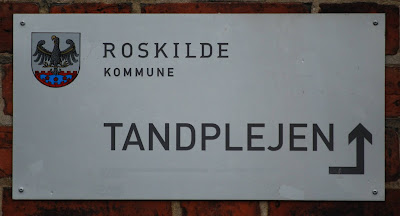 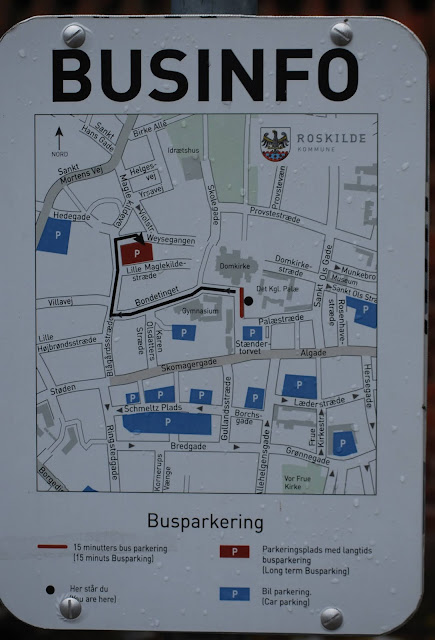 And even on a compressor dispensing air for car tires: 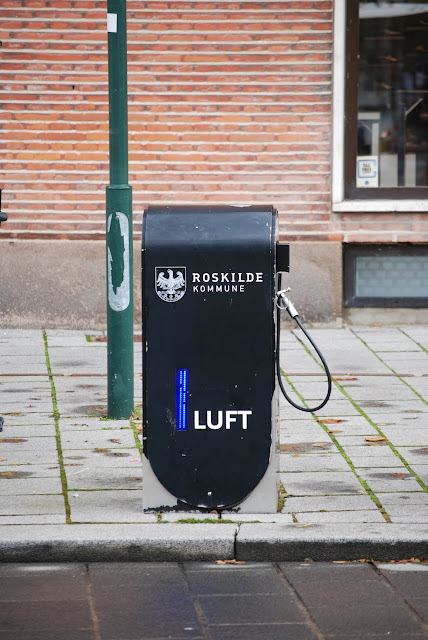 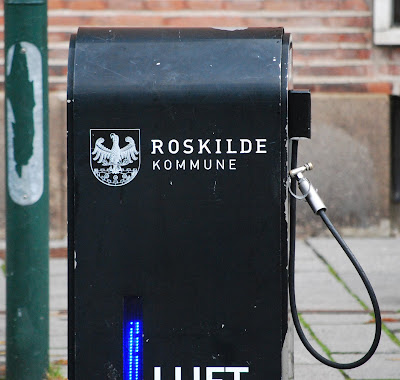 I have to admit, I really love it when a city uses its coat of arms, even on such everyday items as manhole covers, waste bins, or even air compressors.
Posted by David B. Appleton at 2:00 AM