Two Versions of the Queen's Arms


We have already seen depictions of Anne Catherine of Brandenburg's arms as King Christian IV's queen. Now we're going to find two slightly different versions of those arms in the same place, in the hall where the carved and beautifully colored arms of King Christian and Queen Anne Catherine we've seen before.

Flanking the tall windows along one wall of the hall, where we already saw the tapestry of King Christian's arms, are tapestries of Queen Anne Catherine's Brandenburg arms, facing her husband's arms with the windows between them. Unlike King Christian's arms, however, Queen Anne Catherine's appear in two different forms.
Here's one version of her arms: 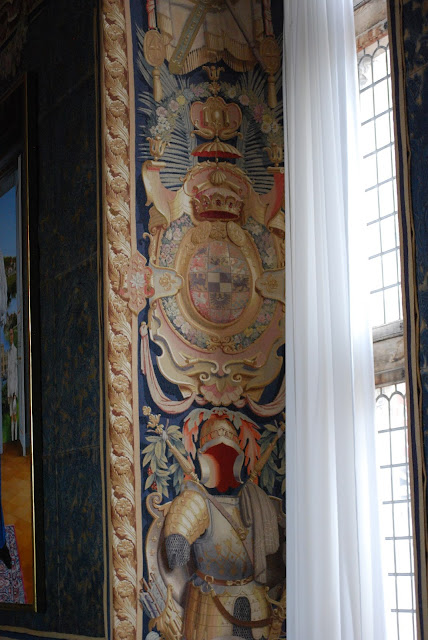 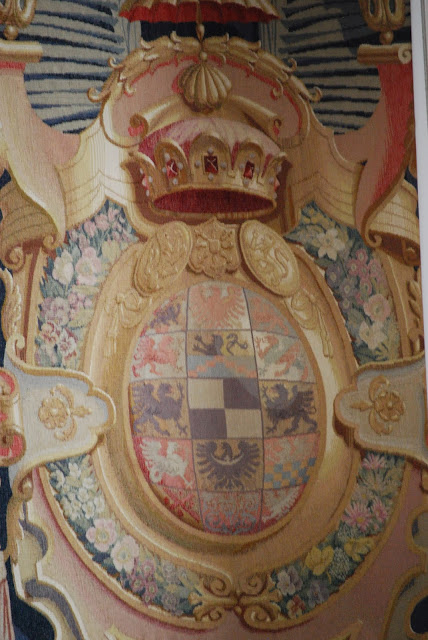 And here's the other. See if you can spot the differences. 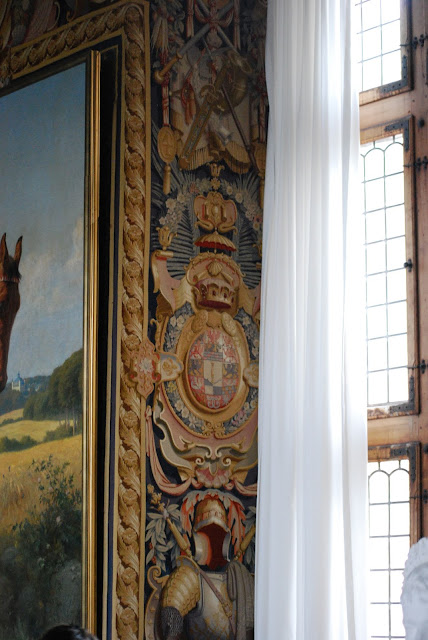 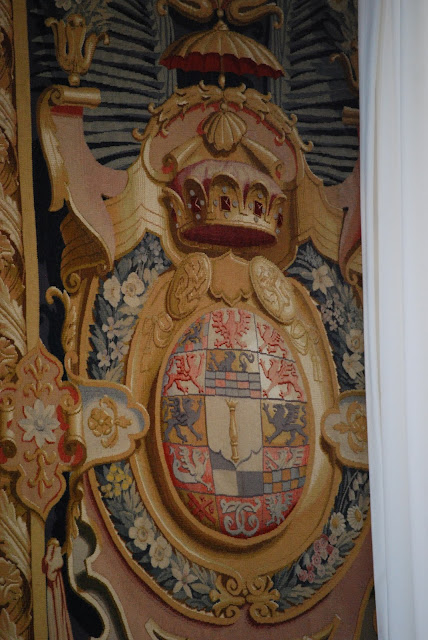 Did you see them?
I noticed five changes to the second shield from the first: In the first row, the fields of the first and third quarters appears to be different, for two changes; in the second row, the griffin in the sixth quarter is gules (red) rather than bendy sinister gules and vert; in the fourth row, the black eagle with kleestengeln has been replaced by the Hohenzollern arms (Quarterly sable and argent) which was moved down from the third row; and in the third row, dead center on the shield, the emblem of the Arch-Chamberlain and Elector of the Holy Roman Emperor takes pride of place and partially covers the Hohenzollern quarter.
It might be argued that the eagle in the 15th quarter looks to be a little "blue" in the second shield. I think, though, that may simply be a relatively slight miscoloration or fading, darkening the correct argent, or white.
Why the two different versions of Queen Anne Catherine's arms? I don't know, but it may very well have to do with the fact that her father was an Elector of the Holy Roman Emperor, and it was thought worthy of commemoration.
Or there may be some other reason entirely. Ain't heraldry (and its mysteries) wonderful?
Posted by David B. Appleton at 2:00 AM