The greater arms of Denmark, in the person of King Christian IV, take different forms in different places around Frederiksborg Castle.

For example, here's a door from the inner courtyard to the interior of the castle: 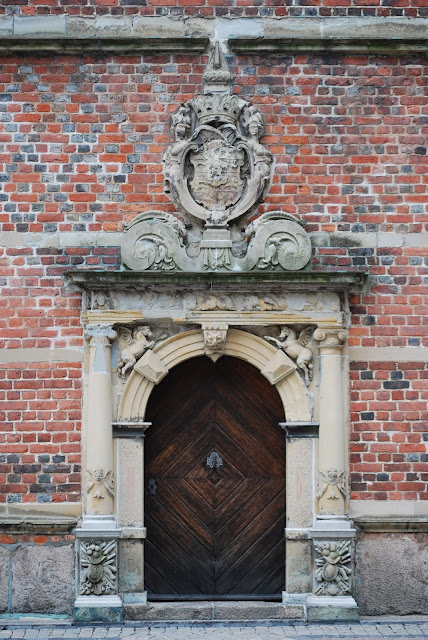 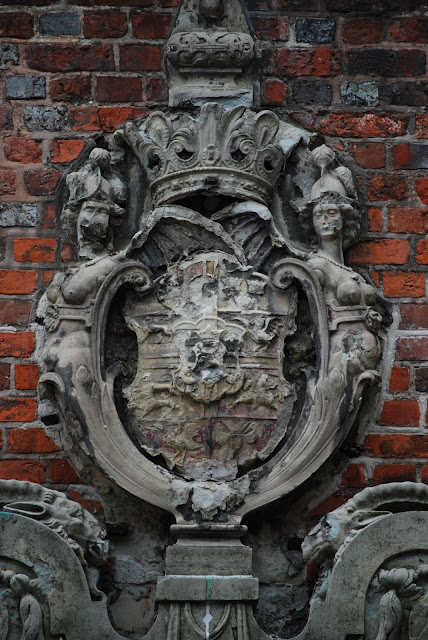 Just inside, the Royal arms take a different arrangement of the various quarters on the shield and on the inescutcheons: 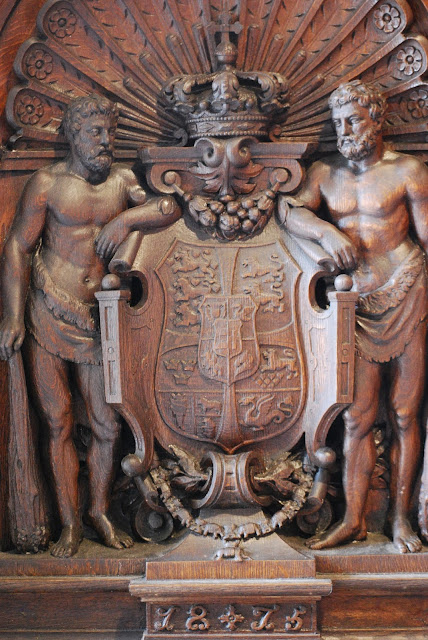 That is an wonderful example of the woodcarver's art, though, isn't it? Right down to the details of the collar of the Order of the Elephant blow the shield.
Presumably the date on the base is accurate, so these would actually be the arms of King Christian IX (reigned 1863-1906). King Christian IV ruled roughly 250 years earlier, 1596-1648.
And then, the same hall as the color versions we saw last time of the arms of King Christian IV and Queen Anne, we find multiple examples of this tapestry. (Some were somewhat faded; this one seems to have spent less time in the sun than several of the others.) 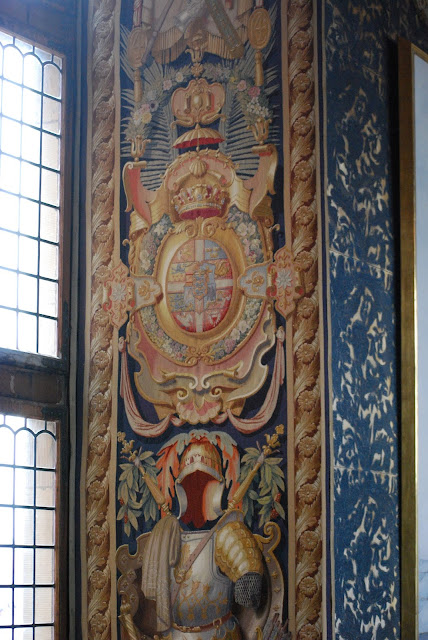 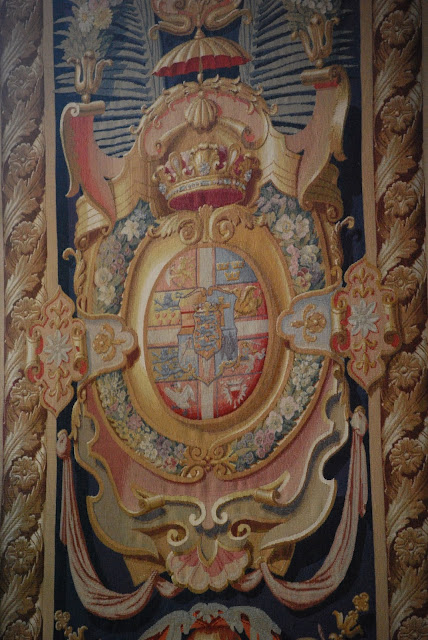 It can be a little confusing, trying to keep track of where each of the various quarters (both on the main shield and on the inescutcheon) are placed. But then, the history of the entire area is somewhat complicated, with various alliances, different countries' ruling over different territories at different times, and so on, so it is only to be expected that the arms would change over the years to better conform with the changing history.
Posted by David B. Appleton at 2:00 AM