The Heraldry in the Rose Room, Part 2: the Queen's Arms

Please note: I have not always been able to identify each of these arms with certainty.

And here again the arms are in no order other than the order in which I photographed them as I wandered more or less at random around the room. 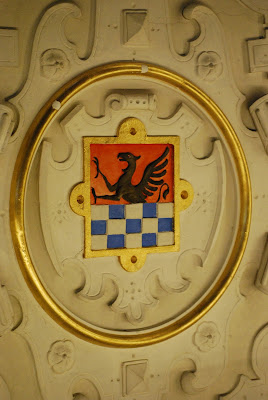 Unidentified. Or a saltire couped between four roses gules. 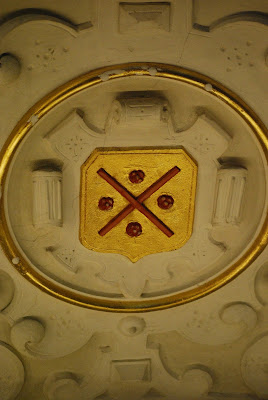 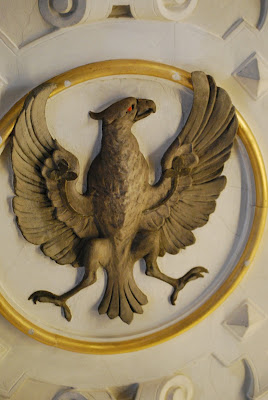 Principality of Rügen. A literal translation of the German blazon is: Divided by gold over blue; above a red crowned and reinforced black lion with double tail, which grows out of the stepped gable located in the lower field, formed from five red stones. My attempt at an English blazon is: Per fess grady or and per fess grady argent and azure a demi-lion issuant from the line of division sable(? gules?) crowned or. 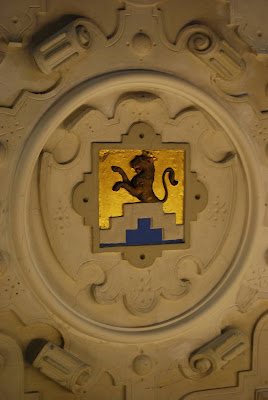 Margraviate of Brandenburg. Argent an eagle displayed gules armed membered and with kleestengeln or. 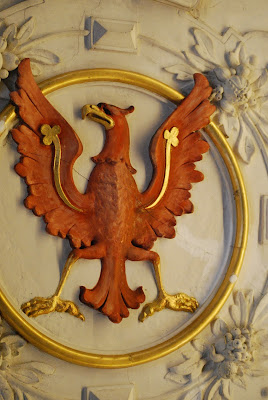 Burgraviate of Nuremberg. Or a lion rampant sable crowned or a bordure compony gules and argent. 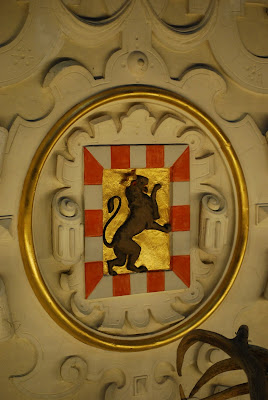 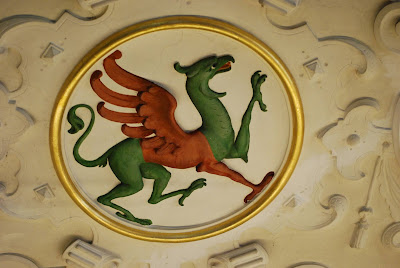 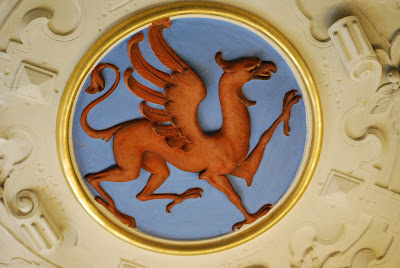 Kashubia. Or a griffin passant sable. 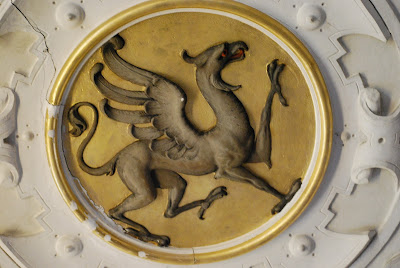 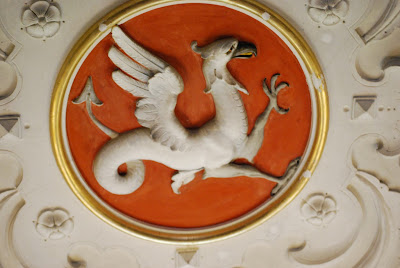 Arch-Chamberlain and Elector of the Holy Roman Empire. This should be: Azure a scepter or. However, it is painted here as Argent a scepter or. 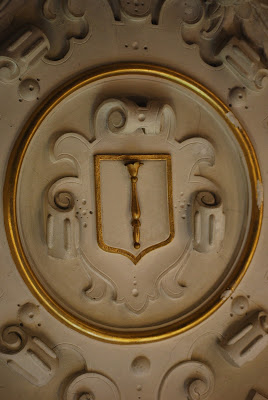 Unidentified. Gules an eagle displayed argent [beaked and membered or?]. 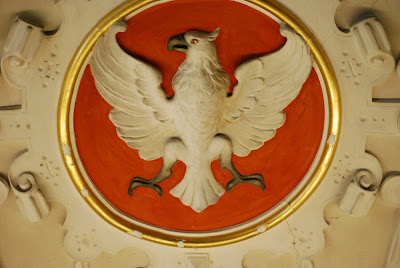 And there you have it! The arms of the territories of the King and Queen of Denmark, Christian IV and Anne Catherine of Brandenburg.
And, of course, if you're ever looking for a little inspiration of what you can do to spruce up your own dining room, a little carved plaster and some paint and you've got a ceiling that will be the envy of the neighborhood!
Posted by David B. Appleton at 2:00 AM