Alright, Some of You Knew That This Was Coming!


I'm sure that if you are familiar at all with Frederiksborg Castle, you probably just knew that this was going to be coming sooner or later. Well, that day has come. 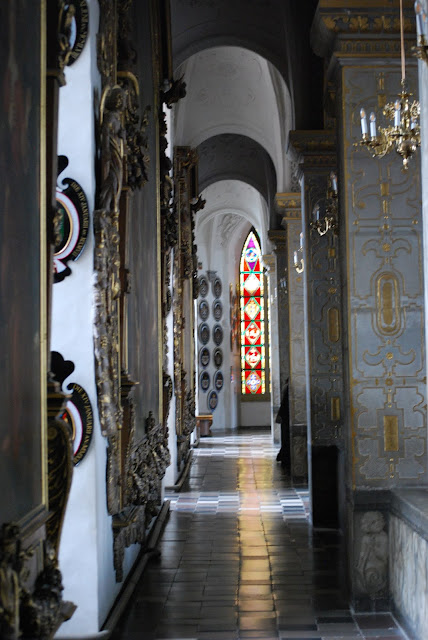 Every place there is a window, there is an alcove, and on both sides of each alcove, are the aforementioned metal shields.
There are, of course, more members of the Order than whose shields will all fit into the spaces available, so a number of these shields, mostly for older members (the Order books found on-line at https://www.kongehuset.dk/vaabenboeger begin in 1671) have been mounted and are displayed in some of the staircases leading to/from this floor of the Chapel.
Here are some examples of that: 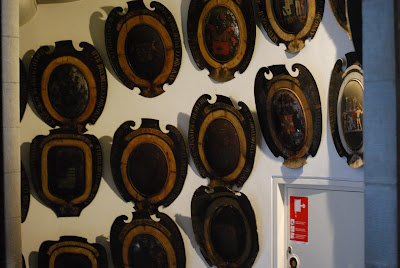 And some stairwells are better lit, making the shields more easily readable, than others: 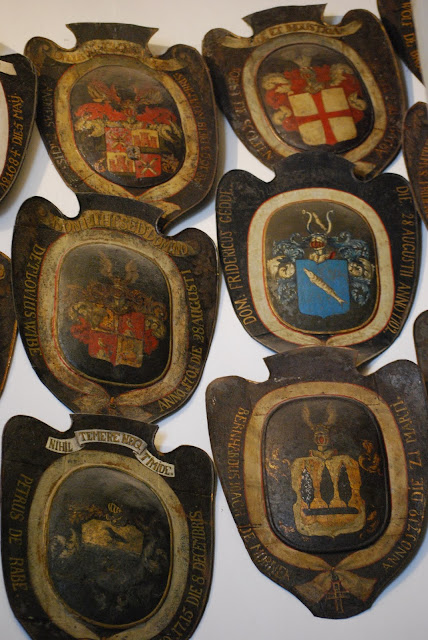 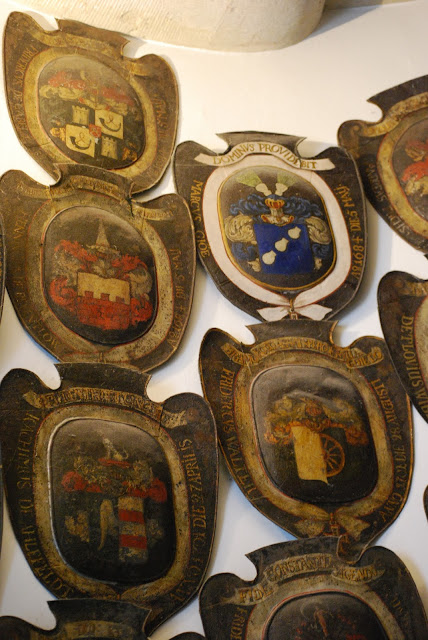 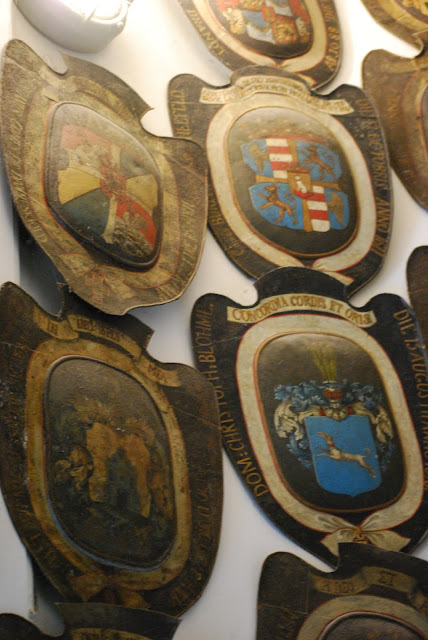 As you can see here, and will see more of in the next several posts, each of these plaques has the same overall pattern: The coat of arms in the center, with helm, crest, and mantling, or a coronet, sometimes with a motto at the top, the shield surrounded with the sash and cross of the Order of the Dannebrog, and with the member's name on the left and date of induction into the Order on the right, usually in Latin and with Roman numerals.
Next time, we'll get out of the stairwells and onto the floor, and will start naming names, dating dates, and blazoning arms!
Posted by David B. Appleton at 2:00 AM