The Lesser Coat of Arms of Denmark


Having looked at some of the iterations of the greater coat of arms of Denmark in our last post, this time we look at some of the depictions of the lesser coat of arms (once described by the author of Scandinavia and the World as "Three horny blue lions". See https://satwcomic.com/coat-of-arms-hd).
The lesser arms can be blazoned a couple of different ways, partly because the "hearts" (originally, water lily pads) have varied in number over the years. So a blazon of Or semy of hearts gules three lions passant in pale azure crowned or would be appropriate. More recently, however, the number of hearts has been specified at "nine" (thus contravening the old joke about how high heralds can count: "One, two, three, four, five, six, semy (many)"), making the modern blazon Or three lions passant in pale azure crowned or between nine hearts gules.
Whichever way you may prefer to blazon these arms, here are some of the examples seen in the streets of Copenhagen. (Again, you can click on an image to go to a larger, more detailed photograph where the images may be more clearly seen.) 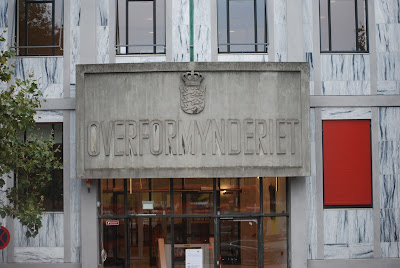 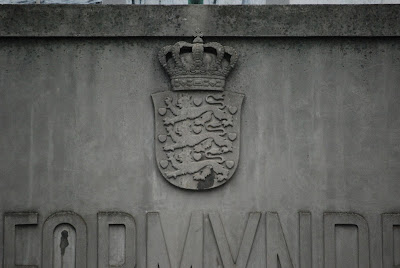 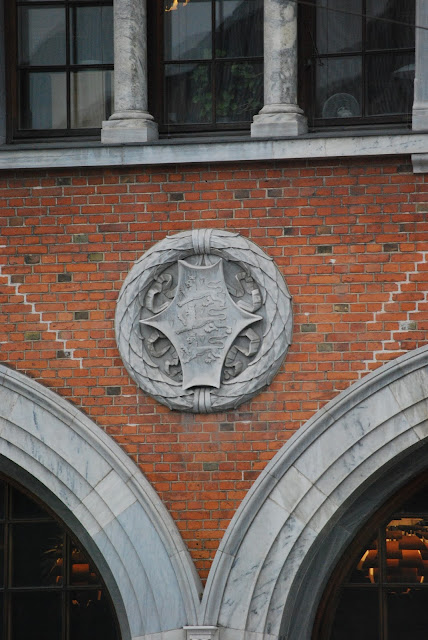 In the next four pictures, a couple of cannons on a monument, with close-ups of the lesser coat of arms on them. 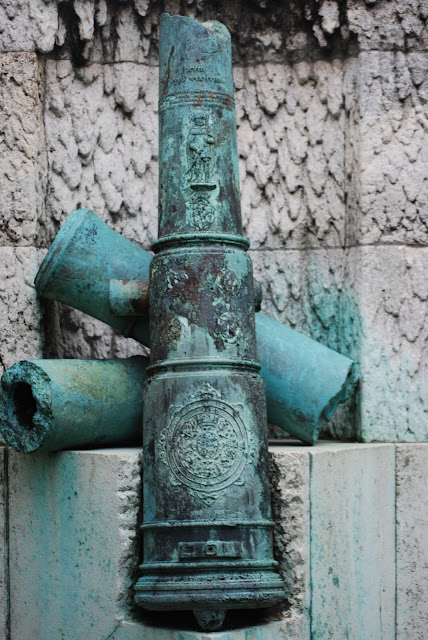 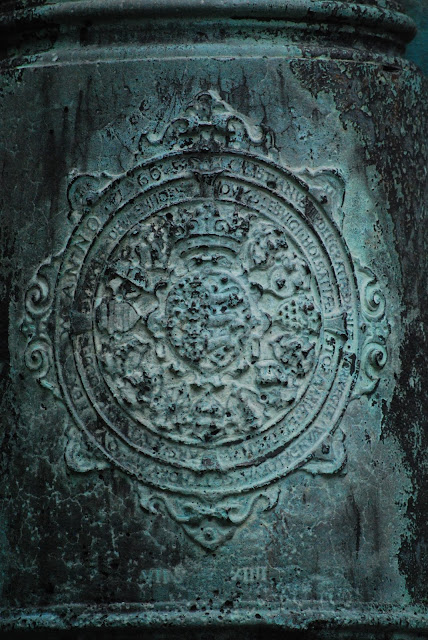 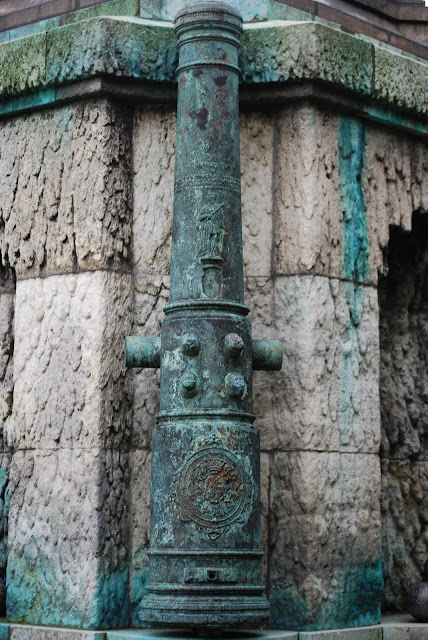 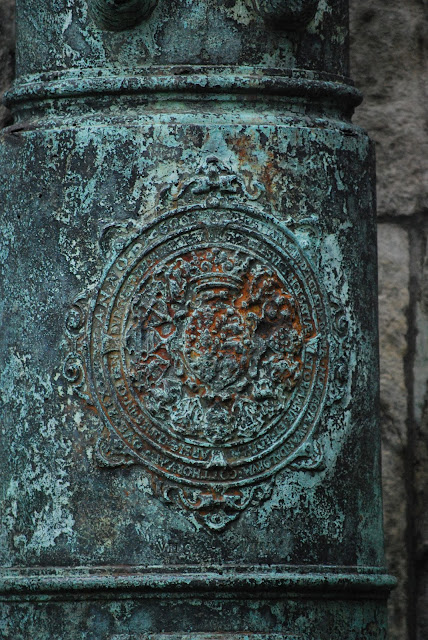 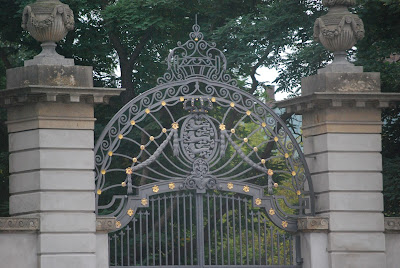 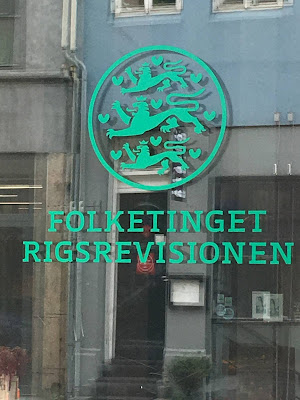 Again, taken as a whole, a great display of national heraldry!
Posted by David B. Appleton at 2:00 AM