Foreign Arms and Flags in Copenhagen

Of course, Copenhagen being the the capitol of Denmark, we should not be surprised to find the flags and/or arms of other nations appearing there, as capitol cities will generally host the embassies and consulates of foreign countries there.
So, during our walkabouts in Copenhagen, we found the following (in alphabetical order), without really trying to look very hard:

The flag of Finland: 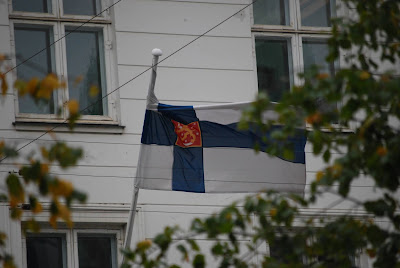 The flag and arms of the French Republic: 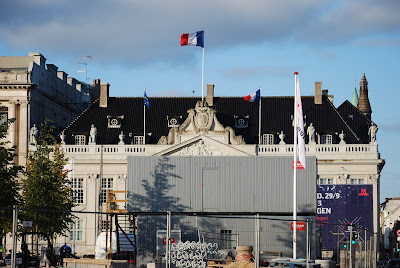 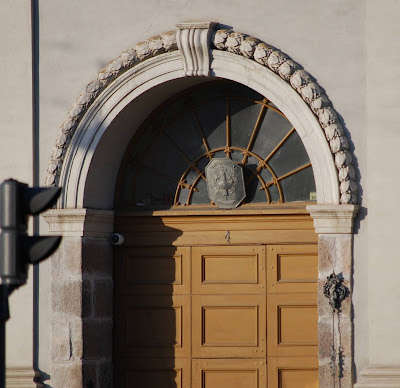 The flag of Georgia (the country, not the U.S. State of Georgia!): Argent a cross between four crosses patty gules. 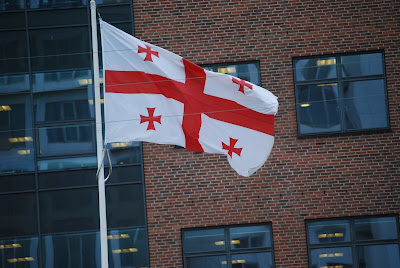 The flag and arms of the Italian Republic: 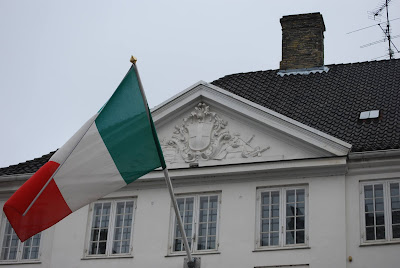 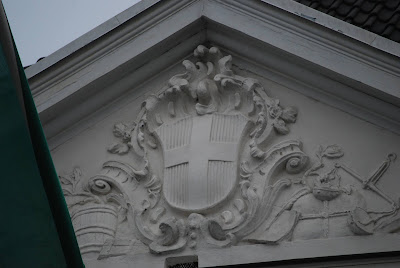 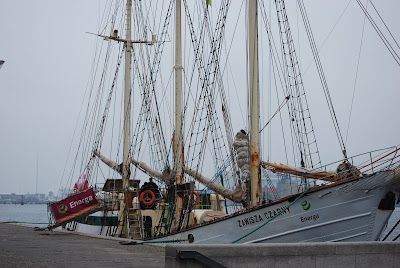 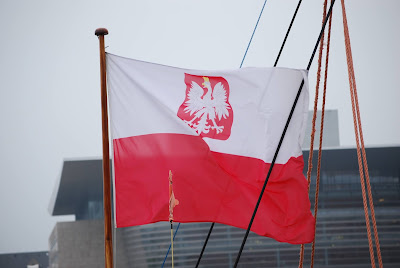 The flag of the Republic of Slovenia: 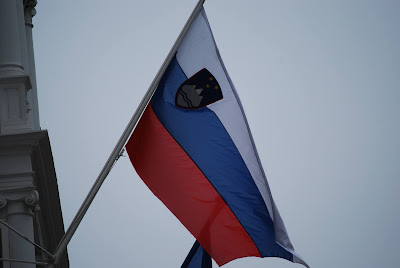 And, finally, the arms of Sweden 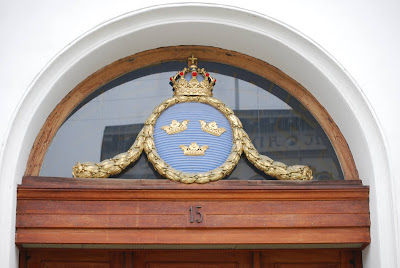 Quite the international tour, for simply walking about the streets of Copenhagen, Denmark!
Posted by David B. Appleton at 2:00 AM