The Dannebrog, the flag of Denmark, a white cross on a red field, has a great story behind its origin. Or, more accurately, it has three great stories behind its origin which share elements: its appearance falling from the sky at a battle in the first half of the 13th century, with these stories first appearing in written form in the 15th and 16th centuries. (If you'd like more details about the where and when of these origin stories, please feel free to check them out in the Wikipedia article on the Danish flag at https://en.wikipedia.org/wiki/Flag_of_Denmark)
Given all that, it was not at all surprising to find several iterations of the Dannebrog in our excursions around Copenhagen.
On the back of a tourist bus (here on the left, immediately above the French tricolor): 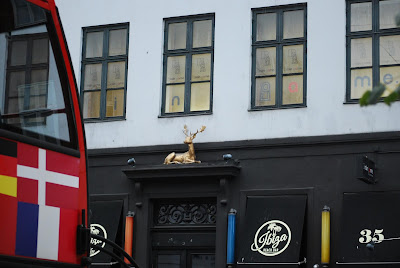 At a souvenir shop (in, really, two different versions: flag, and round shield): 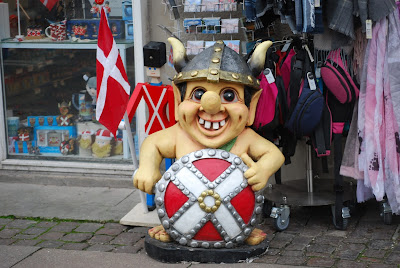 And as modified as the Royal Standard of Denmark, personalized for each King, current (top) and historical (bottom): 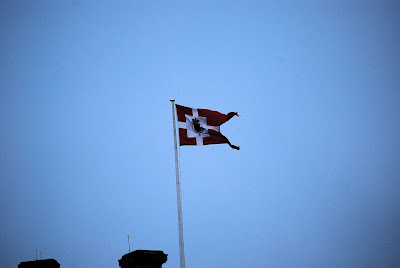 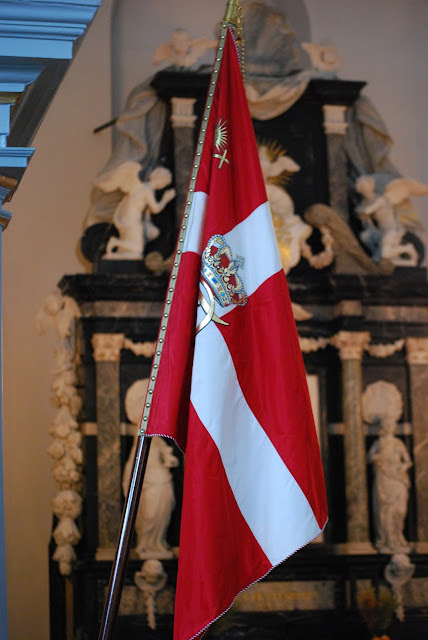 The Dannebrog is an instantly identifiable and unifying symbol of Denmark, and it was fascinating to see some of the ways in which it is being used, both historical and modern.
Posted by David B. Appleton at 2:00 AM