Some of the Many Iterations of the Arms of Copenhagen


It wasn't just the greater and lesser arms of the Denmark that can be seen in Copenhagen; the city itself has an ancient coat of arms. These arms are based on seals used by the city as early as 1254, though the present arms were not granted until 1661.
The early seals show a city wall with three towers above a base of water. This later devolved into just the three towers unconnected by a city wall, atop a base of water (often shown heraldically as barry wavy argent and azure), with a decrescent (or sometimes, increscent) moon and star (or stars) above the towers. You can see some of the early seals and various arrangements of the charges in the arms over the years on Heraldry of the World at https://www.heraldry-wiki.com/heraldrywiki/wiki/K%C3%B8benhavn
The city is justly proud of its coat of arms, and depictions of it can be seen in various media all over. Here are some of the versions that we saw while walking the streets or riding the tourist buses. (We often spend the better part of a day riding the hop on-hop off tourist buses, as they let us get an overview of the city, and explain a lot of what we are seeing along the way. These buses are a great way of familiarizing ourselves and assist in deciding what we want to see and visit while we are there.)
This first one is probably one of the most detailed versions we saw: 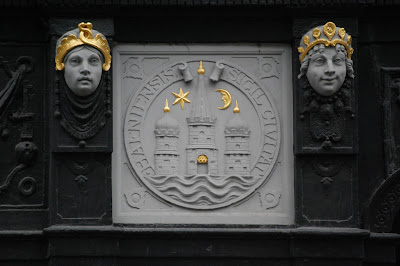 This one, on the corner of a building, I thought was pretty cool! 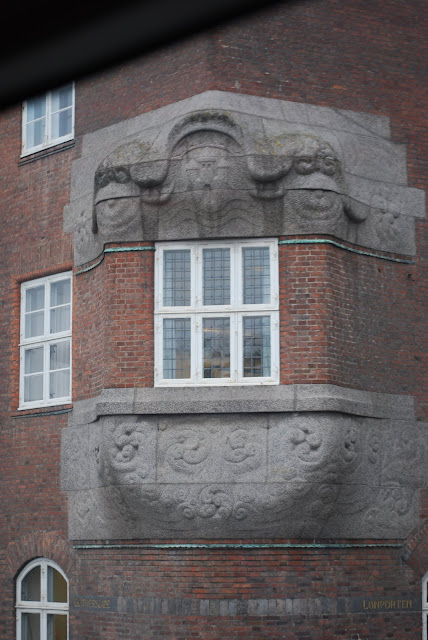 Here we have the city's arms on a bus stop: 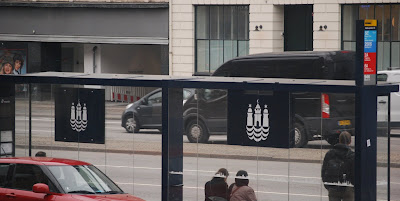 And on the central train station, with a gold background near the peak of the roof: 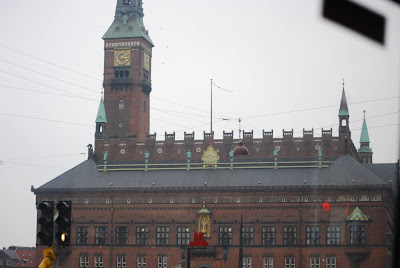 Here's a closer view of those arms: 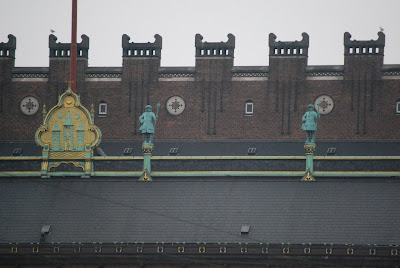 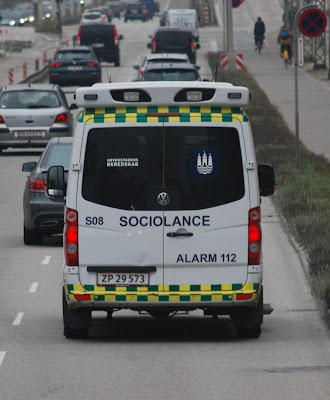 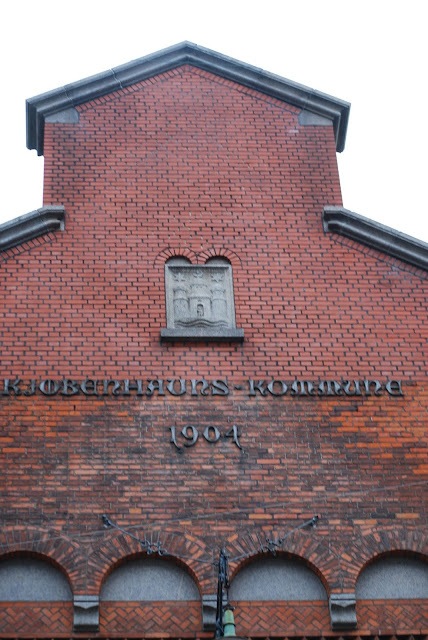 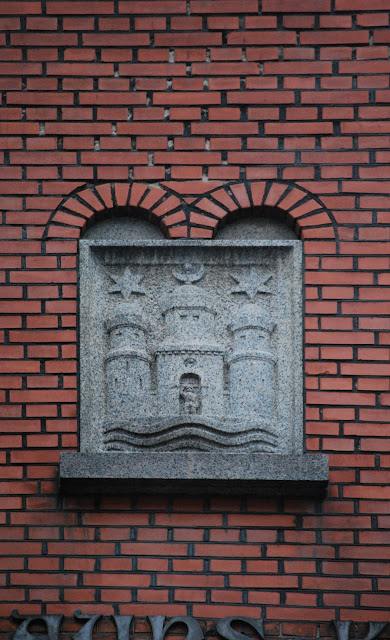 A simpler version on the building containing the Electric Corner Café: 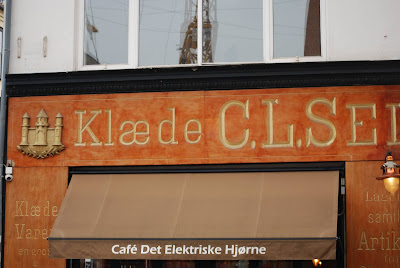 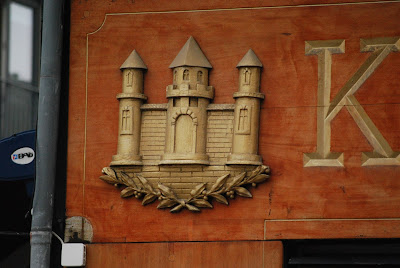 Inside the central train station in stained glass, center top: 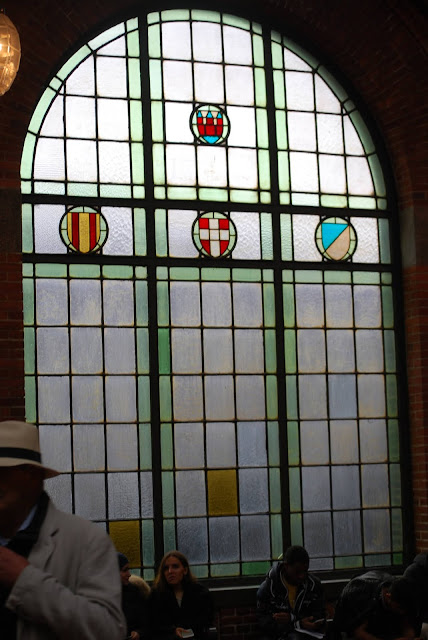 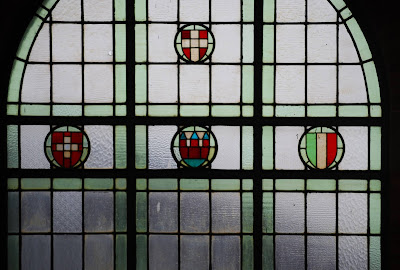 Finally, as in so many European cities, we find the arms on streetside trash receptacles: 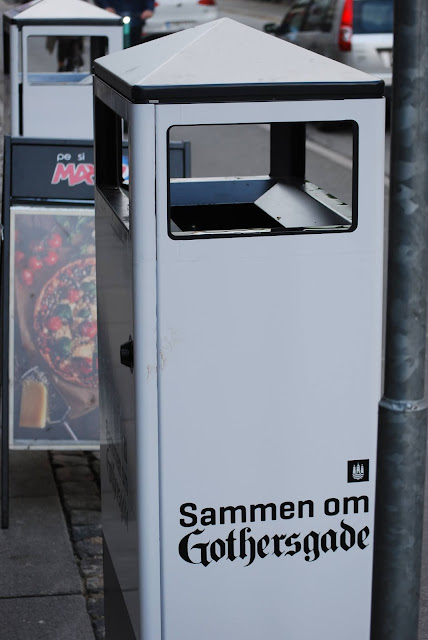 And a final close-up: 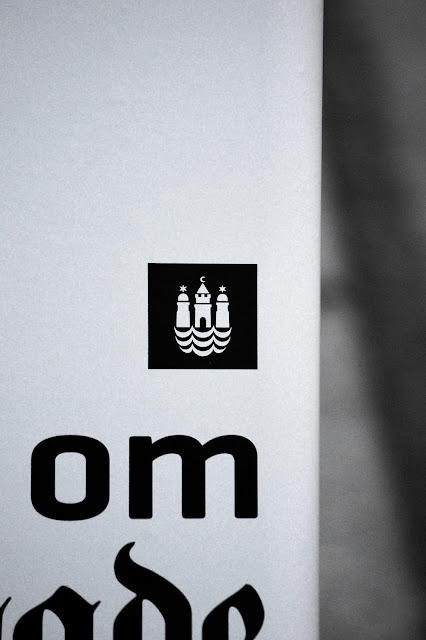 And there you have it! The arms of the city of Copenhagen carved, gilded, painted, applied, and done in stained glass. (Not to mention the tee shirt I bought while there with the city's arms on it.)
Enjoy!
Posted by David B. Appleton at 2:00 AM