The Many Uses of the Arms of the City of Ghent

Not surprisingly, as you wander about the old city of Ghent, Belgium, you can see it's coat of arms used so frequently that you believe it must be everywhere. It isn't, not really, but it does feel a bit like that.
The arms of the city are Sable a lion rampant argent crowned or, sometimes shown with a gold collar around its neck from which hangs a cross, also gold.
And here are some wonderful examples of how the city uses it heraldry.
On traffic-controlling pylons: 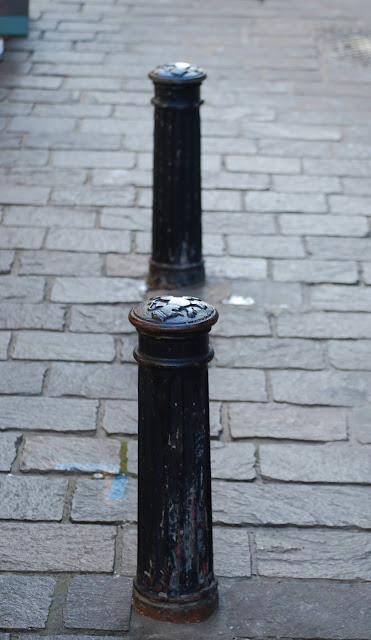 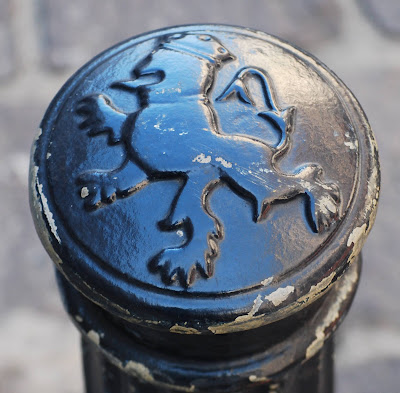 And, of course, on street signs: 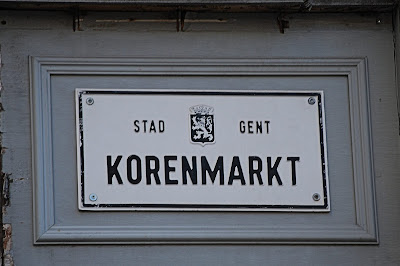 In different places on the Belfort, one of the three medieval towers that overlook the city: 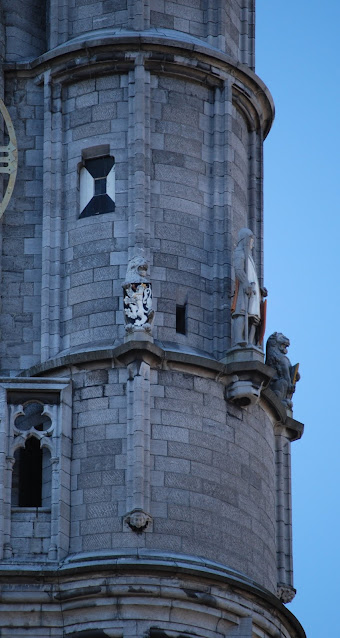 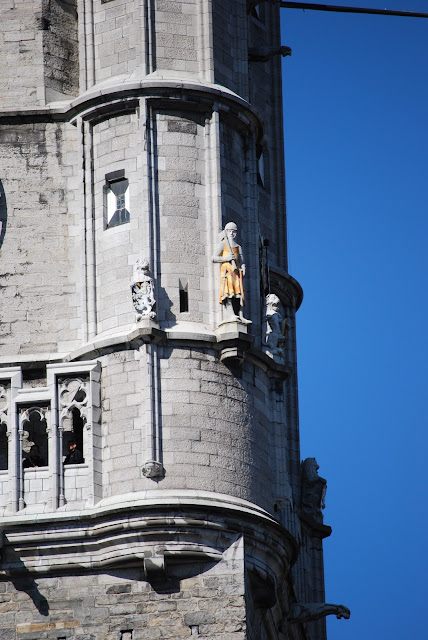 On some of the shutters on the Belfort: 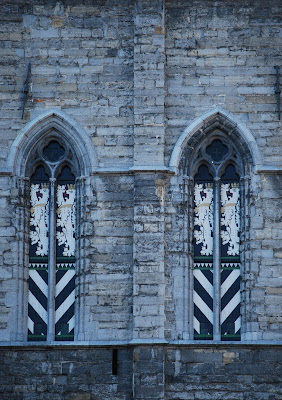 Marking a spot in a pedestrian walkway: 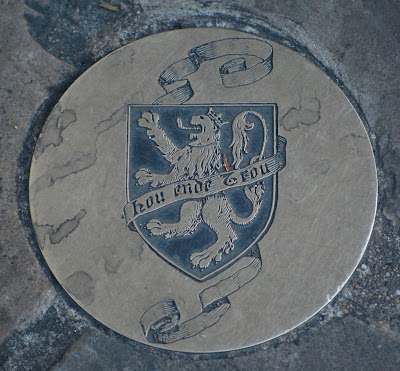 Or commemorating "Governance of Benevolence" in 1908. The Latin motto translates to "Faith and Love". 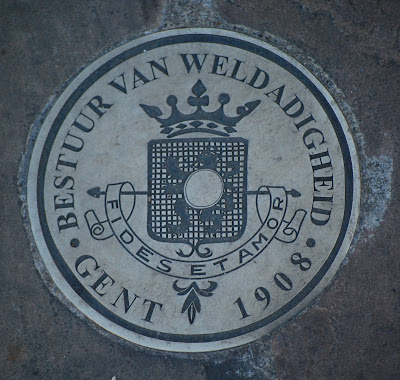 Carved on the façade of a building: 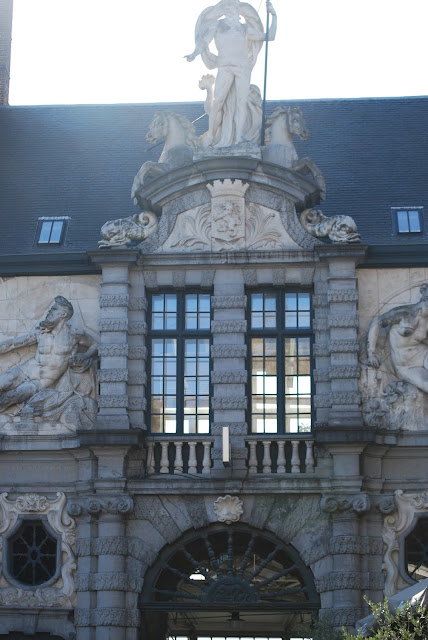 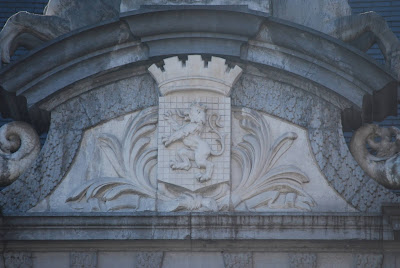 And as a free-standing flag supported by a crowned lion as on the shield: 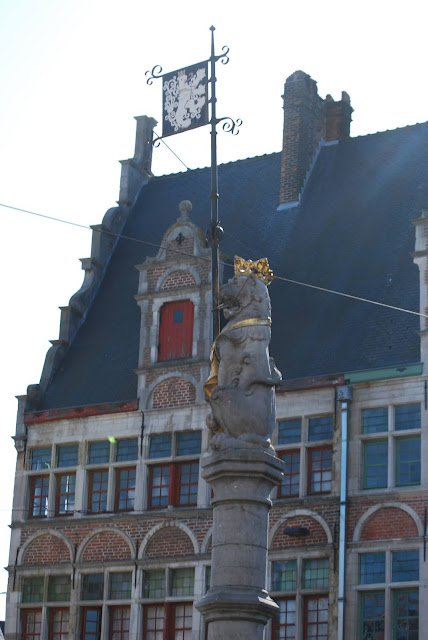 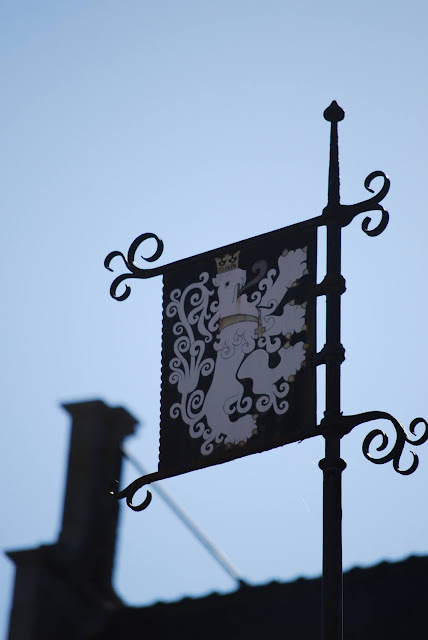 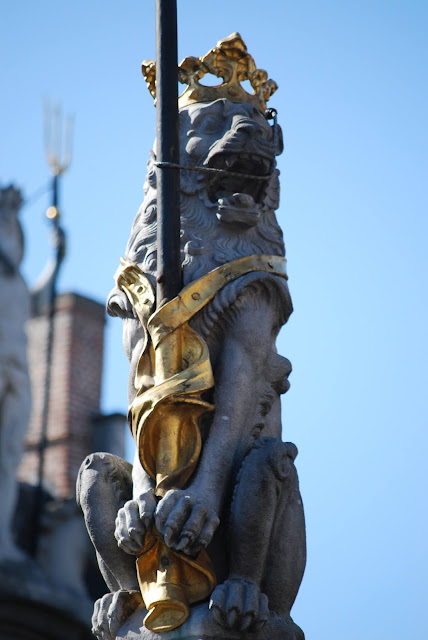 So there you have it! A selection of the arms of the city of Ghent, in different media, with uses from the purely decorative to the practical, large and small.
How cool is all that?
Posted by David B. Appleton at 2:00 AM