Two Saints, a Martyr, and Six Coats of Arms 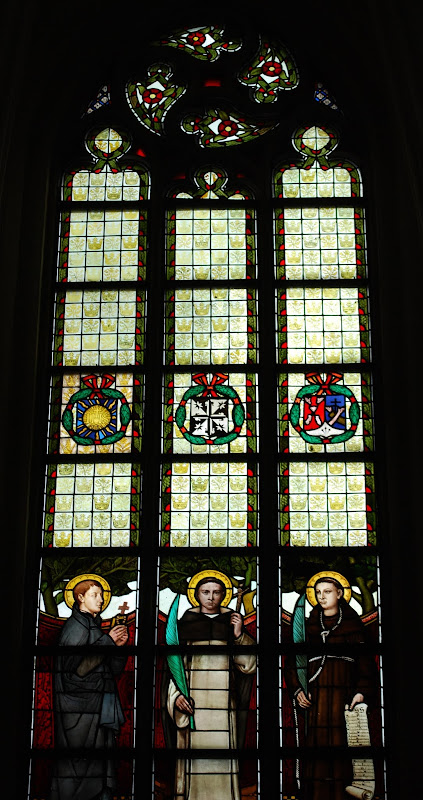 The three men, whose images are surmounted by the coats of arms of their respective orders, are, l-r:
St. John Berchmans, SJ (Dutch: Jan Berchmans), died 12 August 1621 in Rome, at the age of 22;
Luis Flores, preacher, native of Antwerp, martyr of Japan, killed 19 August 1622; and
St. Francis of Roye, one of the Martyrs of Gorkum, a group of 19 Dutch Catholic clerics, secular & religious, who were hanged on 9 July 1572 in the town of Brielle (or Den Briel) by militant Dutch Calvinists.

This detail showing the arms of their orders are, l-r: the Society of Jesus (the Jesuits), the Dominicans, and the Franciscans.

Below the figures of the three men we find six civic coats of arms: 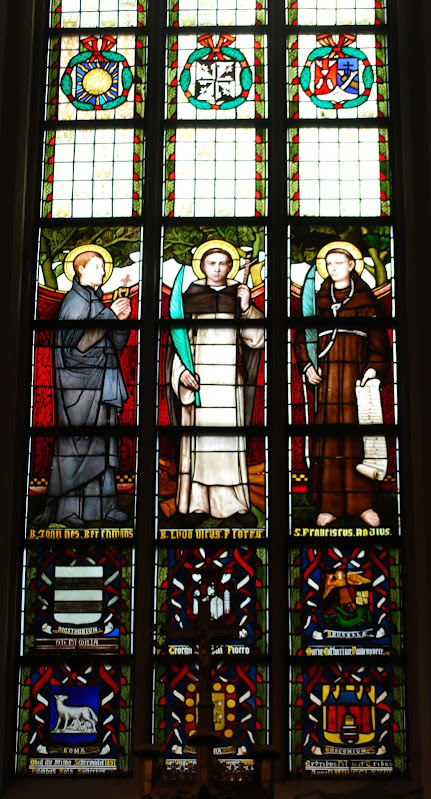 There are two rows of three cities each:
In the top row, we find (l-r): Diest, Antwerp, and Brussels, all in Belgium (I assume these are their respective birthplaces). In the bottom row we have (also l-r): Rome, Italy, another city I haven't yet identified (but which is probably to represent the city in Japan where he was killed), and Gorkum, The Netherlands, where they died. 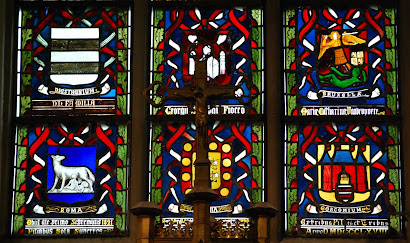