I Know, I Know! I'm an Awful Person


Or at least, I've been informed that I am, because apparently I ruin some people's fun by telling them that something that they've done could have been better and more historically accurate without any more time and energy than they invested in doing it inaccurately.

The people whose parade I am going to rain on today are a group of nine volunteers who back in 2014 in their village of Walkern, East Hertfordshire, England (population 1,541. Salute! as they used to say on the old American TV show Hee Haw), decided to create a tabard* to commemorate the village's link to Magna Carta in the person of William de Lanvalei. A worthy project, right?
But did they place the coat of arms of William de Lanvalei on the tabard? No, they did not. 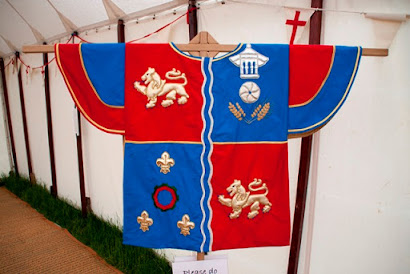 The design of the tabard was "taken from elements on the newly designed Walkern flag." So, not especially historical, then, and no obvious connection to the Magna Carta.
I note also that instead of repeating the main coat of arms from the front (and back) of the tabard onto the sleeves, they opted for a half-circle sleeve of blue bordered with red on the right sleeve and red bordered with blue on the left. Generally, tabards display the arms on the front, back, and both sleeves, something like this: 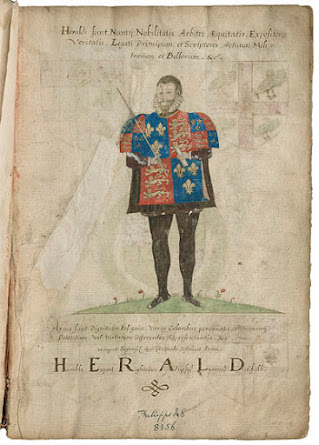 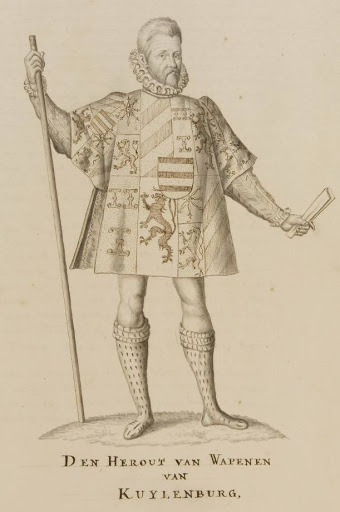 Now, don't get me wrong. This tabard is a beautiful piece of work, and they put a lot of detail work into it. (Their post about the creation of the tabard, with plenty of photographs of its progress and those details, can be found on-line at http://www.walkernhistorysociety.co.uk/index.php/site-map/magna-carta/magna-carta-tabard/)
But wouldn't it have been better to have taken all of that time, money, and energy and created something that more clearly does what they said they wanted it to do? That is, to "commemorate the village's link to Magna Carta." I mean, it's not like we don't know what William de Lanvalei's coat of arms looked like: 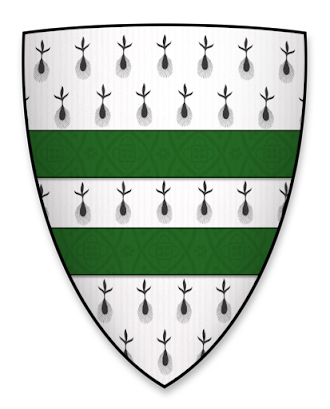 William de Lanvalei III (d. 1217) was lord of Walkern, governor of Colchester Castle, and a Magna Carta surety, in addition to being related to several of the Magna Carta barons.
I mean, sure, ermine isn't a lot of fun to embroider. (Just ask my wife, who has done it before!) But wouldn't William's arms - Ermine two bars vert - on the front, back, and both sleeves of this tabard be a more historically accurate, as well as more historically meaningful, commemoration of "the village's link to Magna Carta"? Instead of putting all of that time, money and energy into a non-historical tabard "taken from elements on the newly designed [and thus, very modern] Walkern flag"?
But don't mind me. Apparently, I'm an awful person just trying to ruin people's fun by suggesting more historically accurate ways to do what they are trying to do.
* Tabard: A coarse sleeveless (or with short sleeves) garment worn as the outer dress as a surcoat over armor or by heralds acting on behalf of the person whose arms were emblazoned on the tabard.
Posted by David B. Appleton at 2:35 PM