The Next Step in the Evolution of the Arms of Württemberg

In 1495, the County became a Duchy and, of course, somehow someone felt the need to complicate the arms of the new Duchy even more. (These arms were used until about 1700.) Let's begin with a couple of versions in color (the first from a map of the Duchy of Württemberg which also has the plain arms of Württemberg accompanying it, and the second carved on a wall and then painted), and then go to several of the plain stone carved renditions. 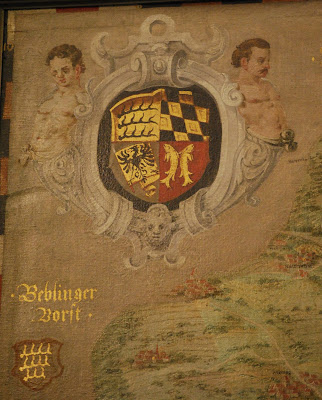 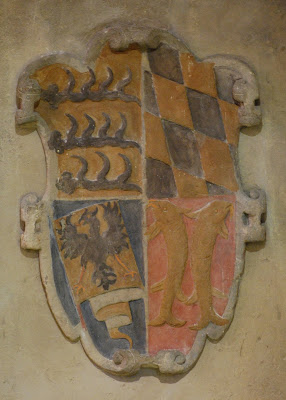 The arms are blazoned: Quarterly: 1, Or three stag’s attires fesswise in pale sable (Württemberg); 2, Lozengy bendwise [in some examples, bendwise sinister] or and sable (Teck); 3, Azure(?) a flagstaff bendwise gules steeled argent flying a pennon or charged with an eagle displayed sable (the Banneramt, the office of the Imperial banner); and 4, Gules two fishes haurient embowed addorsed or (Mömpelgard). 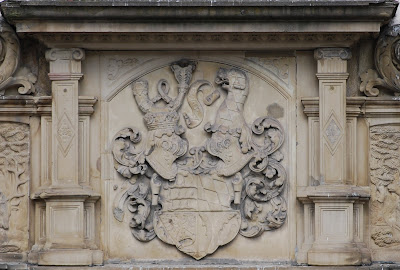 Above we have the arms of the Duchy with two crests: the hunting horn for Württemberg, and a dog's head for Teck.

This version uses three crests (plus the two non-supporting stag supporters for Württemberg in panels on either side of the arms): the hunting horn for Württemberg, a female bust with fish as arms for Mömpelgard, and the dog's head for Teck. (You really ought to click on the image above to see a larger version; either the lady has fish for arms, or fish have swallowed her arms all the way up to her shoulders!) You can also see that crest in more detail in this other image, below. 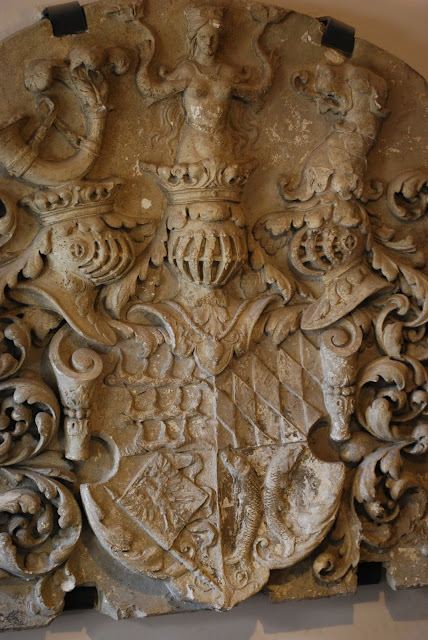 And, of course, there are other versions without incorporating the crests at all. 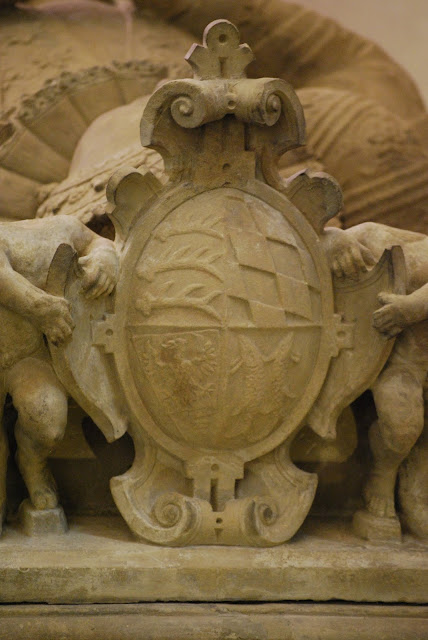 Clearly, the "supporters" in this one are not the usual stags, but putti who seem to have lost their heads!