A Couple of Dukes in Heidelberg Castle


It's always fun to find armorial portraits in my travels, and then come home and learn more about the men in the portraits (and the heraldry portrayed in them, too!).

Today's armorial portraits are of two Fredericks: Frederick I the Victorious, and Frederick II the Wise. 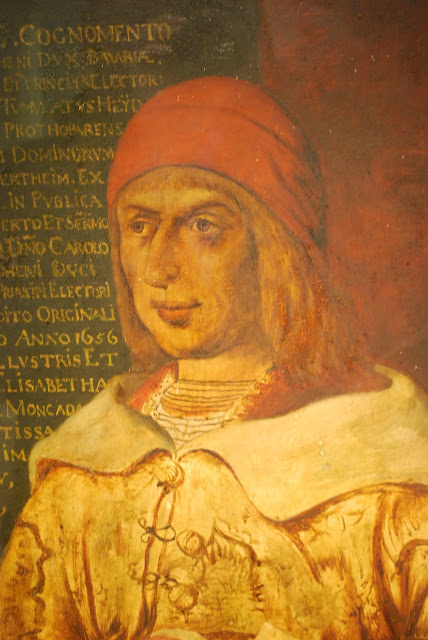 The text on his portrait, above, also says that he was Duke of Bavaria, but I do not find him (or Frederick II, for that matter) in the list of Dukes of Bavaria found on Wikipedia (https://en.wikipedia.org/wiki/List_of_rulers_of_Bavaria). 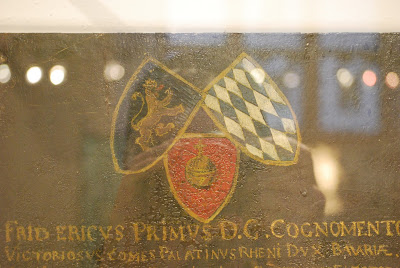 Be that as it may, the coats of arms found on the portrait are those of, from left to right respectively: the Palatinate (Pfalz) of the Rhine; the Archidapifer (chief food-bearer) and Elector of the Holy Roman Empire; and Bavaria.

Our other armorial portrait gives the same offices/titles and displays the same arms as the portrait of Frederick I above. 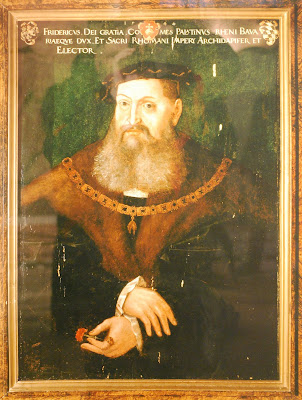 Frederick II the Wise (1482-1556) is credited on his portrait as being Count Palatine, Duke of Bavaria, and Archidapifer and Elector of the Holy Roman Empire.

His wife Dorothea was a daughter of King Christian II of Denmark, and he was involved in efforts with the Emperor Charles V to reinstate his father-in-law after having been deposed from the throne of Denmark and Norway following a rebellion by Danish nobles in 1523, but such attempts did not succeed. 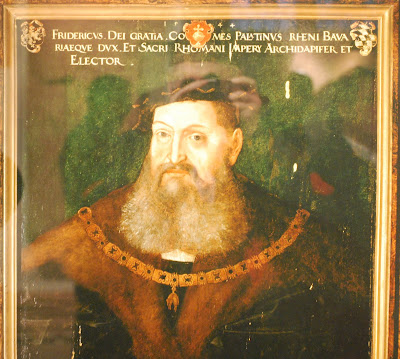 Here again, we have the arms from left to right of: the Palatinate (Pfalz) of the Rhine; the Archidapifer (chief food-bearer) and Elector of the Holy Roman Empire; and Bavaria.

Frederick II was made Elector Palatine in 1544, thus explaining the date around the shield of the Elector in the portrait above.