Once Again, "You Can Find Heraldry Everywhere!"

I've said it many times before, and I will probably say it many times in the future, because it's true. You can find heraldry everywhere, sometimes in the most unexpected places, and even when you're not looking for it at all!

The most recent case in point:

I had dropped off one of my three-piece suits and a sports jacket at the dry cleaners. After I picked them up when they had been cleaned, I noticed that the clear plastic bags placed over them on the hangers to protect them from the elements had ... you guessed it! ... heraldry on them.

Running down the front was a row of a printed achievement of arms interspersed with shields with a lion rampant (to sinister) on them.

Here's an image of one of the latter: 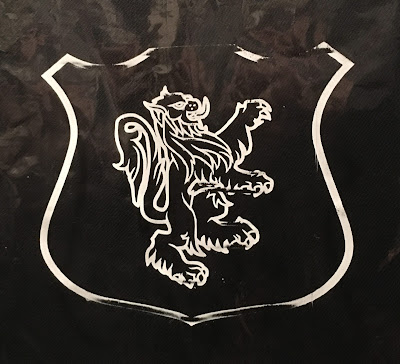 Yes, I am sure that the lion is rampant to sinister, and not just printed on the other side, as the images of the achievements of arms with their accompanying lettering was correctly readable: 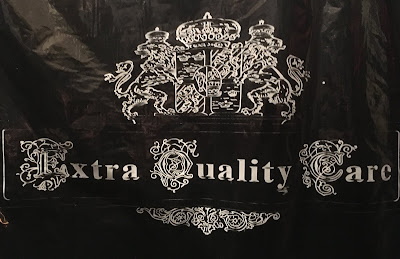 The achievement is, as many of you might recognize, the arms of the Kingdom of Sweden! 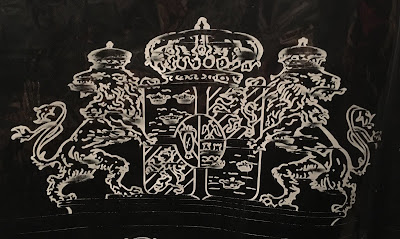 I never expected, when I woke up in my home that morning just a few days ago, that I would find myself face-to-face, as it were, with heraldry out "in the wild".

As I said, and have said, and will say: You can find heraldry everywhere!