Arms on the Postern Gate at Christ Church Gate, Canterbury


Next to the main gate at Christ Church Gate, Canterbury, which leads into the precincts of the famous Canterbury Cathedral, is a smaller postern gate, which bears three coats of of arms. 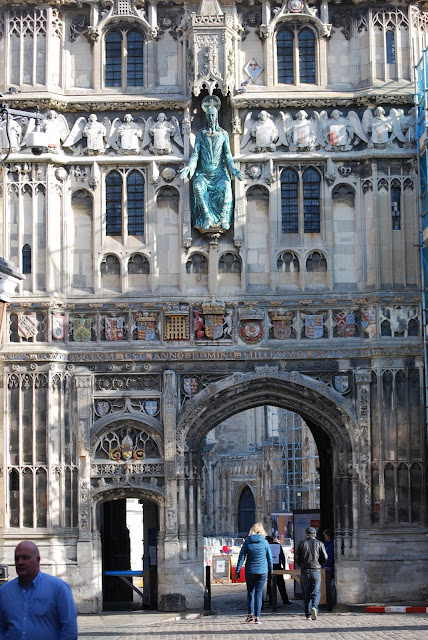 In the upper corners of the framework around the gate are two coats of arms, and in the center directly over the gate is another. 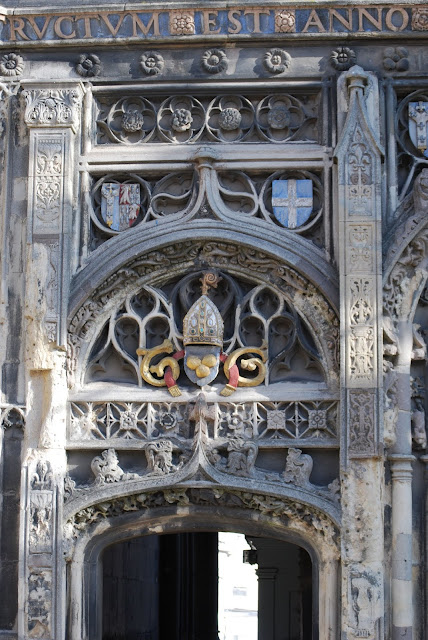 The arms in the upper left of the gate are those of John Morton, Archbishop of Canterbury 1486-1500, again, marshaled with those of the Archdiepiscopal See of Canterbury. We have seen these arms before, too, in the church of St. Mary-at-Lambeth, which can be seen in the post of September 24, 2018, at https://blog.appletonstudios.com/2018/09/the-arms-of-archbishop_24.html His arms are blazoned: Quarterly gules and ermine, in bend two goat's heads erased argent. 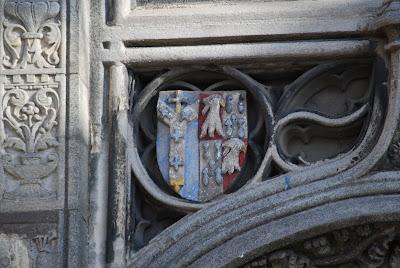 The arms on the upper right of the gate are some we have seen before, and will see again, those of the Dean and Chapter of the Cathedral Church of Canterbury, Azure on a cross argent the letters I X in pale sable. 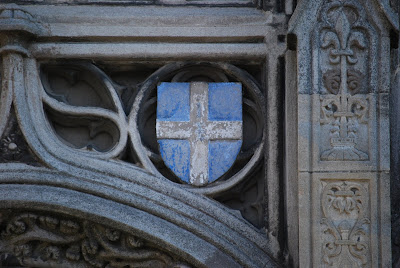 The arms directly over the gate were a little harder to identify. I believe they are those of Prior Goldstone who, with Prior Goldwell, provided the funds to build Christ Church Gate. If my surmise is correct, they are canting (punning) arms: Sable three stones conjoined two and one or (or black, three gold stones). 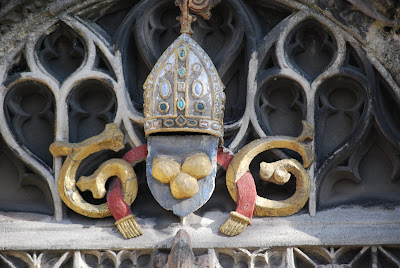 Next time, on to the heraldic treasure that is Canterbury Cathedral!