Heraldic Controversy in Scotland: A Follow-Up


In a post on May 24 (https://blog.appletonstudios.com/2018/05/heraldic-controversy-in-scotland.html), I'd discussed an issue between the Craigie Primary School in Perth, Scotland, and the office of the Lord Lyon King of Arms. This controversy centered around the armorial badge/logo used by the school: 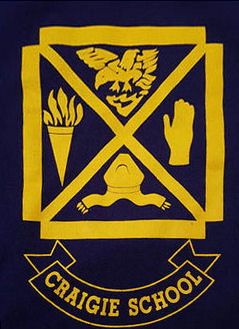 Well, there have been some new developments, and apparently there has been a lot of exaggeration and hypersensitivity about this school badge vis-a-vis the Lord Lyon (I am shocked, Shocked!, I say, to find that the press has blown this issue all out of proportion), and that now, perhaps, cooler heads will prevail.

In a letter to Pete Wishart, MP for Perth and North Perthshire, the Lord Lyon's office said: "Be it extremely clear to you or to any constituents who are parents, at no time was any enforcement of the law discussed, only information given about what the present situation was. [It is] an exaggerated story which has captured some people's imagination but not based on the reality of how these matters are dealt with within a modern Scotland."

In his letter, he added he will also visit the school himself to explain his role and the heraldic laws to the pupils.

The letter continued: "[Lord Lyon] would be grateful if [Mr Wishart] would pass this on to the parents concerned, that there is no question of me being in any dispute with the school or the pupils of the school, who I hope to visit personally before the summer break to explain my role to them directly. In my view the matter has been dealt with disproportionately in relation to the issue at stake but I am clear that this does not start in my office, but simply has been based on misinformation about what has gone on."

Parents had set up an online petition to the UK Government in response to the heraldic dispute. The petition aims to make primary and small schools exempt from the Lord Lyon King of Arms Act of 1672.

Anyway, at least for the foreseeable future, the school will be able to continue using its badge, and Dr. Morrow, Lord Lyon King of Arms, will visit the school and do a little educating about heraldry and heraldic enforcement in Scotland in the 21st Century.

You can see more about this new development on-line at https://www.dailyrecord.co.uk/news/local-news/perth-schools-heraldic-dispute-over-12614894 and https://www.thecourier.co.uk/fp/news/local/perth-kinross/661010/perth-pupils-relief-as-school-badge-spared-might-of-lord-lyon/