What Is This Ship's Badge Doing Here?


There was one final ship's badge that I saw at the Bute Museum, but though I keep asking myself the question in the title of this post, I have not yet come up with an answer.

The reason for the inquiry is this: 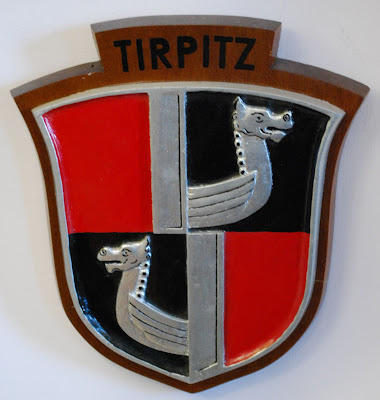 Yes, it is, indeed, the badge of the second of the two Bismark-class German battleships of World War II, the Tirpitz. (You can see the badge right near the point of her bow in this photograph taken at the launch of her hull.) 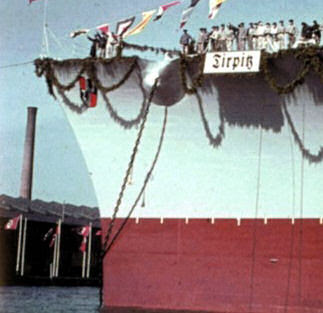 Launched in 1939, her primary role in WWII ended up just being a threat from her station in Norway, tying up a portion of the Royal Navy in case she ever broke out into the North Sea or the Atlantic Ocean. After suffering some comparatively slight damage in several attacks by aircraft and miniature submarines, on November 12, 1944 an attack by RAF Lancaster bombers carrying 12,000 pound "Tallboy" bombs scored two direct hits and a near miss which caused her to capsize and sink. From 1948 through 1957 the ship was cut up into pieces in a joint German-Norwegian company salvage operation.

All that said, what is this ship's badge doing in a museum on the Isle of Bute, Scotland? Were one (or more) of the Royal Navy and/or Royal Air Force attacks on the Tirpitz launched from Rothesay? Is it a souvenir from a sailor? Is there some other reason?

I have no idea. But it was a bit startling to run across this ship's badge there, which of course only made it the more memorable for being totally unexpected.