In my post of January 25, I promised that I would share more depictions of the arms of the Royal Burgh of Rothesay that we saw in the Bute Museum (right across the street from Rothesay Castle). Here they are: stamped into leather; carved in wood; painted on fabric, on panel, and on glass; and even displayed on a grant of arms from Lord Lyon King of Arms to the Bute Community Council. 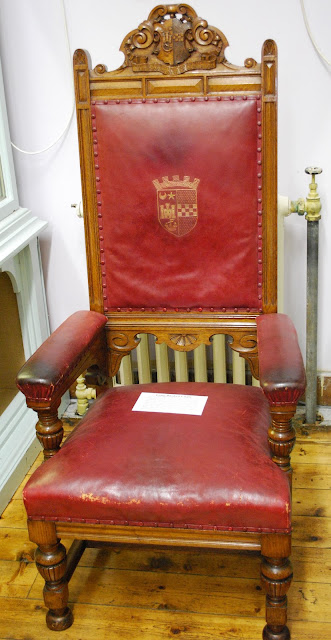 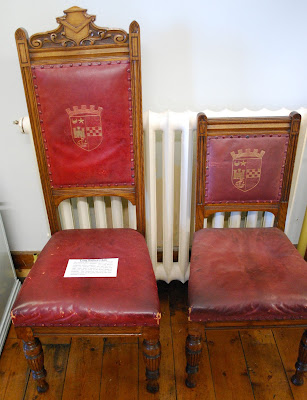 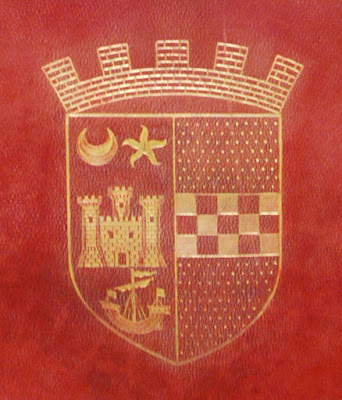 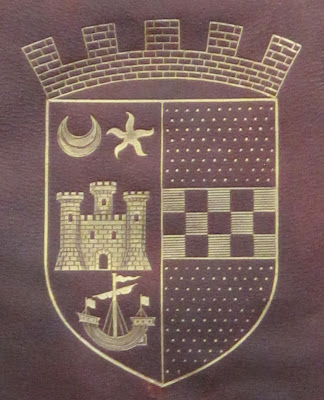 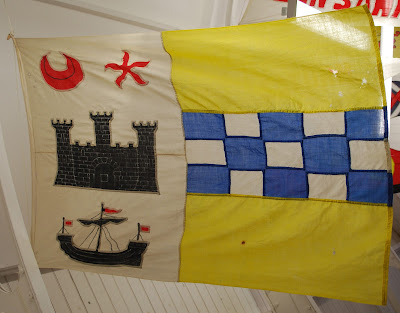 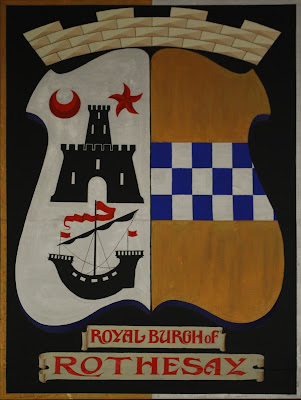 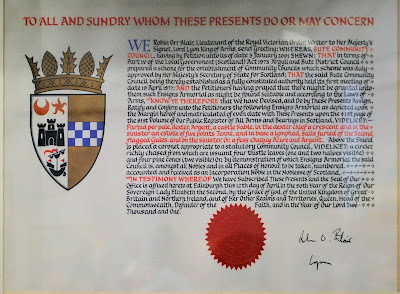 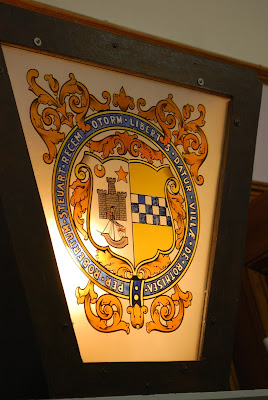 Personally, I'd simplify the blazon of the arms a bit from that given by Lyon Blair (you can read his blazon by clicking on the picture here of the grant), making it: Per pale: Argent a castle sable between a crescent, an estoile of five rays tenné, and a lymphad sails furled sable flagged gules; and Or a fess checky argent and azure. (I tend not to blazon the specific placement of three charges around a central charge, as the default placement for them would generally be one in dexter chief, one in sinister chief, and one in base, sometimes blazoned as two and one if all three charges are the same.)

But all this is what I would certainly call "a display of heraldry!"