Incorporating elements from the arms of the Royal Burgh of Rothesay, we ran across the following three items, two inside and one outside of the Bute Museum. 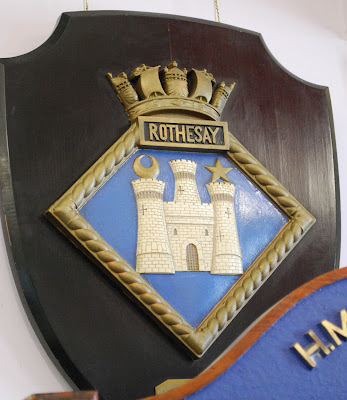 First was a carved heraldic plaque from HMS Rothesay (F107), launched 1957, decommissioned and scrapped 1988. This ship's badge contains the castle, crescent, and mullet (as opposed the "estoile of five rays") from the arms of the Burgh. HMS Rothesay was the lead ship and namesake of the Type 12M class of anti-submarine frigates. 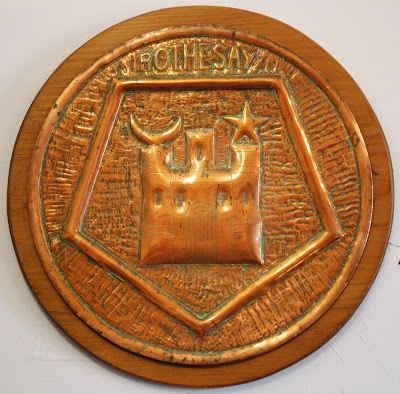 This second ship's badge presumably came from an earlier HMS Rothesay (J19), a Bangor-class minesweeper, launched 1941, decommissioned and broken up 1950. 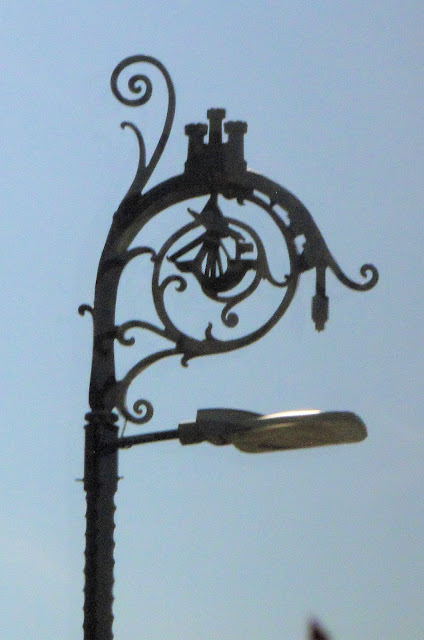 The other heraldic item was a decorated lamppost, bearing the castle and lymphad from the arms of the Burgh on it.

It is always a pleasure to see something as utilitarian as lamppost spruced up with some of the local heraldry. It turns such things into more of a work of art.