The dome, the chair, and the stained glass window were not the only displays of trades/guild heraldry in the Trades Hall in Glasgow. The following are some of the depictions of the arms of the guilds that can be found in the various rooms there.

(I apologize that a couple of the pictures are slightly out of focus. I was shooting indoors without a flash, and the auto-focus didn't always quite catch the image as sharply as it is supposed to. Still, I'm happy that so many did turn out so well.) 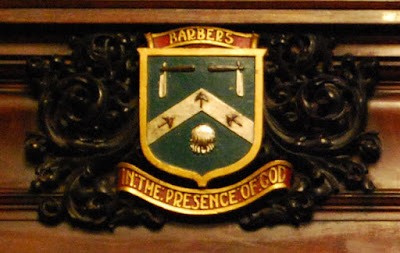 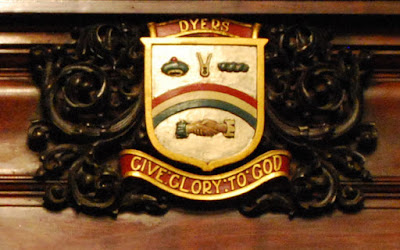 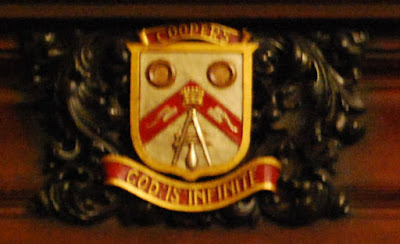 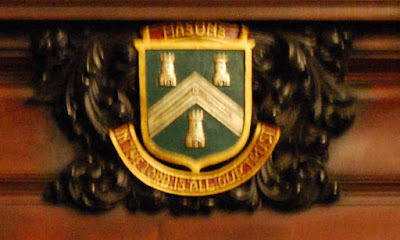 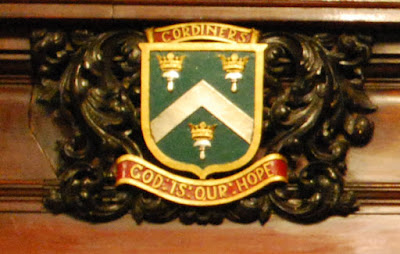 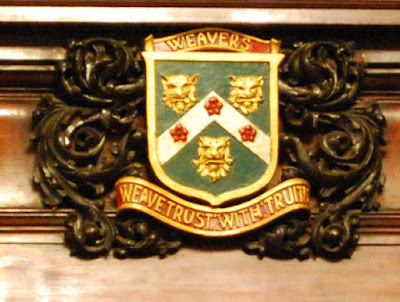 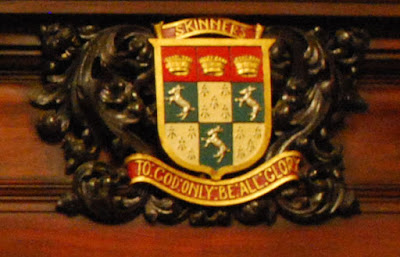 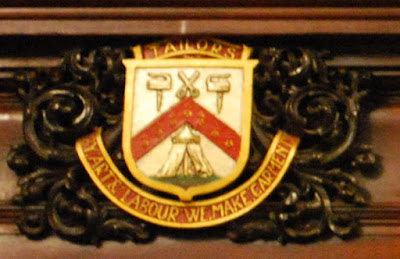 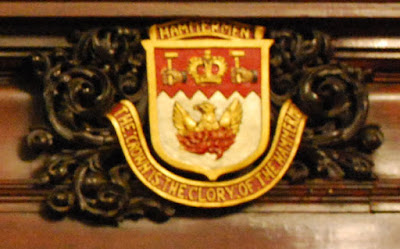 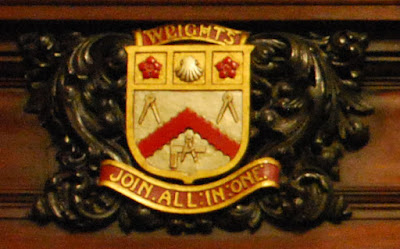 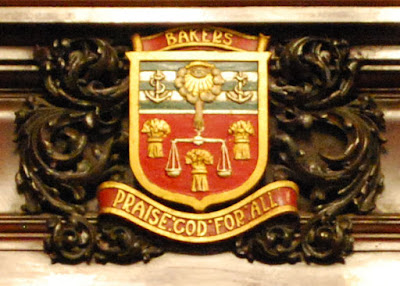 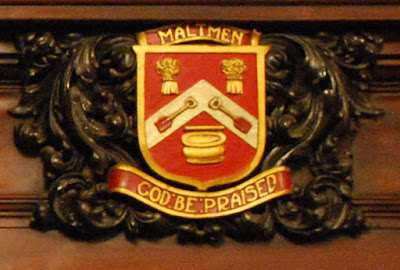 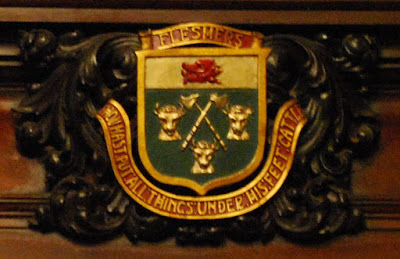 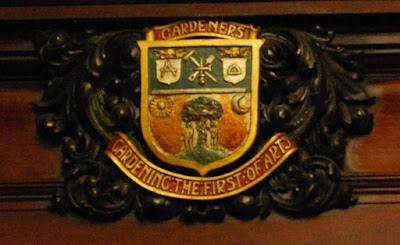