There is a lot of heraldry throughout the Trades Hall in Glasgow, Scotland.

No, I mean, really, there is a lot of heraldry there. Including, as you will see here, a number of depictions in different media of the Royal Arms, both Scotland and the United Kingdom as used in Scotland. 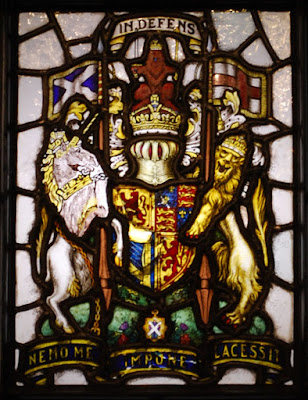 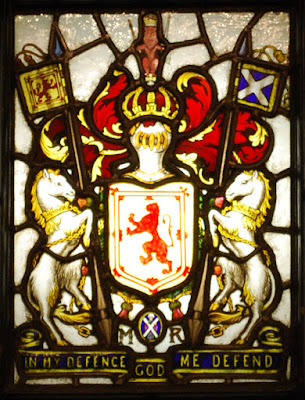 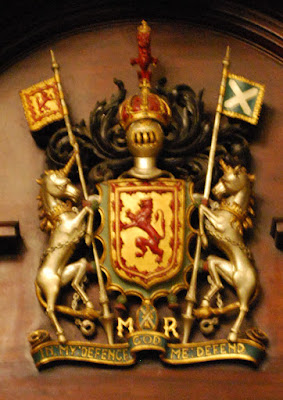 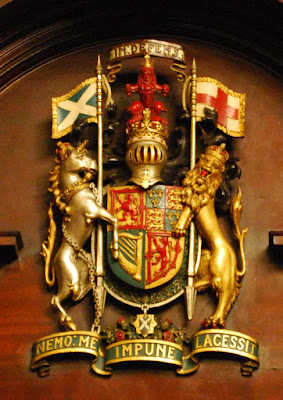 Of all of them, though, I think the one that captured my imagination the most was this little carved stone one, which substituted a clock for the Royal Arms. Please note the carefully carved rose and thistle at the base of the clock. All in all, I think the various displays of the Royal Arms in the Trades Hall show a high quality of craftsmanship as well as a high level of patriotic pride. Well done!