Walking around the exterior of one of the buildings at the University of Glasgow, we passed an impressive stairway "guarded" by a pair of the supporters from the Royal Arms as used in Scotland: a unicorn and a lion. 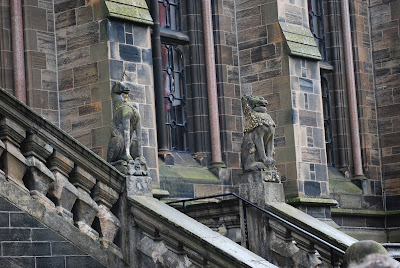 I must say, I wouldn't mind having a pair of heraldic beasts to flank the entrance to my house!

Though I suppose it's like that old saying, "If you have to ask how much it would cost, you can't afford it." 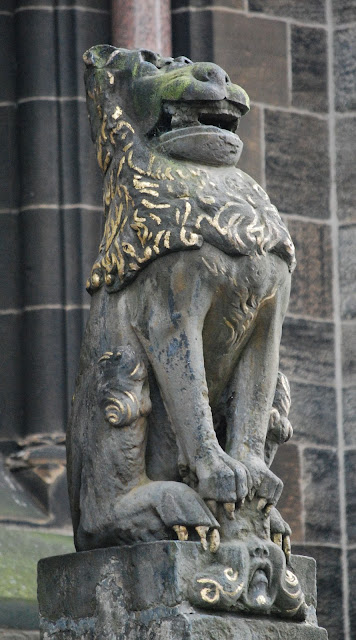 Still, it's nice to dream.

(And you've got to love that face between the lion's paws, don't you?)