No, really, I do!  When I see the production of a play put on by the Royal Shakespeare Company, I expect them to get the heraldry right.  All of the heraldry.

In watching the DVD of the 2013 RSC production of Richard II starring David Tennant, some of the heraldry just looked a bit "off" to me. Surprisingly, when I hit the heraldry books and did some research, some of it was correct, and I was the one who was wrong. 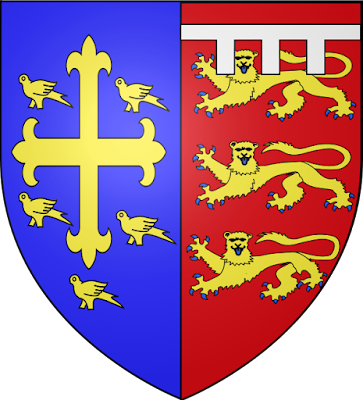 The arms shown for Richard II were simply Quarterly France ancient and England.  Which at the time of the play, late in Richard's reign, were not the arms he was using.  Those were the arms of his grandfather, Edward III. 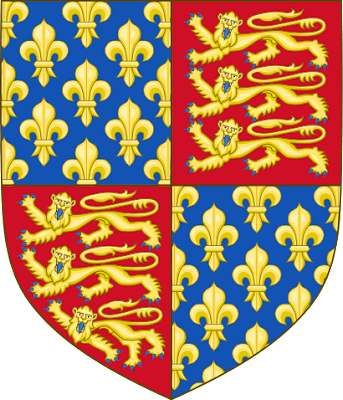 The arms that Richard was using at this point in his reign were these; the arms of St. Edward the Confessor marshaled with the then Royal Arms of England. 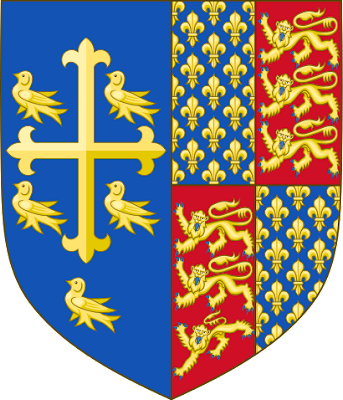 You can easily see the difference.

And the arms worn by Henry Bolingbroke, Duke of Hereford and Derby, son of John of Gaunt, Duke of Lancaster, were shown in the play as Quarterly France modern [with only three fleurs-de-lys] and England; in other words, the arms he adopted as King Henry IV.  But not the arms he used at the time: 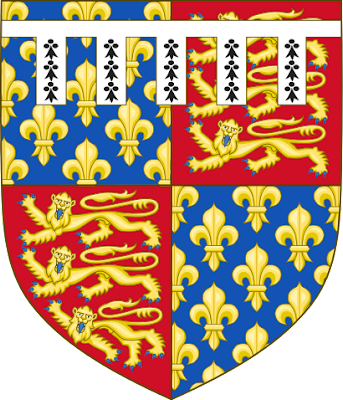 Or the ones he bore later, after his father died, and he became Duke of Hereford and Lancaster: 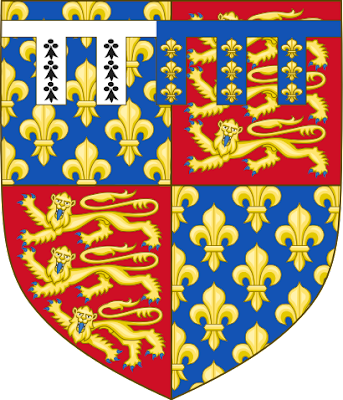 It's great when a production gets the heraldry right, as this one did in several instances.  I especially liked the projection of the White Hart badge of Richard II on the backdrop of the stage for one scene.

But really, if they can get some of it right, can't they also get the rest of it correct, too?