It's always a bit amazing to me, that it's possible to go cruising about the internet, not looking for anything particular, reading an article or post here and there, and BAM!  Stumble across some heraldry you've not seen before.

In this specific instance, it was a brief post on Facebook, which included the "crest" of the Seattle, Oregon Police Department. 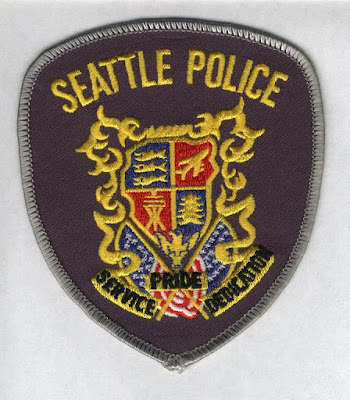 The design intrigued me (not necessarily in a good way; it follows a far, far too common pattern for civic arms here in the United States, of having four quarters, each with a different charge or charges in each quarter).   Here, we've got all sorts of symbols that pretty much scream "Seattle!" There are salmon in the first quarter; a commercial airliner in the second, presumably made by the Boeing Corporation, headquartered in the area; the Seattle Space Needle in the third, a relic of the 1962 World's Fair held there; and a tree (presumably a giant redwood, but I could be mistaken about that) in the fourth.  But as I say, I was intrigued, and thought I'd see what else I might find related to it.

And wouldn't you know?  There was more out there. 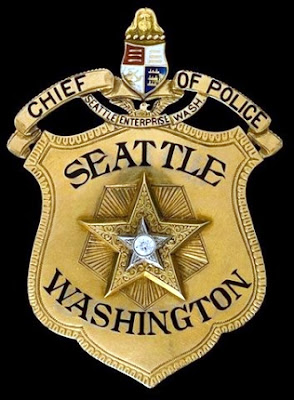 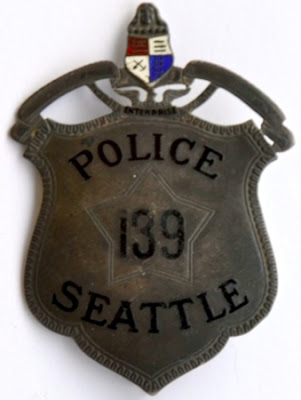 The two above, for example, are pretty clearly an older design, though it's hard to make out all of the charges in the quarters at this size.  (Some, at least, are probably salmon again.)  And it doesn't help that some of the charges are metal on metal (argent with or charges), very low contrast, which tends to "muddy" the outlines.  But that's why heraldry has the Rule of Contrast.  It's all about identification, people!

Not everything I found was the same or similar, mind you.  I mean, the City of Seattle uses an entirely different, non-heraldic design. 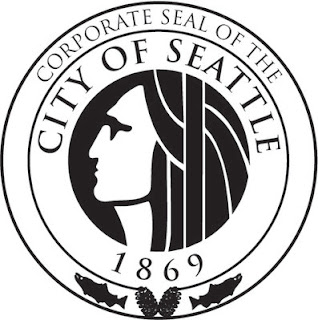 Seattle University, too, though adopting the quartered coat with different stuff in each quarter (Oh, look!  There's Mount Rainier seen through some pine trees!), uses an entirely different arrangement of colors and charges on their shield. 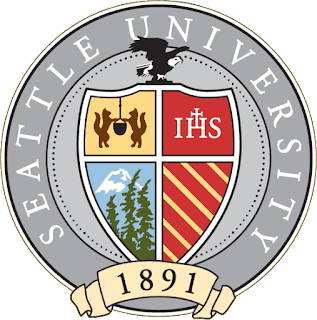 And finally, I did run across one variant of the Seattle Police arms, presumably not actually used by them, which makes note of the fact that Washington is one of the few states in the union which has legalized the purchase and use of recreational marijuana ..., 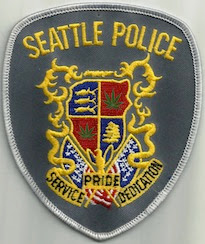 Hence the green marijuana leaves in the second and third quarters (albeit now color on color.  Not the worst heraldic color combination, but still ... it's about identification, people!).

Anyway, it was an interesting search to go on, all begun by stumbling across a picture in a short post on Facebook.