It's just wonderful, the heraldry that you can find in old English churches.  And I don't mean just the the really old memorials there, though those are always a pleasure to see, too.

But just to demonstrate that not all of the nice heraldic memorials don't all have to date back to the 18th, or 17th, or even 16th centuries, here's an example from the early 20th century. 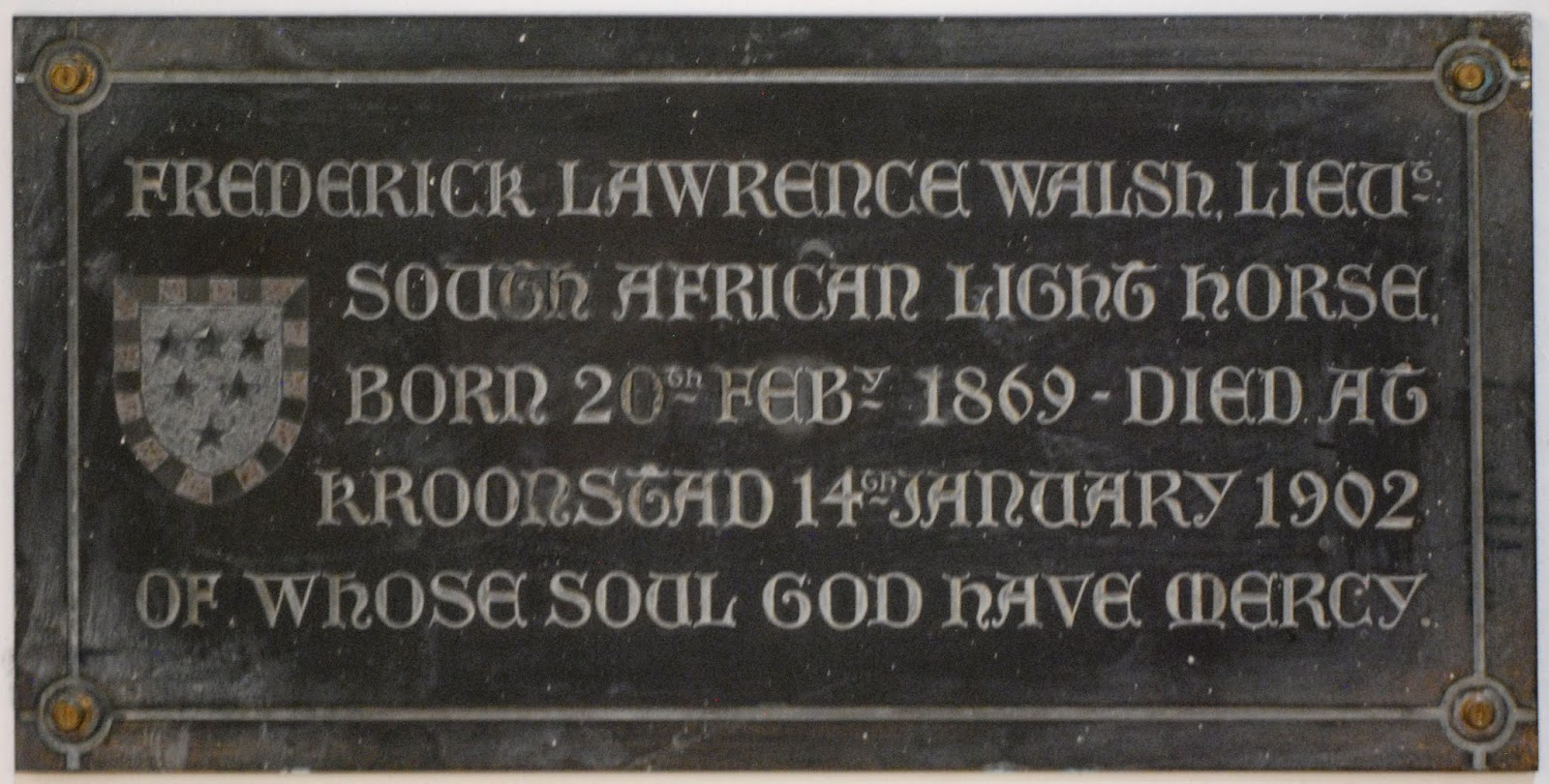 Lieutenant Frederick Lawrence Walsh died in the last months of the Second Boer War (11 October 1899 until 31 May 1902) between the United Kingdom and the South African Republic (Transvaal Republic) and the Orange Free State.

The memorial is mounted on the wall of St. Martin's Church in Canterbury, Kent, England.  We were there as part of "Chasing Chiltons Tuesday," when we were visiting the three churches (two in Canterbury, one in Sandwich) where my 11th great grandfather and his family had worshiped.  He had two of his children, Joel and Mary (he had a later daughter also named Mary who accompanied him and his wife on the ship Mayflower) buried there on November 2 and 23, 1593, and had a daughter Elizabeth and a son James baptized there in 1594 and 1596, respectively.