Well, it was almost heraldry.

Memorial Day here in the United States is a holiday held on the last Monday in May dedicated to the memory of those who have died while serving in this country's armed forces.  It began as Decoration Day just a few years after the end of the American Civil War, and at that time memorialized those who had died in that bloody conflict.

The Fort Worth, Texas camp of the Sons of Union Veterans of the Civil War, of which I am a member, holds an annual Memorial Day ceremony at the Grand Army of the Republic* monument in Oakwood Cemetery in Fort Worth.  It is a relatively brief but moving ceremony, including a three-howitzer salute by a related unit, and draws a number of visitors and onlookers.

On an only marginally related note, I enjoy participating in it because it gives me the opportunity to visit the cemetery and to see some of the old, and new, headstones, etc.  This time, as we were driving in, my wife spotted an above-ground mausoleum which what looked like a coat of arms over the entrance.  So we made sure to go by it on our way out so we could get a photograph of the arms. 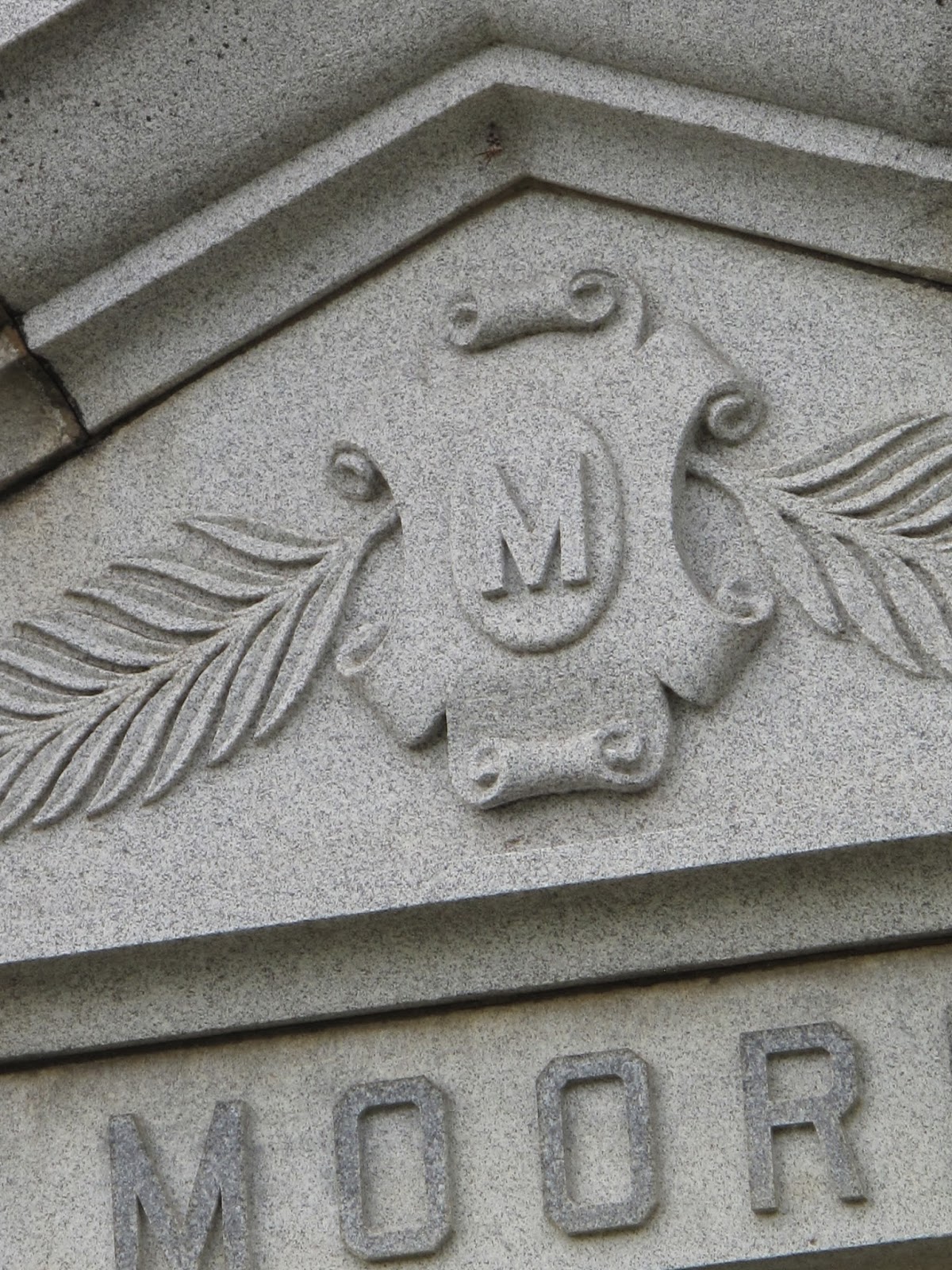 As you can see, as heraldry it is an "almost."  That is to say, it's almost heraldry, but falls a bit short.  A bit of a disappointment, admittedly; one could wish that the Moore family would use a real coat of arms there.  But still, it's nice to find even "almost" heraldry on a late spring morning in Texas.


*  The GAR was made up of those who fought for the Union in that war, whether soldier, sailor, or marine.  As the GAR's numbers dwindled as those men aged and died off (in much the same way as our World War II veterans are doing now), the SUVCW, made up of their children, grand-children, and so on, became the successor organization to the GAR, and carries on its legacy, including keeping alive the memory of their lost comrades in arms.

Email ThisBlogThis!Share to TwitterShare to FacebookShare to Pinterest
Labels: Fort Worth, Texas