It’s always especially fun to run across an article about someone I know.  I first met Frederick G. “Fred” Brownell of South Africa in 1996 when we each attended the International Congress of Genealogical and Heraldic Sciences that was held in Ottawa, Canada that year.

Our paths crossed again by mail a little later when, having been invited to attend 1997’s International Congress of Vexillology but being unable to go, my wife Jo Ann and I obtained and sent to him for the Congress a U.S. flag that had been flown over the Capitol Building in Washington DC and a Texas state flag that had been flown over the State Capitol Building in Austin, Texas, along with a U.S. flag lapel pin for him.  A while later I had another opportunity to write him that I had wanted to acquire a copy of his book, National and Provincial Symbols of the Republic of South Africa, but hadn’t been able to find one anywhere at the time, and inquiries to his publisher had received no response, and could he tell me where I could purchase a copy.  (I received an autographed copy from him at the following Congress of Genealogical and Heraldic Sciences in Besançon, France by way of the Deputy State Herald, Marcel van Rossum, who was attending that year’s conference in his stead.)

We met up with Fred again a while later at the Congresses in Dublin in 2004, which he attended along with his daughter Heather, and in Quebec City in 2008.  He is the sweetest man, intelligent, knowledgeable about both heraldry and his greater love, flags, and I could, and probably did, listen to him for hours. 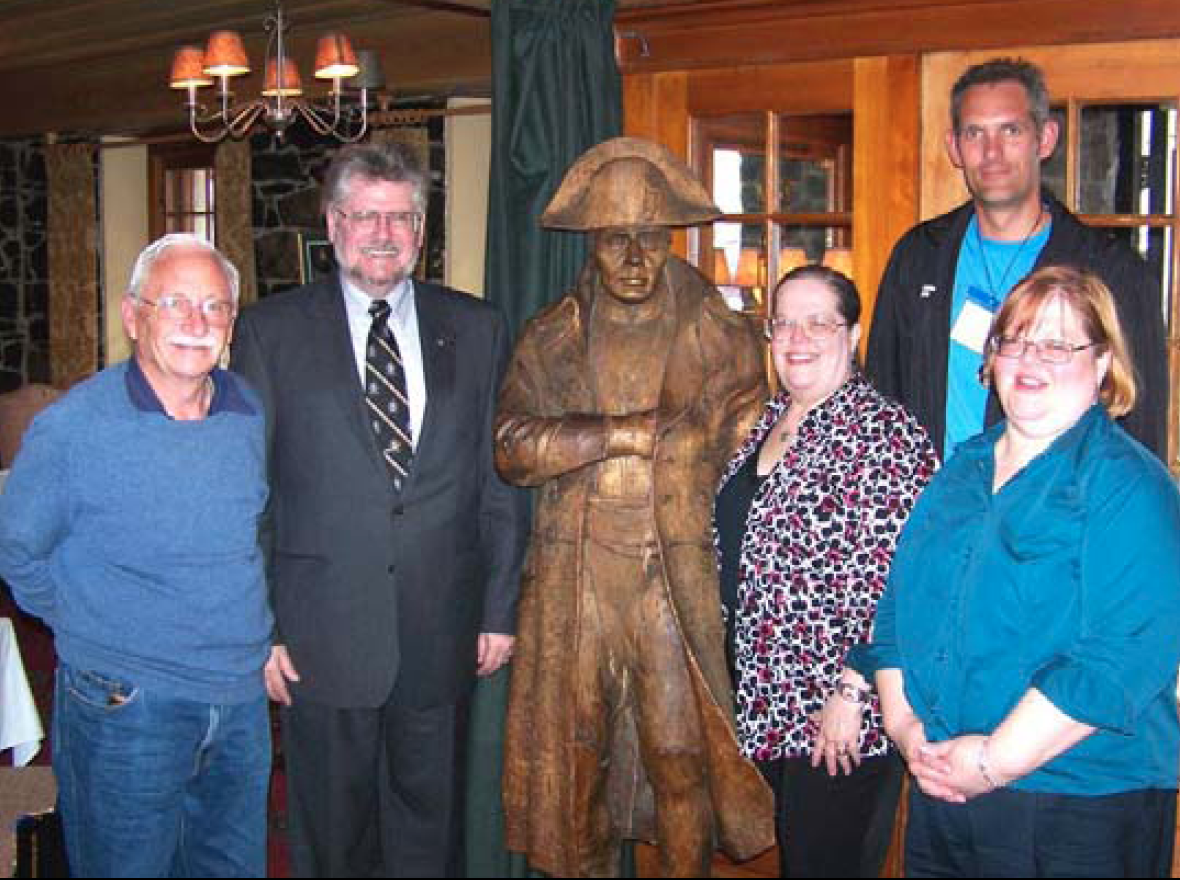 Here’s a picture of Fred and Marcel (the tall fellow on the right), along with Jo Ann (next to Napoleon)and myself and a friend of ours from Chicago, Bess Schulmeister (on the right), just after we’d all had lunch together at a restaurant, The Napoleon, in Quebec City.  We decided we just had to get our picture taken with the great man for whom the restaurant was named, don’t you know.

Anyway, with all that as background, it was a thrill earlier this week to run across an article (dated April 26, 2014) on the BBC News Magazine website about him entitled “Fred Brownell: The man who made South Africa's flag.”  Fred designed the current flag of South Africa (as well as the flag of Namibia.  He's a prolific and talented man).  It’s a great article, because not only does it give you an idea of some of the character of the man, but it gives the history and evolution of the design that was eventually accepted as the nation’s new flag, which is not something that I heard him ever talk much about.  (He’s really a very humble person, although you could tell that he was proud that his design had become the official flag of his country.)

So anyway, please feel free to click on the link here and learn a little more about Fred Brownell, formerly the State Herald of South Africa, designer of the flags of two countries, and a really, really nice guy, at http://www.bbc.com/news/magazine-27155475