A Case of Mistaken Identity?

And while it’s a less common usage, I really like the placement of the achievement of arms of the U.S. on an outline of the State of Oklahoma as used by the Western District, combining as it does their federal jurisdiction and their physical location in the State of Oklahoma. 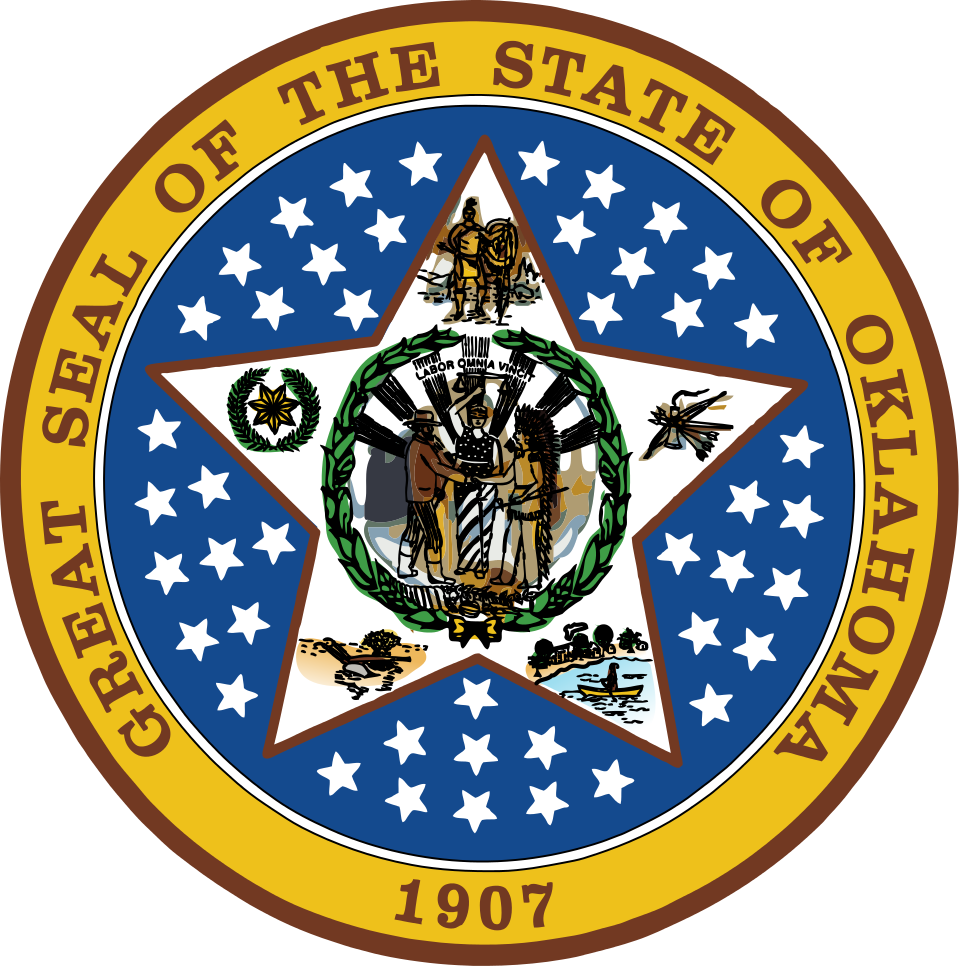 They are using the official emblem of an entity of which they are not a subdivision.  Yes, they are physically located in the State of Oklahoma, but they are not a part of the State of Oklahoma.  (The State has its own district courts, 77 of them according to Wikipedia, which may, and probably do, use the Great Seal of the State as appropriate.)  The United States District Court is a part of the federal judiciary, whose judges are not elected by the people of the State of Oklahoma, and it should not be using the seal of that state for its insignia.
If this were occurring in Scotland (and if I lived there!), I’d write the Procurator Fiscal of the Court of the Lord Lyon about this very public usurpation of arms.  But it’s not (and I don’t), and there really is no way to enforce the correct use of heraldry here in the United States, much less in the State of Oklahoma.  Indeed, they probably assume that because they are physically situated in the state, that it is perfectly appropriate for them to use the Great Seal of that state.  They’re wrong, but there is little that I can do about it.  Except to sit here, appalled and frustrated, and rail about it to you.
Okay, rant over.  I’ll go back to my books and find some more heraldry being used appropriately.