Another Less Than Stellar Example


(Okay, I'll admit that the title of this post is an originally unintended pun; I caught onto it as I was 2/3 of the way through writing the post, and decided it was good enough - or bad enough - that I just had to keep it.)

I recently ran across another coat of arms for another American city that (1) looks like it was designed by a committee, and (2) adds specific words around the shield because, well, you probably couldn't figure out which city or what state it was in if they didn't.  Or, more likely, because they didn't understand that everything that needed to be said was already included in the poor heraldic design.  So without further ado, I give you the seal including the arms of the City of Thousand Oaks, Ventura County, California. 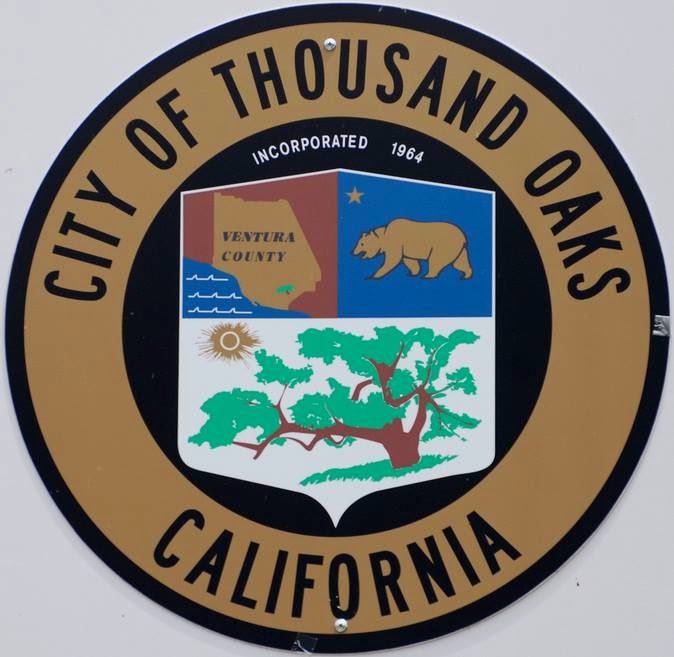 As I said, the shield itself pretty much says it all.  The bear and star pretty much tell you California (witness the flag of the state, here);

The map in dexter chief gives you not only Ventura County, but where within the county the City is placed; and the lower half of the shield shows you one of the one thousand oaks under a sunny California sky.

So the shield combines some decent heraldic symbolism (the California quarter), a map(!), and a little "landscape heraldry."  All combined with the totally unnecessary words - if you understand the shield properly - "City of Thousand Oaks California."

Email ThisBlogThis!Share to TwitterShare to FacebookShare to Pinterest
Labels: California