A friend recently shared a bit of heraldry he had run across, partly because he knew I would be interested in it, and partly because, as he said when I told him "now I'll have to go find something else to look at to try to erase it from my mind this morning,"  that "misery loves company." 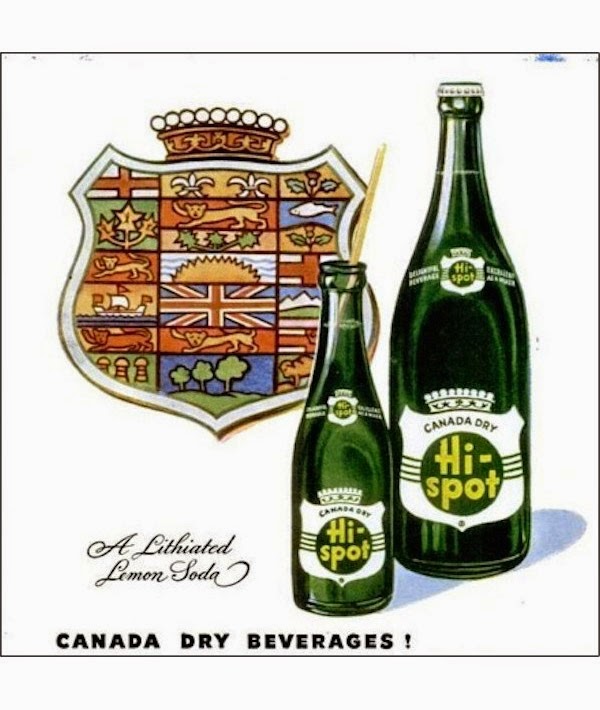 You may, perhaps share some of my feelings about this particular piece of armory.  As I told Tim, "Well, it's almost official heraldry.  Knowing that does not improve it."

It is, of course, with a few differences, the arms of the Commonwealth of Canada from 1907 to 1924, consisting of the arms of the nine provinces all placed together on a single shield.  (Quarterly of nine, although because each of the nine shields also has a chief, or something that could be mistaken for a chief, it looks a lot more complex.)

The arms in the center of the shield (fess point, if you will), are not quite the arms of British Columbia at that time.  The College of Arms in London had said in 1905 that the Union Flag should be on the chief, while the barry wavy argent and azure should be on the body of the shield; they are reversed here, as they had been earlier before the College stepped in and told them to fix it.  Additionally, the Canada Dry arms rearrange the positions of Prince Edward Island, Alberta, and Saskatchewan.

There's a very nice web page at http://www.loeser.us/flags/canada_note_2.html that gives a history of the coat of arms of Canada as they appear on flags from 1868 to the present, with illustrations of each iteration.

Nothing on that page, however, explains why Canada Dry has placed a vicount's coronet atop the shield.  As was said a number of times in the movie Shakespeare In Love, "It's a mystery."