I received a picture recently from a correspondent in the midst of a nice back-and-forth conversation about some Florentine heraldry.  She was kind enough to send me the following: 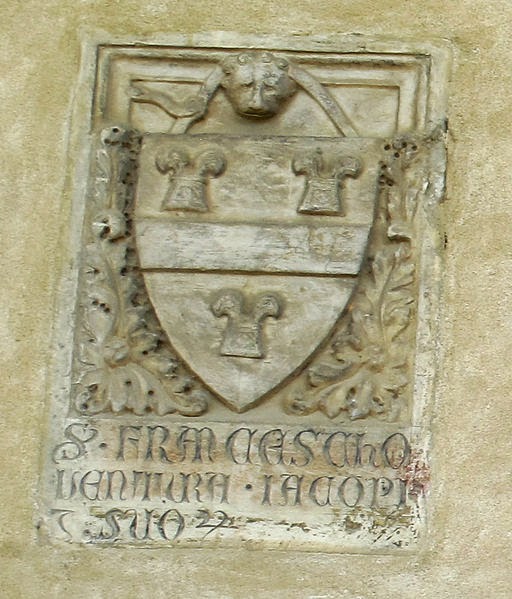 From the Basilica of Santa Croce in Florence, this is the coat of arms of Venturi.  I had written about this coat before, in my first posting back in January 2011 about our week in Florence (and all of the heraldry that can be found there!)  the previous fall (http://blog.appletonstudios.com/2011/01/heraldry-in-florence-part-one.html).  This coat, in color, was found on and in the hotel at which we stayed in Florence, the Paris.  The arms are Azure a fess between three chess rooks Or. 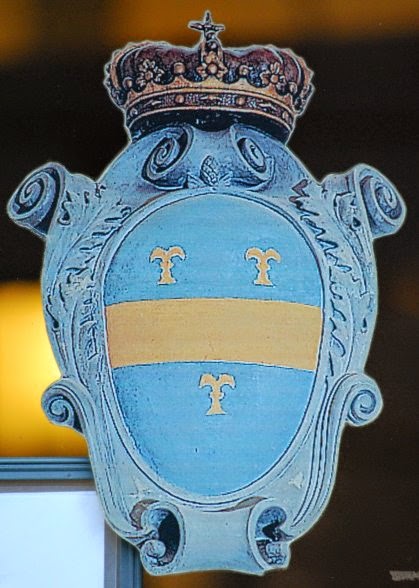 And here, since I now had a name to go with the arms, is a scan of the Venturi arms from the Stemmario Fiorentino. 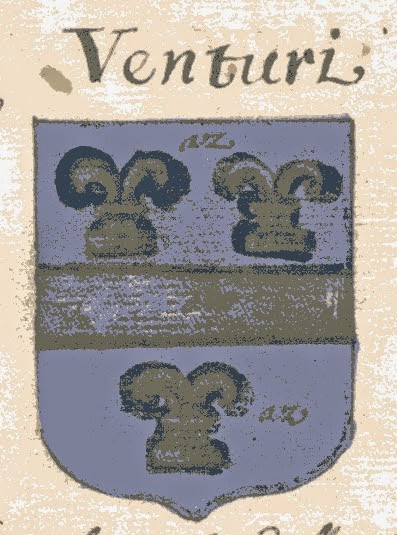 I remarked at that time that I didn’t really see any obvious connection to the City of Paris, France, but the first photograph above explains that; it’s the arms of the Venturi family, who may have or, likely did, own the building now housing the hotel there.

I swear, all this just makes me want to go back, if only to see how much heraldry I may have missed during our last trip there.  But it’s not in the cards for this year, at least.  So I’ll have to get my Florentine heraldry “fix” vicariously, through the emails of some of my friends and correspondents.

Email ThisBlogThis!Share to TwitterShare to FacebookShare to Pinterest
Labels: Florence