Of course, the arms of the Queen herself were in evidence during the Jubilee. In this picture, the banner of her arms was raised as she came on board the barge The Spirit of Chartwell which was to carry her down the Thames. 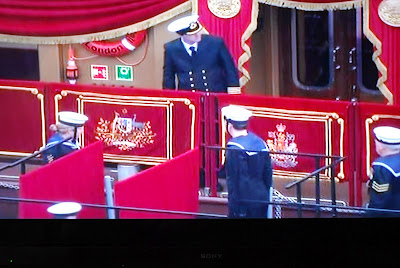 The sides of the barge bore panels with the arms of her many dominions.  Here, although the picture is a bit fuzzy (for which I apologize), Australia (on the left) and Canada. 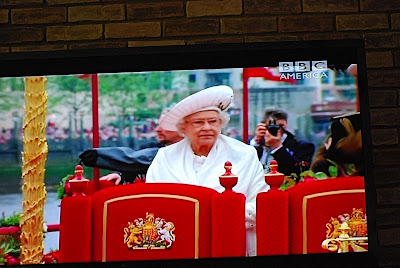 And, of course, the Royal Arms of the United Kingdom, here on the backs of the chairs for Her Majesty and Prince Philip. 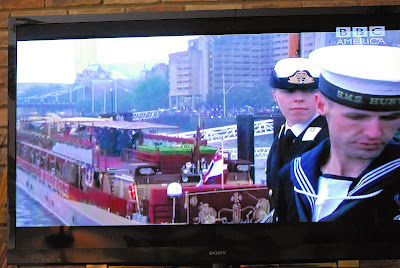 Finally, and I never did see a decent view of it, the banner that was created especially for the Queen’s barge made from hundreds of thousands of gold buttons that I wrote about in an earlier post (http://blog.appletonstudios.com/2012/05/heraldry-in-news_17.html).
Posted by David B. Appleton at 6:00 AM