There was also a fair bit of personal and non-royal heraldry on display during the Queen’s Thames Jubilee Pageant.  Much of it was hard to catch on camera, or at least capture identifiably, but here are two shots of two different banners/flags (in addition to the white on maroon one which all of the ships flew as the emblem of the Thames Pageant, a front view of a ship with masts and sails arranged to look like a crown), one a banner of arms, and the other a flag containing an entire achievement of arms. 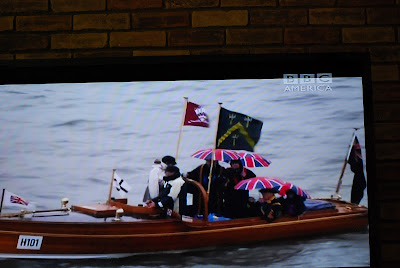 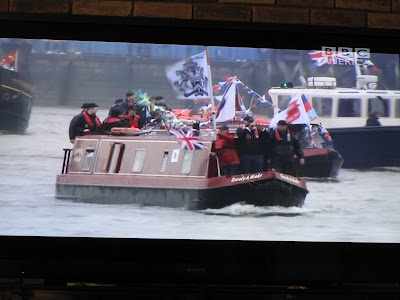 All in all, the Jubilee was a tremendous display of heraldry!
Posted by David B. Appleton at 6:00 AM