Like the Veterans Memorial in High Point, North Carolina, that I wrote about a little while back (July 21, 2011, http://blog.appletonstudios.com/2011/07/heraldry-found-in-high-point-north_21.html), the North Carolina Vietnam Veterans Memorial on the grounds of the state capitol bears the symbols, sometimes heraldic, of the five major branches of the U.S. military services: the Army, the Navy, the Marines, the Air Force, and the Coast Guard. 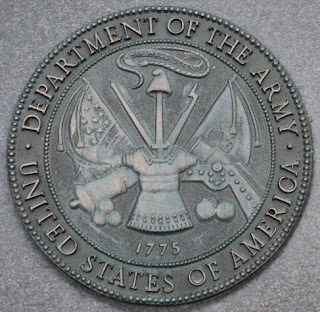 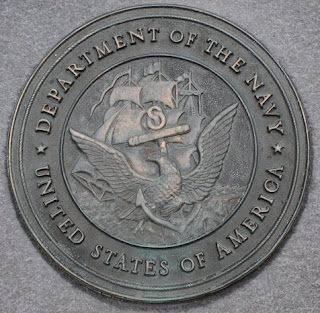 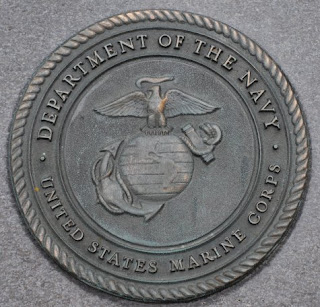 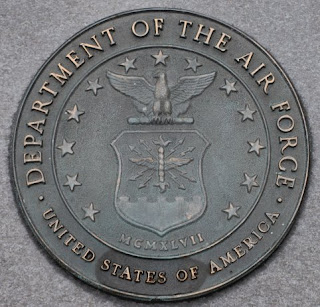 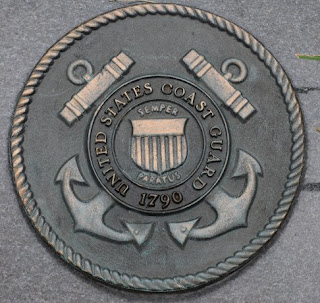 Different versions of the insignia of the Army and Navy are given on the World War II memorial just a few steps away from the Vietnam Veterans Memorial, the Army having the full achievement of arms of the U.S.: a bald eagle bearing the arms of the US on its breast, maintaining a sheaf of olive branches in its dexter talon and a sheaf of arrows in its sinister talon, holding a scroll with the word E Pluribus Unum in its beak, the whole surmounted by a glory breaking through clouds and showing thirteen stars taking the place of a crest. The Navy bears the arms of the US with the addition of thirteen stars on the chief, surmounting two crossed anchors, the shield ensigned by an eagle.