The Basilica of Santa Croce (Holy Cross) is a “must see” for any heraldry enthusiast, or history buff for that matter. There are a number of famous burials in Santa Croce: Michelangelo Buonarroti, Galileo Galilei, Niccolo Machiavelli, Dante Alighieri (just his monument; he’s actually buried in Ravenna). Burials of the not as famous – there are literally hundreds. I took well over 500 photographs at Santa Croce (including both the interior and exterior), the overwhelming majority of them heraldry rather than other monuments, and I wasn’t even maintaining my usual practice of taking two or even three pictures of each item in case one shot turned out poorly for some reason.
To be brief: There’s a lot of heraldry, in a wide variety of media: carved in stone, painted, carved and painted, carved in colored stone, using metal, in stained glass. If I were to continue to post only about the heraldry found in Santa Croce, I’d fill up this blog for the rest of the year, and bore you and myself to tears by the time we got done. If you want to know what heraldry can be found in Santa Croce, I urge to not to miss it if you ever get to Florence. But be sure to allow yourself at least the better part of a day; there’s just so much to see there. In the meantime, here’s a very brief sampling of the variety of coats of arms that can be found there. 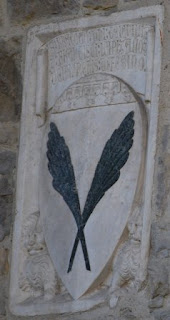 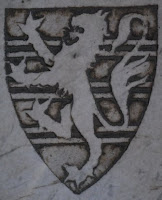 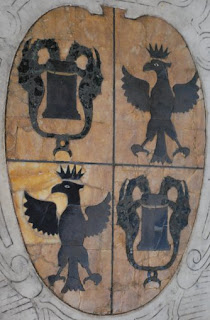 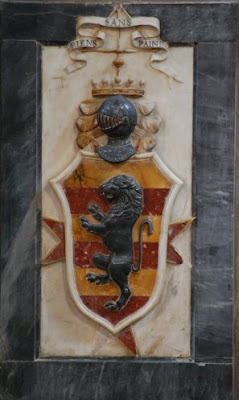 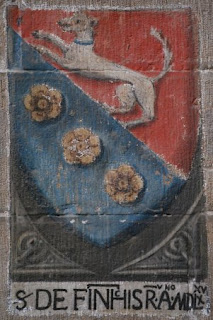 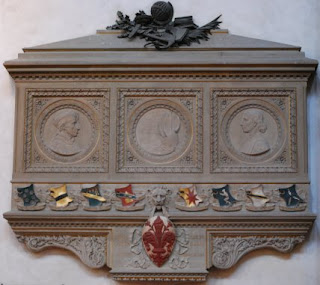 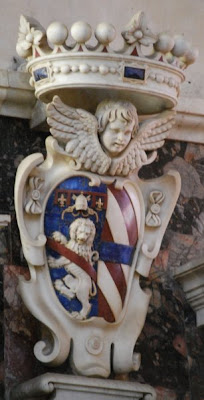 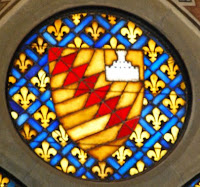 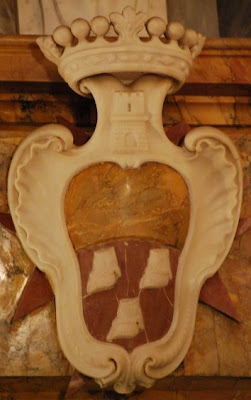