It has sometimes struck me, the Anglo-centrism of heraldry in the United States of America. I mean, in some ways I understand it, and can see to a certain extent where it comes from. After all, the primary language in this country is English (well, okay, American-English*), and many of the institutions and traditions that we share here as a nation have come down to us from England. Certainly, looking at my own family tree, the majority of the folks there have had their roots in England.

And yet we often fail to see anything except the English traditions being discussed and used when looking at American heraldry, despite of the fact that some of the oldest cities extan

t in what is now the US were not English, but Spanish. Santa Fe, New Mexico, for example, was formally founded and made the capital of New Spain in 1610, only three years after the first permanent English colony in America of Jamestown, Virginia, and a full ten years before the Pilgrims sailed for the New World. (The "Kingdom of New Mexico" had been claimed for the Spanish crown in 1540 some seventy years before the founding of Santa Fe as its capital, and long before Jamestown, or even the "lost colony" of Roanoke.)

Further, the city of New Amsterdam, now New York, was founded in 1625, just a few years after Jamestown and Plymouth, though there had been a sporadic Dutch presence in the area since its exploration by Henry Hudson in 1609. 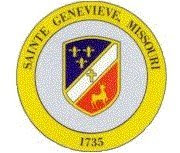 And none of this even begins to touch on the French, who explored much of Great Lakes and the Mississippi River and its tributaries from their origins in the north to the Gulf of Mexico and built a number of settlements in what is now the upper Midwest of the US.

In spite of all these early settlements throughout much of what is now the United States, however, when we think of American heraldry, we think of English heraldry and English rules of heraldry. I can cite a number of reasons why this might be ("the victors write

the history", & co.), but I’m not really certain that these reasons adequately explain what I consider to be the loss of a number of the heraldic traditions which truly make up our American heraldic heritage. I mean, sure, you find bits and pieces of these other traditions occasionally. The City of New York uses as the main charge on its coat of arms the four arms (or sails) of a windmill, which is often thought of here as significantly Dutch. And across the southern United States you can often find representations of the arms of Spain (Quarterly Castile and Leon), and occasionally the fleurs-de-lys of France to mark the historical fact that these nations once ruled over parts of this land.

And yet I can’t help sometimes but mourn the fact that we seem not to have taken to these other, non-English, heraldic traditions that have also influenced this young nation, and which I believe should be a larger piece of its history than we seem to appreciate.

* "England and America are two countries divided by a common language." (George Bernard Shaw)
Posted by David B. Appleton at 11:33 AM