Having now covered some of the places in Cambridge where you can find depictions of multiples of the Colleges of Cambridge University, now we are going to go a little more in-depth on some of the specific colleges.

And because the Congress we attended in Cambridge was being held at Clare College Memorial Court, just across the river from Claire College, I am going to begin with those arms.
The arms of Clare College, as noted before are the arms of Clare impaling de Burgh, within a bordure, that is to say, Or three chevrons gules, impaling Or a cross gules, all within a bordure sable goutty or. These arms come from the marriage of Lady Elizabeth Clare (1292-1360) to her first husband, John de Burgh (d. 1313). It is her arms to dexter (the left side as you look at it) because she had in her own right an honor and an inheritance superior to his. The impaled coats are encircled by a black border sprinkled with golden tears, which she adopted as a sign of mourning following the death of her third husband, Roger, Lord Damory, in 1322.
Here's a view of Clare College Memorial Court, where the conference sessions were held. If you look closely (and I have a close-up just a few photographs down) you can see the arms of Clare College carved over the square doorway in the center. 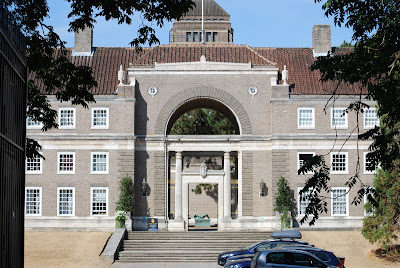 The arms on some signage, reserving parking spots and informing the public that the College is only for students, prospective students, and alumni (and, of course, people like we were attending a conference hosted by the College): 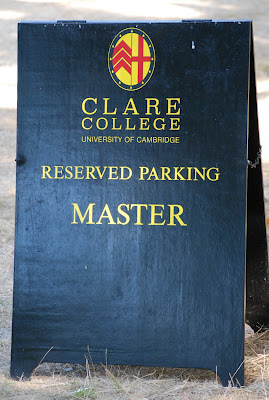 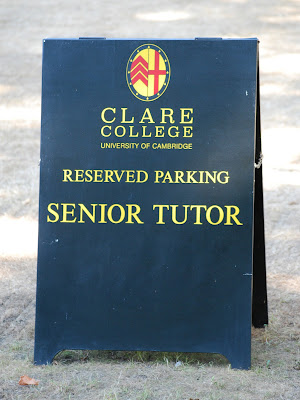 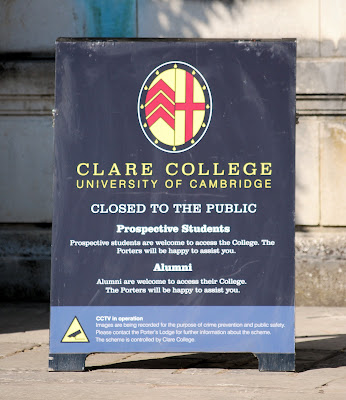 Here's the close-up of the carved arms over the doorway to Memorial Court: 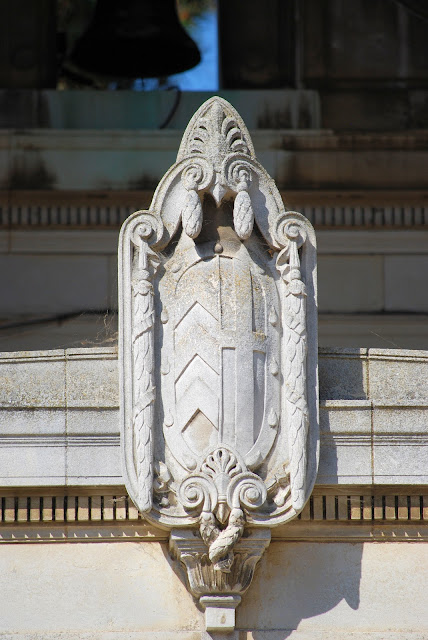 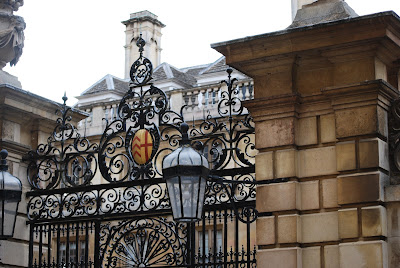 With its prominently placed arms: 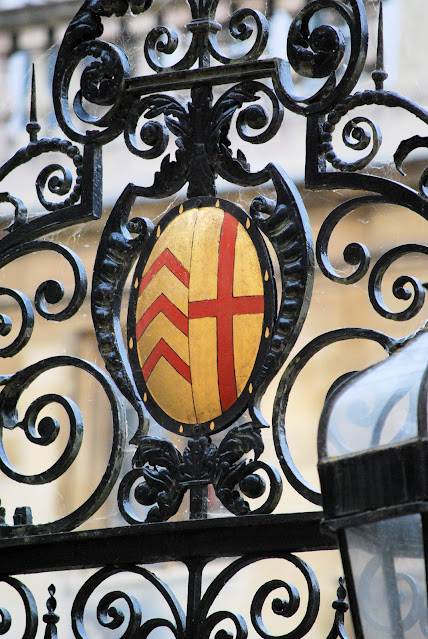 And over the doorway into the College (under repair while we were there): 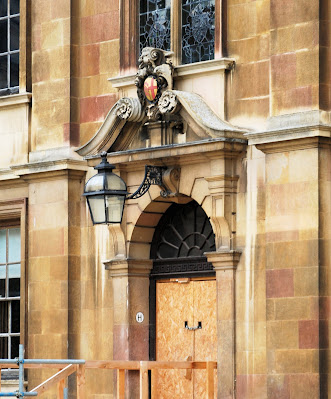 That is quite the lion's face and roses around the College's arms: 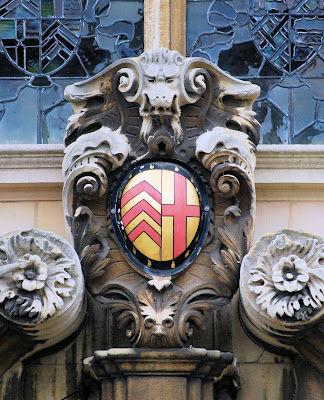 In the rear of the College, on the river side, and looking back, another nice ironwork gate: 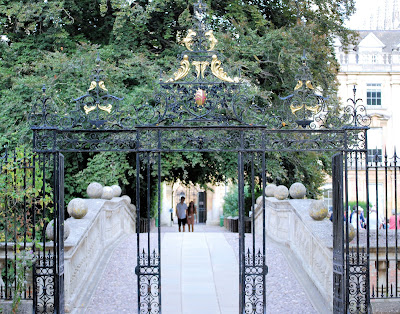 Again, with the arms of Clare College prominently but very tastefully displayed: 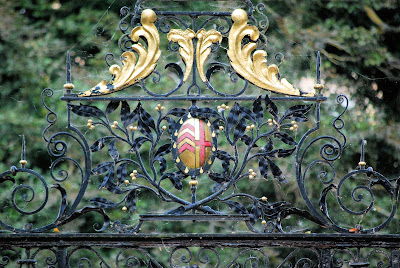 So, yes, we became very familiar with the arms of Clare College during our stay in Cambridge!
Posted by David B. Appleton at 2:00 AM